Metasoma nearly as long as head+mesosoma, as high as long in lateral view; metasomal tergite 2 with large patch of dense white setae antero-laterally; all subsequent tergites and hypopygium with micropunctures; prominent part of ventral spine of hypopygium 4.8 times as long as broad, with short white setae, apical setae not extending beyond apex of spine. Body length 4.0– 4.7 mm.

Gall ( Figs 80–86 View FIGURES 80–86 ). A large, irregular, orb-shaped gall, 15–25 mm in diameter, develops at the edge of the acorn cup. Surface covered by curved spines 2–5 mm long which are glutinous when young and can be easily broken off when the gall is mature. The gall is hard, woody and multilocular, containing many cells. The gall initially bright green to pale yellow; later the mature gall becoming white. The inner gall is thin-walled and fused with the base tissue around it. Sometimes 2–3 galls may develop on one acorn cup and may fuse together, forming a cluster. The gall is very similar to that of A. seckendorffi .

The extreme rarity of purely asexual lifecycles in oak gallwasps ( Stone et al. 2002) suggests that A. chodjaii p robably has a sexual generation. The clade of Andricus species that includes A. chodjaii all have lifecycles involving alternation between oaks in the sections Quercus (for the asexual generation) and Cerris (for the sexual generation). The sexual generation galls in this clade are commonly small and inconspicuous bud or catkin galls ( Melika, Csóka & Pujade-Villar 2000; Cook et al. 2002; Rokas et al. 2003b), and it is probable that the same is true for this new species. Possible hosts from the Cerris oak section in the region include Quercus libani Olivier and Q. brantii Lindl. (= Q. persica Jaub. et Spach ). 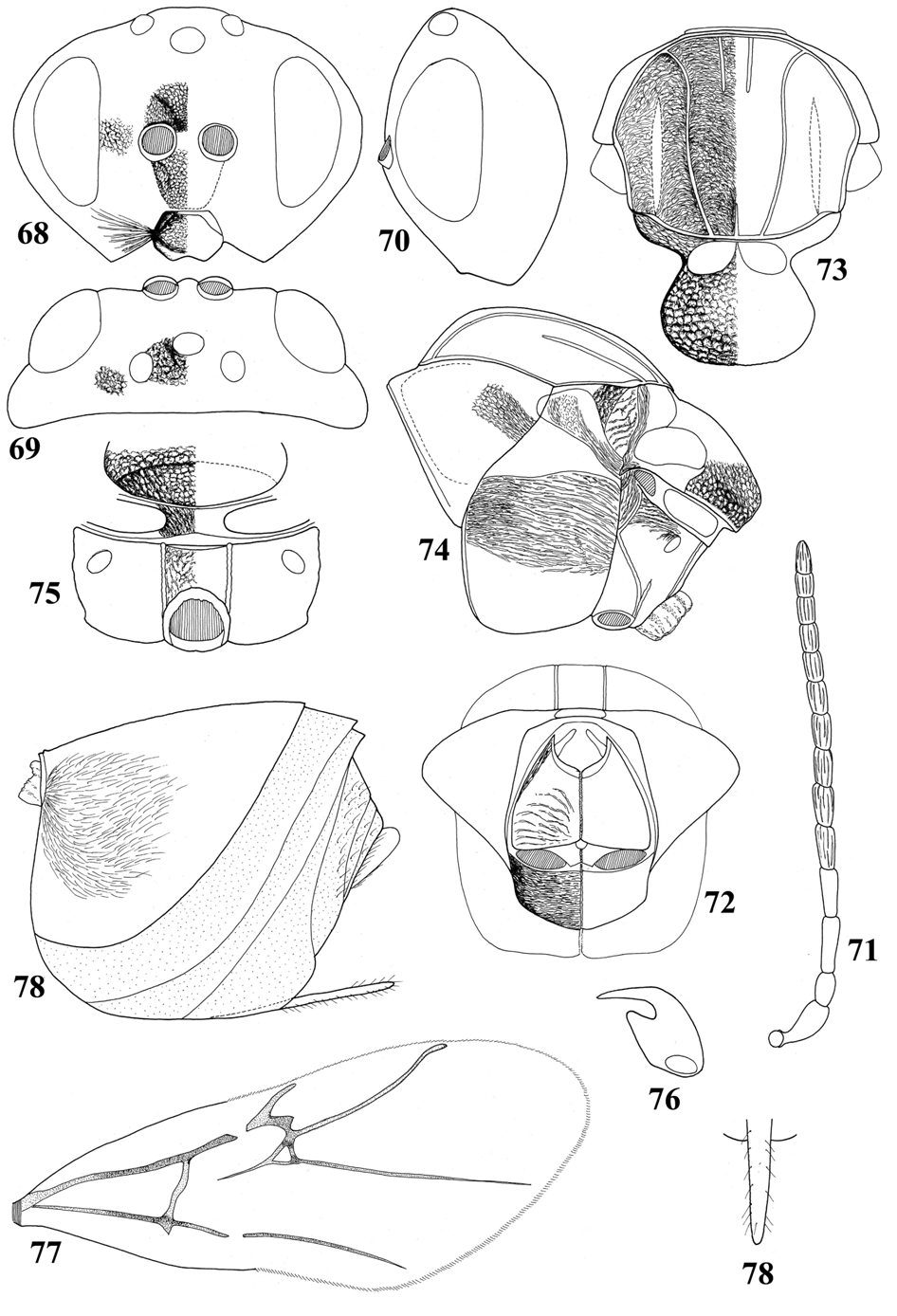