Etymology. In recognition of the continuing contribution of Dr. György Csóka (Forest Research Institute, Hungary) to research on oak gallwasps.

Gall ( Figs 62–67 View FIGURES 62–67 ). Galls are on roots which are close to the surface or on branches at ground level and up to 15–35 cm below the ground surface. Often found on the roots of fallen trees with many regrowth shoots. Commonly in groups. Varying in size from a walnut to an onion; thick walled; usually globular, multilocular, 2.5–5.0 cm in diameter. Initially fleshy, soon becomes woody. When young the gall is light brown or reddish, darkening (brownish) with age, after wasps emerged, the old gall turns black.

Distribution. Iran, known from Kermanshah province only (Gahvareh and Javanrod). 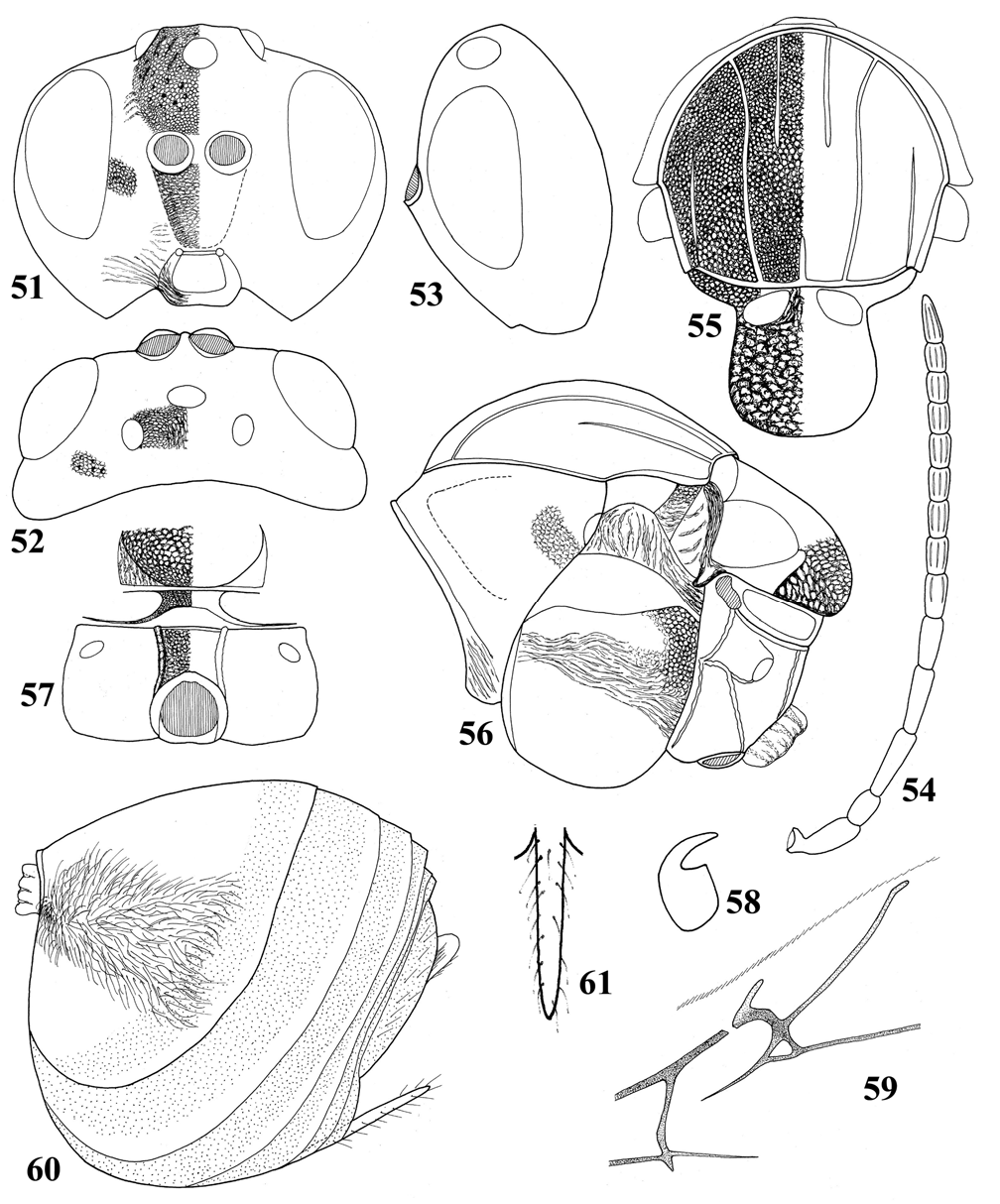 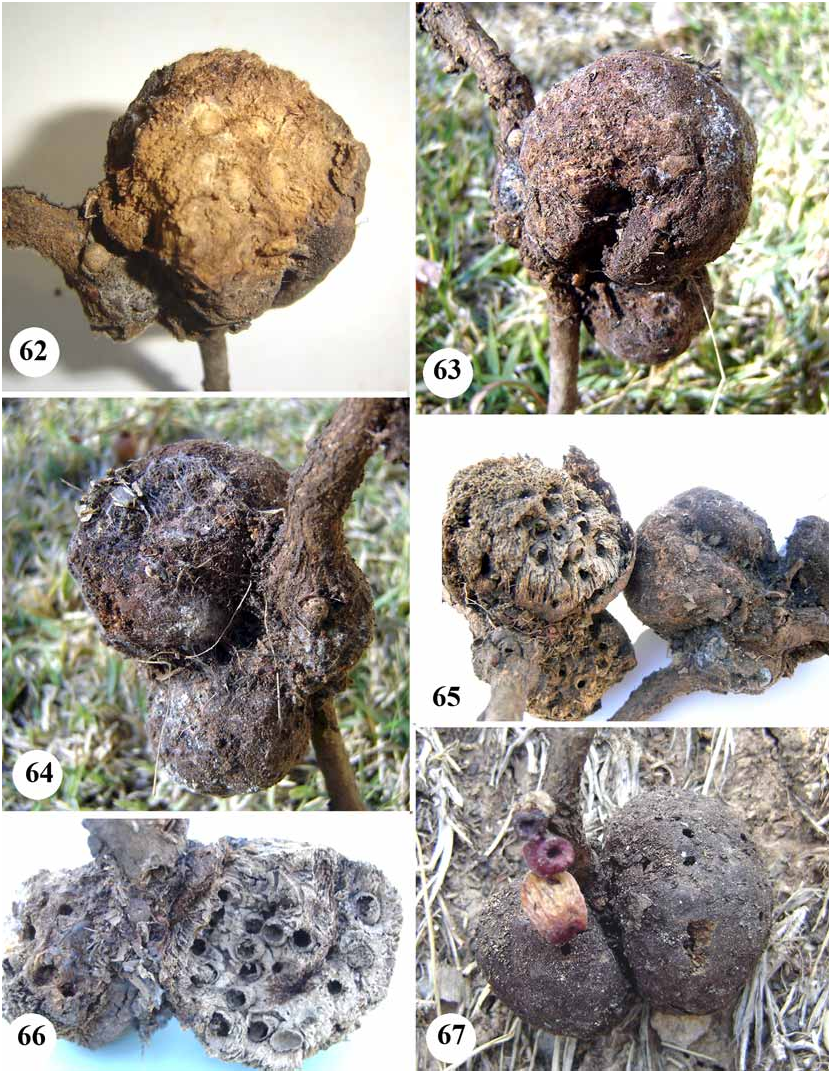