Other material examined. 10 females and 8 galls with the same labels as the type.

Etymology. In honour of Dr. M. Hassan Assareh, deputy director of the Research Institute of Forests and Rangelands, Tehran, Iran.

Gall ( Figs 29–34 View FIGURES 29–34 ). The gall develops at the base of the acorn cup and may cover the stunted acorn. The gall has an extremely irregular shape; it may be globular around the acorn, or extend into broad, pointed radiating spines. The diagnostic feature of the gall is its surface texture, which is always smooth, polished and covered in a sticky resin. Mature galls contain a small air space around a distinct thin-walled larval chamber. Across its spines, the gall is 15–55 mm high and 15–35 mm across. The gall is yellow when young, turning pale to reddish brown when mature. The gall of A. dentimitratus closely resembles that of A. assarehi , however, the later with much longer radiating irregular spines and the shape and form of the gall is more irregular, strongly varying.

Biology. Only an asexual generation is known from galls on Quercus infectoria Olivier. Galls appear on the tree by mid-summer; adult wasps emerge in November-December. The galls remains on the tree for one year. Rare species.

Comments. The extreme rarity of purely asexual lifecycles in oak gallwasps ( Stone et al. 2002) suggests that A. assarehi p robably has a sexual generation. The clade of Andricus species that includes A. assarehi all have lifecycles involving alternation between oaks in the sections Quercus (for the asexual generation) and Cerris (for the sexual generation). The sexual generation galls in this clade are commonly small and inconspicuous bud or catkin galls ( Melika, Csóka & Pujade-Villar 2000; Cook et al. 2002; Rokas et al. 2003b), and it is probable that the same is true for this new species. Possible hosts from the Cerris oak section in the region include Quercus libani Olivier and Q. brantii Lindl. (= Q. persica Jaub. et Spach ). 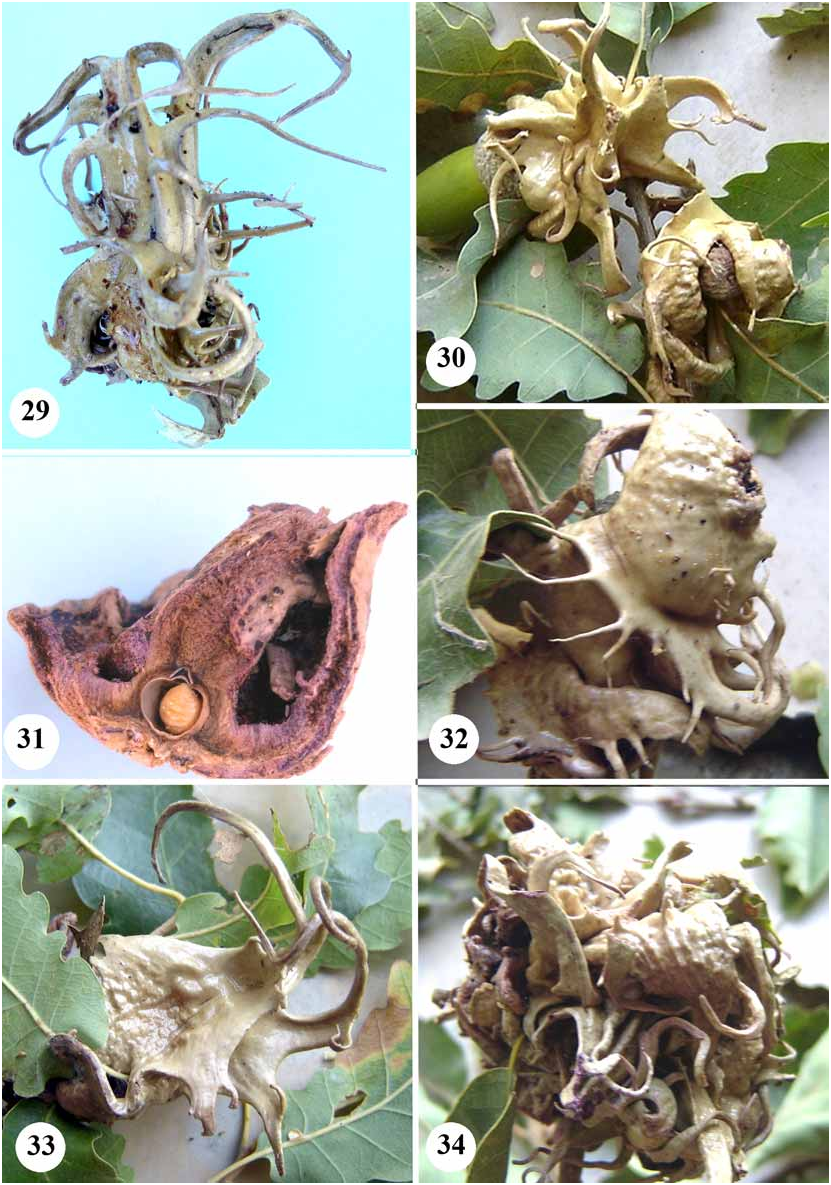