Ethymology. The species name is arisen from Latin adjective ‘ exoticus  ’ for unusual combination of characters.

Beside the Oriental genera of Metrodorinae  , such as Mazarredia  , Xistrella  , Pseudoxistrella  Orthotettixoides  , Bermania and some others, which are characterized by narrow, advanced and broadly rounded frontal ridge, only in Cleostratoides  the lateral ocelli are situated just under fastigium of vertex and the antennal sockets are placed distinctly above the lower margin of eyes, like in the genus Cleostratus Stål, 1877  of the subfamily Cleostratinae  Hancock, 1907. However, in the latter genus, the fastigium of vertex is far produced beyond anterior margin of eyes and the median ocellus is situated near the middle of eyes (in Cleostratoides  fastigium of vertex is not produced beyond anterior margin of eyes and median ocellus is placed distinctly below the lower margin of eyes, which is typical for the subfamily Metrodorinae  ). 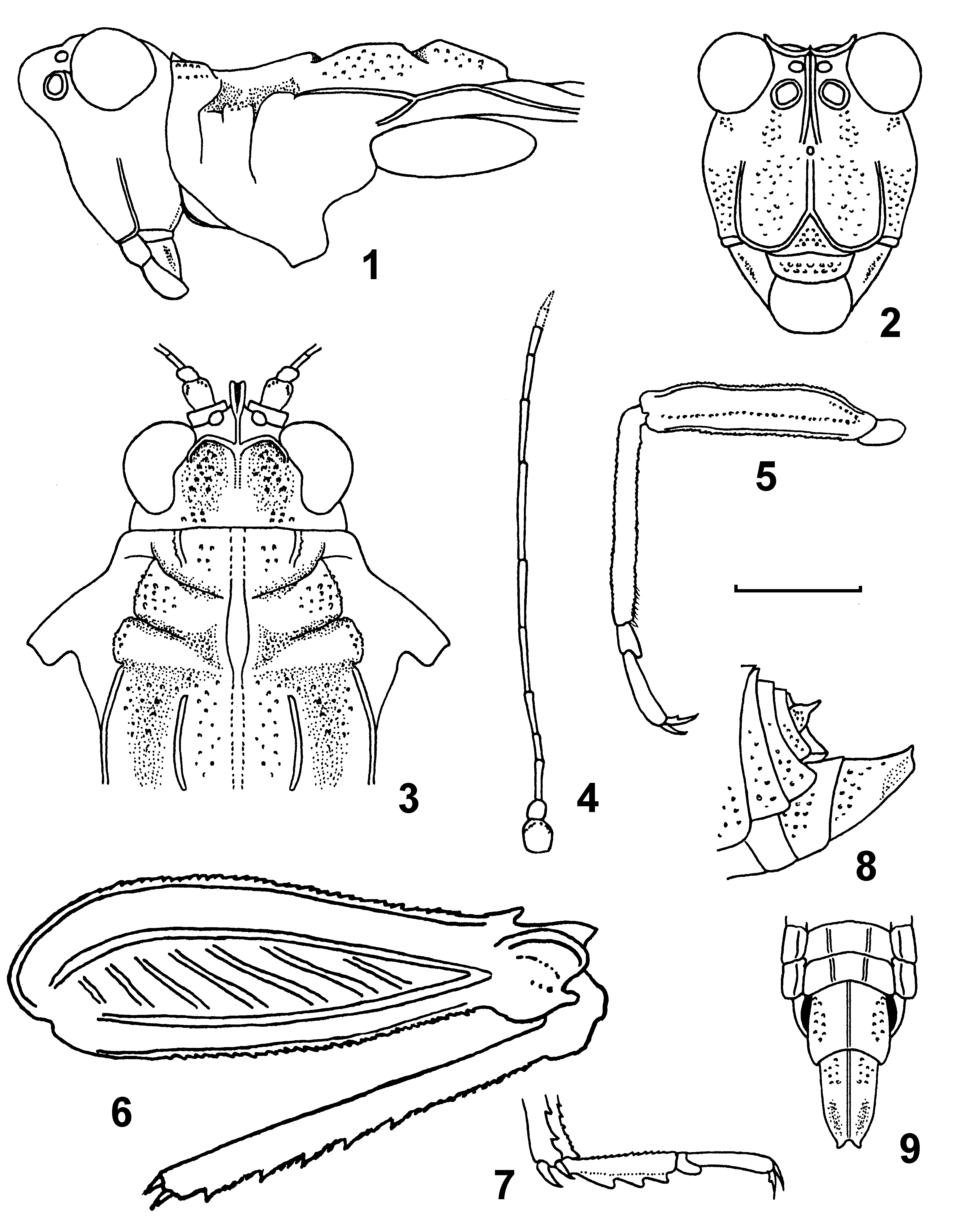 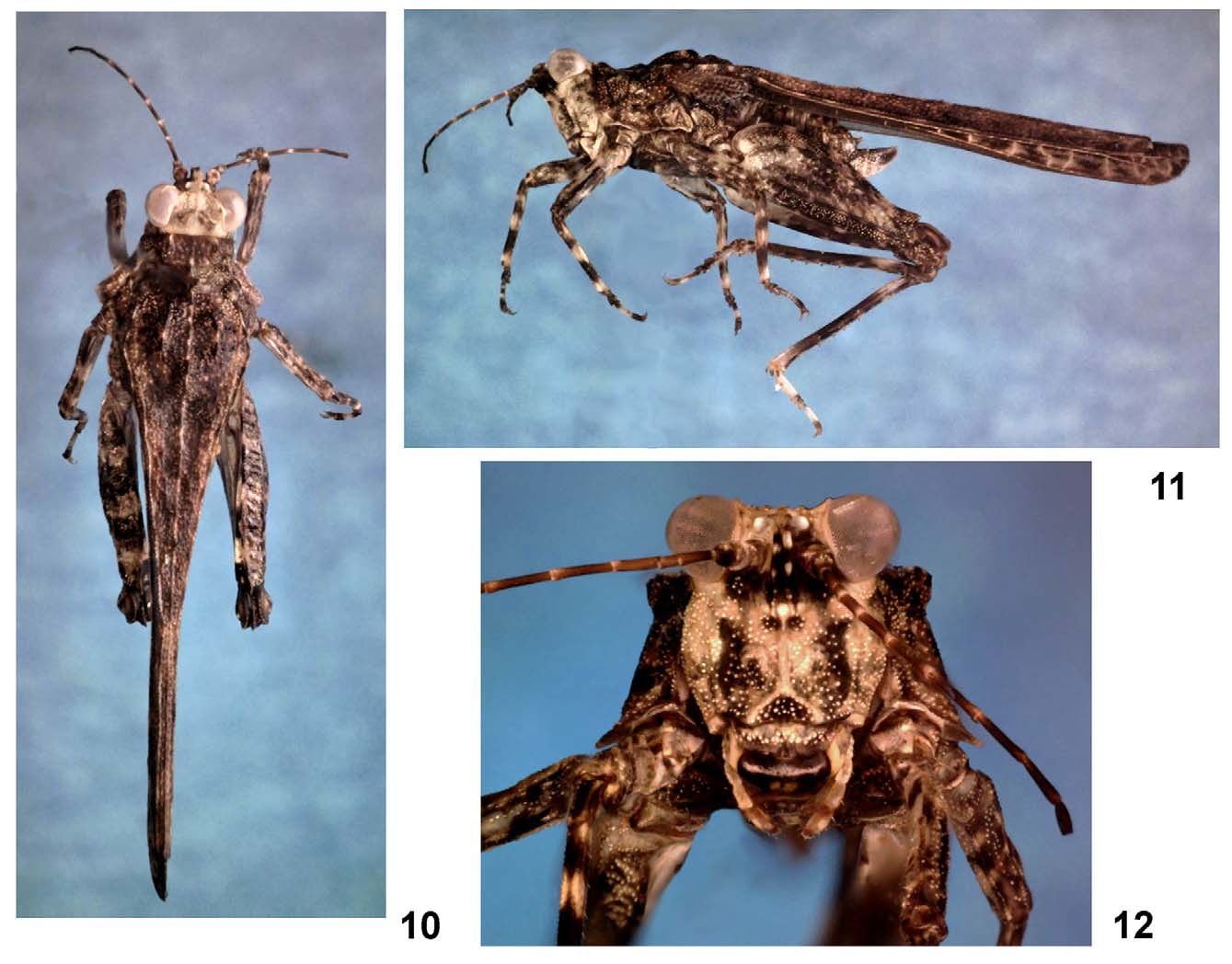