In the genus Pterygosoma  the gnathosoma  is relatively well-developed, at least three times shorter than the idiosoma and typically situated terminally or subterminally ( Figs 1View FIGURE 1 and 2View FIGURE 2).

Chelicerae. The fixed cheliceral digit (digitus fixus) is strongly reduced, and may be rounded, membranous, spiniform or branched with few or numerous tines in the apical part ( Fig. 4 AView FIGURE 4 ̄D). The movable digit (digitus mobilis) in most species has twisted so that the terminal point and the basal spur are directed laterally, thus acting as a barb or holdfast, in a similar way to the chelicerae of ticks. The basal spur is absent only in the subgenus Gerrhosaurobia and the ligare  group of Pterygosoma  s. str. (see Fajfer & Gonzalez-Acuna 2013).

Hypostome. In all pterygosomatids, the hypostome forms a flat or slightly rolled plate in which the chelicerae slide and is situated ventrally, except for mites of the genus Ixodiderma  where the hypostome lies dorsally to the chelicerae and is curved round slightly below them. In the genus Pterygosoma  the hypostomal apex takes different shapes in various species ( Fig. 4EView FIGURE 4 ̄I). It can be rounded, triangular, flat or with a small depression, and its tip may be smooth or with different-sized teeth. Fused palpal coxae are situated basally to the hypostome which form a subcapitulum equipped with one pair of proximal subcapitular setae n.

Palpal segmentation. The palpal tibia bears a well-developed claw and strongly reduced tarsus ( Fig. 3View FIGURE 3). The tibial claw is more or less curved and differs in length among different species, only in three species of Pterygosoma  ( P. gracilipalpis Jack, 1962  , P. tuberculata Jack, 1962  and P. caucasica Jack, 1962  ) the tibial claw is absent and the eupathidion (ζ) is present. In most Pterygosoma  species the palpal tarsus is partly or completely fused with the tibia, whereas in the subgenus Gerrhosaurobia and the ligare  group of Pterygosoma  s. str. it is rounded, well-articulated and displaced to the ventral surface of the tibia.

Palpal setation. In all Pterygosoma  species the palpal setae are strongly reduced in number. The palpal femur and genu bears one mid-dorsal seta dF and dG, respectively ( Fig. 3AView FIGURE 3). The palpal tibia bears three setae: two lateral setae (l’Ti, l”Ti) and one dorsal (dTi) seta (only in P. gracilipalpis  , P. caucasica  and P. tuberculata  an additional seta, vTi, in the form of a eupathidion may be present as a replacement of the tibial claw).

The respiratory structures, like stigmae and peritremes are situated dorsally. The stigma openings are located between the swollen cheliceral parts in the midline of the chelicerae and the segmented peritremes run from each stigma antero-laterally. 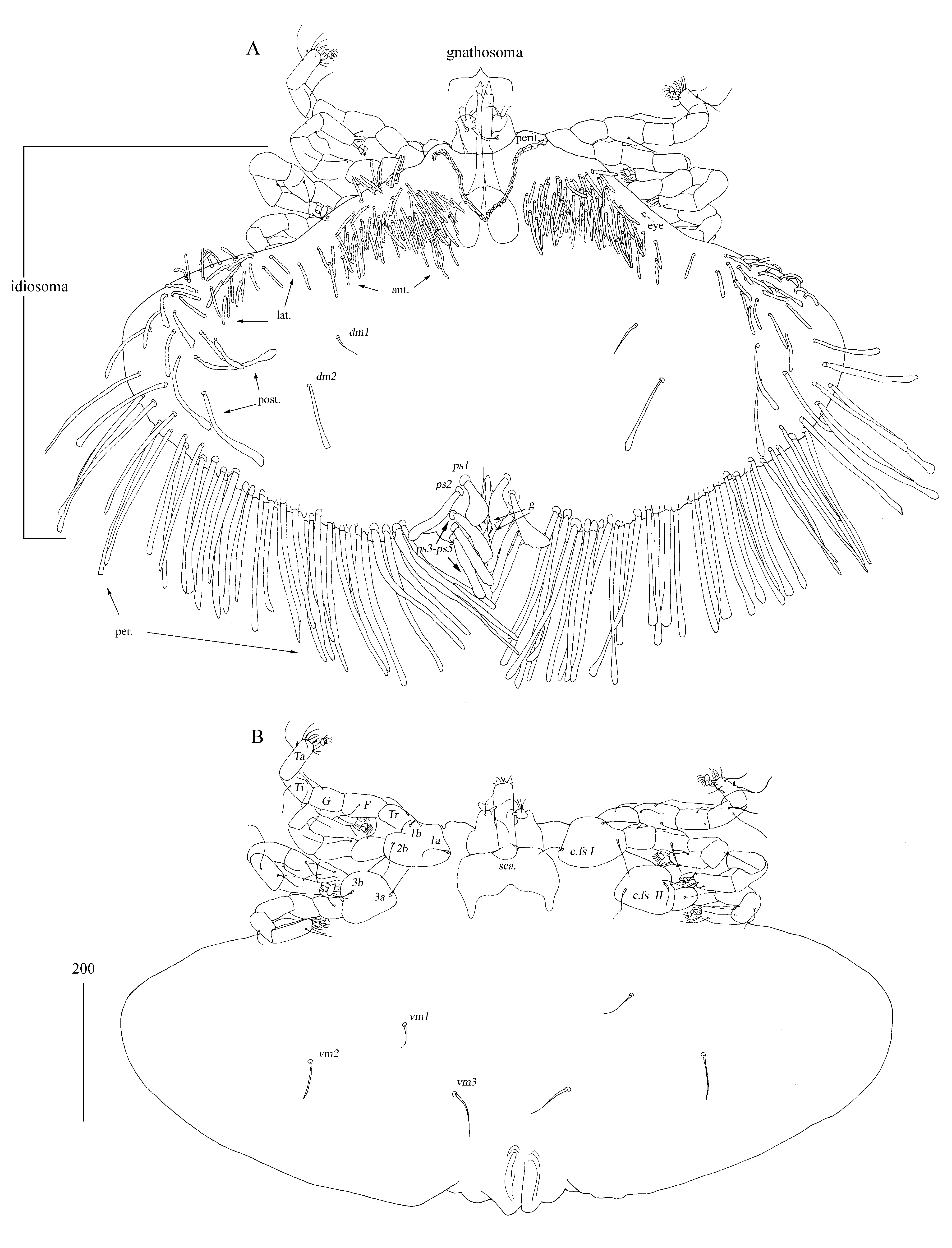 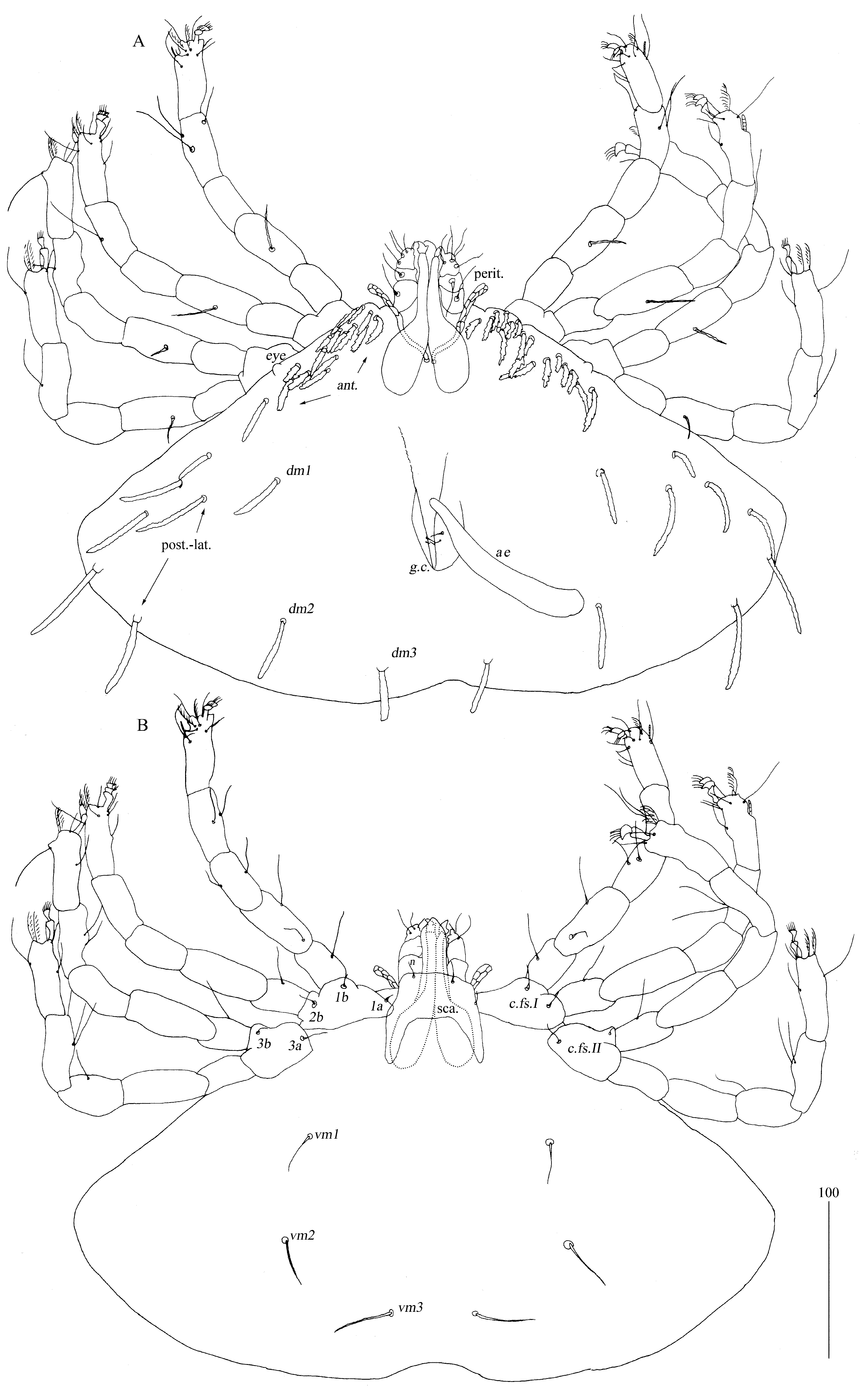 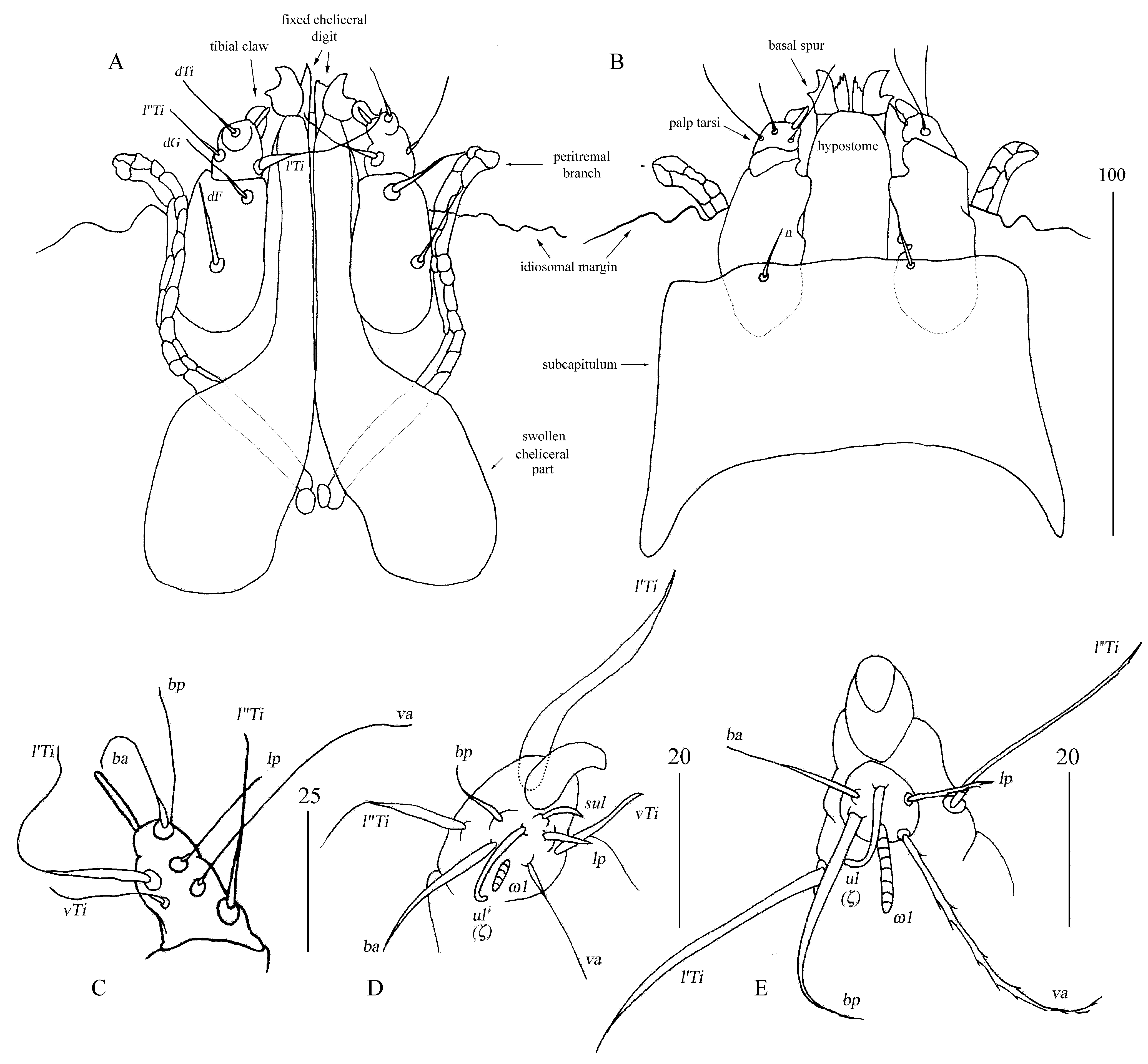 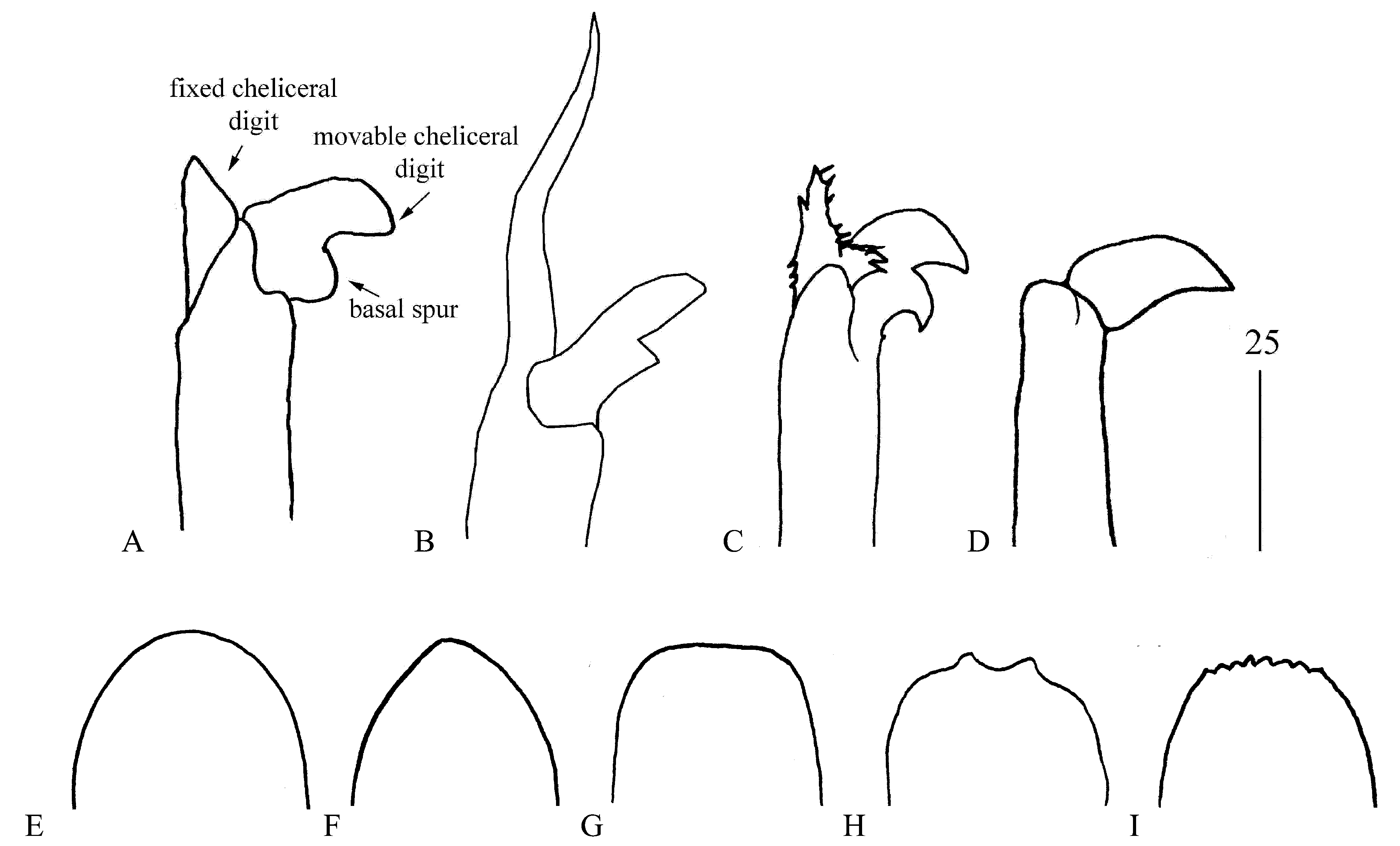