The specimen in the ZMH was designated as the lectotype by Kovařík (2000: 176). Kraepelin (1898a) apparently examined more than one specimen because he reported a number of pectinal teeth between five and seven, whereas the present male has six teeth on each pectine. In the absence of the other syntypes, we agree with Kovařík’s assessment.

Adolphe (1829-1857), Hermann (1826-1882) and Robert Schlagintweit (1833-1885) were German explorers who regularly sent zoological specimens collected during their travels to Henri de Saussure (1829-1905). In 1854, the brotherhood was commissioned by the East India Company to organize a scientific expedition in their territory. For the next three years, they explored the Deccan, and then the Himalayas, Karakoram and Kuen-lun Mountains (Schalgintweit, Schlagintweit and Schlagintweit 1861). The present specimen was probably collected during this expedition. 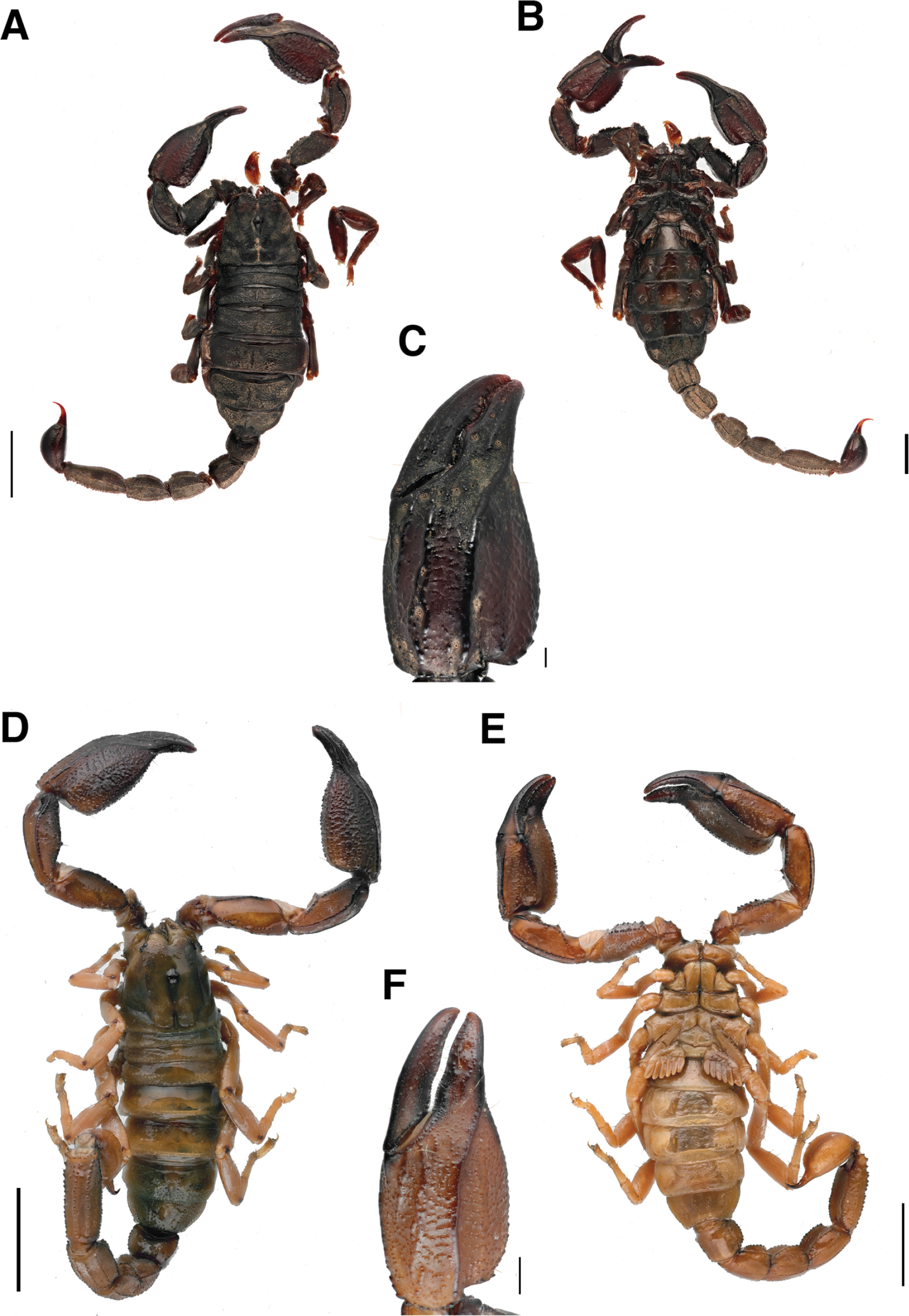