Etymology. The name means “like a mirror” and refers to the shining patches on the dorsal hindwing and ventral forewing. The former is more extensive than it is on most species in the genus.

Distribution and phenology. The species is known only from the holotype taken in June.

Diagnosis and discussion. Porphyrogenes specularis appears most similar to the male assigned by Evans (1952) to P. sororcula (see also above under that species). Porphyrogenes sororcula was named from a single female from French Guiana ( Mabille and Boullet 1912) and Evans (1952) was unsure if he properly associated a male, also from French Guiana, at the BM(NH). Porphyrogenes specularis apparently differs from that male in several respects. The hindwing has the central portion of the anal margin convex (this reported as “nearly straight” for P. “ sororcula ” by Evans 1952) and no mention was made of a prominent speculum anteriad on the dorsal hindwing. Additionally, Evans (1952) reported the tufts (erroneously as on the forewing) as being brown on P. sororcula ; the anterior is brown on P. specularis , but the posterior is a much paler tan in color. The genitalia of the taxon from Rondônia also show several differences from those illustrated for P. sororcula by Evans (1952; note again that his genitalic figures for Porphyrogenes are uniformly poor): the tegumen is shorter, the uncus is much narrower with its arms more closely spaced, and the valva is longer with the harpe more elongate and costa/ampulla broader. We believe that the male of P. sororcula is Bungalotis immaculata (see above).

Porphyrogenes specularis is readily recognized by the extensive speculum on the dorsal hindwing with the conspicuous dark brown tuft from its proximal end. 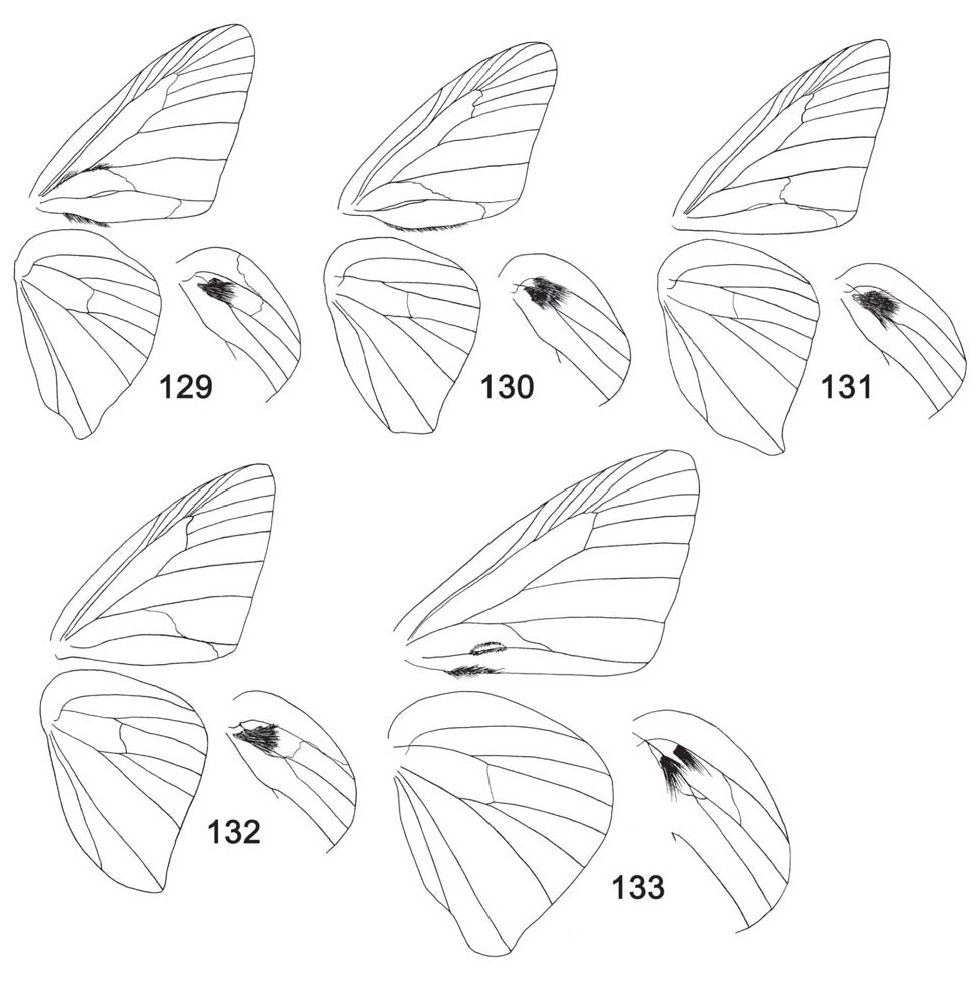