Panthea portlandia  : described by Grote from 2 specimens from Portland, Oregon, USA. Types could not be located in either the BMNH or USNM and may be lost.

Distribution and biology. Panthea virginarius  occurs mainly west and north of the Great Basin, from the coast of southern California northward to the Queen Charlotte Islands of British Columbia and the Alaskan Panhandle, eastward to central California, northern Nevada, Idaho, northwestern Wyoming, western Montana, and southwest- ern Alberta; a disjunct population is in the Cypress Hills of Alberta and Saskatchewan ( Fig. 69View Fig). Large black and white populations (syn. “ portlandia  ”) occur along the coast from central California to southern British Columbia. These are replaced by gray and black populations both farther north and farther south along the coast, and at higher elevations inland. Intermediate populations occur at lower elevations eastward as far as western Montana and extreme southwestern Alberta.

Panthea virginarius  is found in coniferous forests, in particular but not confined to Douglas-fir forest ( Pseudotsuga menziesii (Mirb.) Franco  ) at elevations ranging from sea-level to near tree-line.

The taxonomy of Panthea virginarius  has suffered from the same plethora of errors as has occurred elsewhere in the genus, starting with Grote describing virginarius  as a geometrid ( Biston  ), and finishing with McDunnough describing suffusa as a form of portlandia  because the P. virginarius  specimens he used for comparison were misidentified specimens of P. acronyctoides nigra  .

Panthea angelica  is a population of P. virginarius  in southern coastal California (Los Angeles and San Bernardino counties). Internally it is identical to nominate virginarius  , and externally differs only by being slightly more suffused with dark scales and thus appearing less powdery. The name angelica  has been widely misapplied, both in the literature (e.g., Crumb 1956) and on museum specimens of P. greyi  and P. acronyctoides nigra  , lending weight to the apparently mistaken belief that angelica  was a good species.

Specimens of P. virginarius  from northwestern Wyoming tend to be lighter gray, and specimens from Wyoming and adjacent areas of Idaho tend to have the diverticulum of the vesica and its terminal spine greatly reduced in size, and occasionally obsolete.

The various forms of P. virginarius  vary greatly in both size and in the proportions of black and white scaling, and thus external appearance varies greatly over a very large geographic area. However, with the exception of specimens in a small area of northwestern Wyoming, little significant variation occurs in the genitalia of either sex, and all are treated as forms rather than subspecies. Further study, particularly in California, may show that one or more populations there should be recognized at the subspecies level, e.g., a silvery-gray population on the Monterey Peninsula that has been reared on Monterey pine ( Pinus radiata D. Don  ) (Frank Sala pers. comm.). 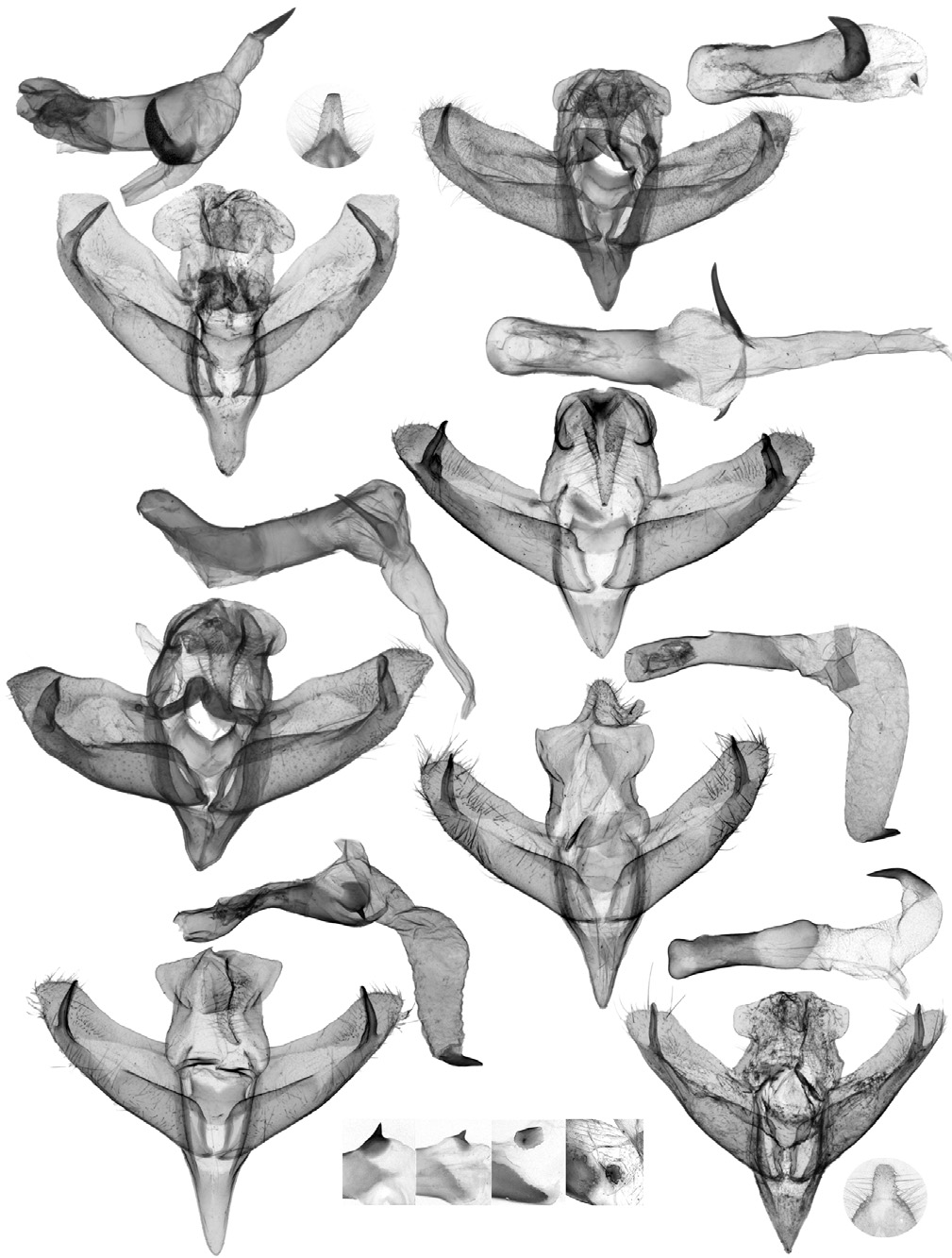 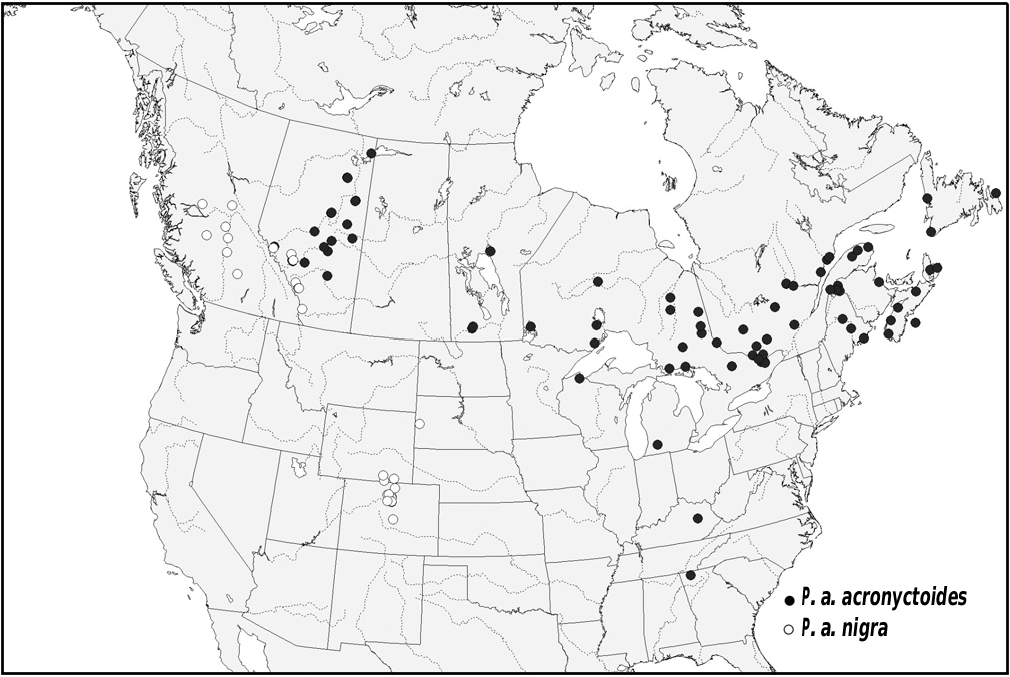