Taxonomic remarks. The most important features of this species are the short length of the primary pinnules, the uniserial secondary pinnules, the absence of tertiary pinnules and the fusions occurring between adjacent pinnules. Species without tertiary pinnules are represented by M. ulex  , M. panamensis  , and M. spinosa  while the pinnulation of M. rugosa  is too poorly described to be compared. In M. spinosa  it is reported that up to three uniserial secondaries are present, but the description lacks details to be confident with the identification. Therefore, the present specimen is not assigned to a nominal species. 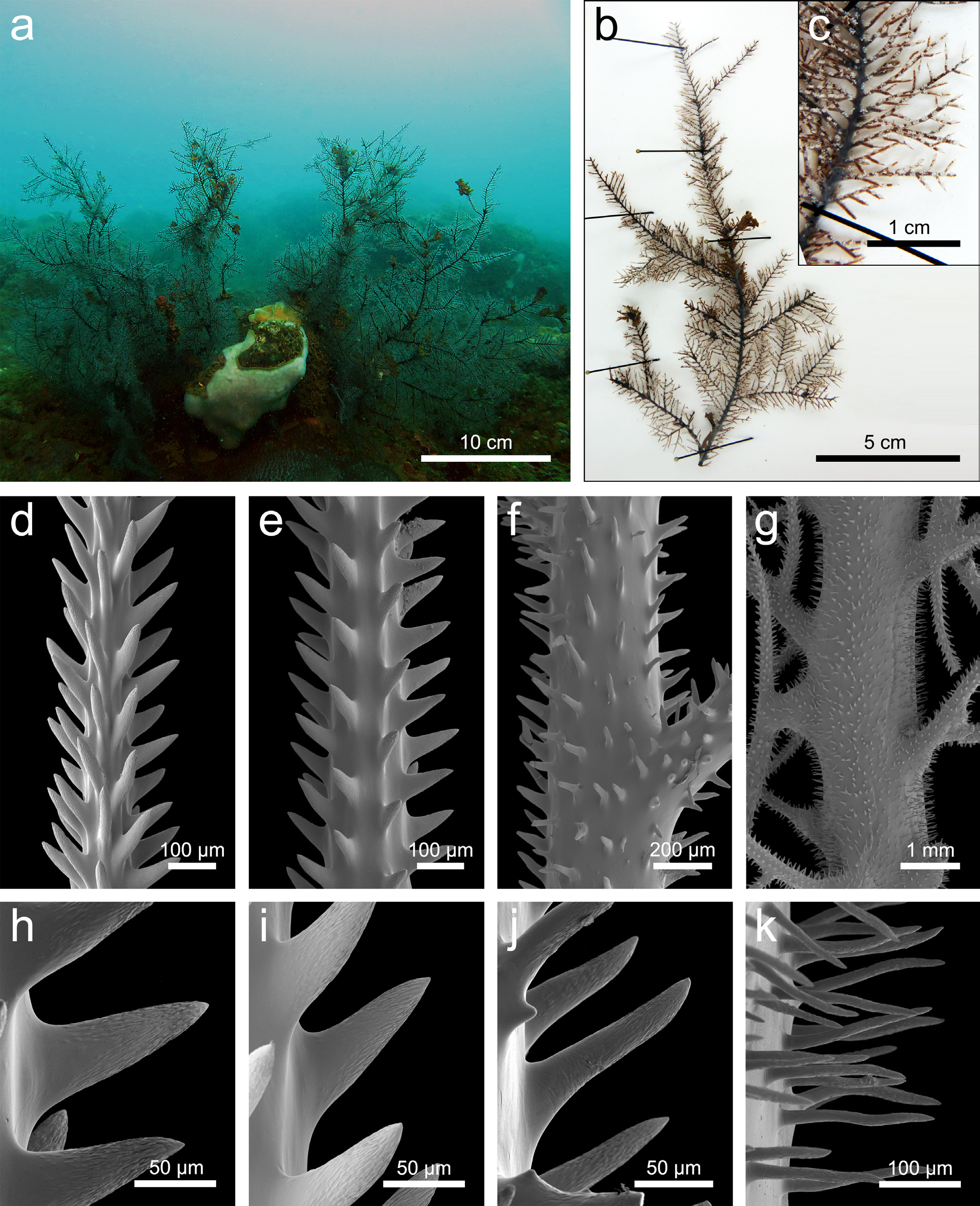