Taxonomic remarks. The type specimen originally described by Ellis & Sollander (1786) is lost. It was very succinctly described as being “very much branched, with loose, spread, very rough and pointed branches”. The drawings show small primary pinnules, with sparse small single secondaries pinnules. Later descriptions were made by Brook (1889) and van Pesch (1914). Brook (1889) stated that the pinnules were subalternate, directed anteriorly, occasionally simple but usually alternately pinnate or bipinnate, and measuring 1.8 to 2.5 cm in length. Van Pesch (1914) reported branches from 0.5 to 2.5 cm long inserted with an angle of 60°. Tertiary pinnules are absent and fusions do not occur. Based on the recent revision of Opresko (2001), this species groups in the flabellate Myriopathes  , together with M. ulex  , M. panamensis  , M. stechowi  , M. spinosa  , M. rugosa  and M. myriophylla  . It can be provisionally separated from the other species, based on a less dense pinnulation due to a lower number of subpinnules with a more planar arrangement. In the typical M. ulex  , secondary pinnules are rather sparse and usually only one is found per primary pinnule, while there are usually no tertiaries. Due to the differences in the number of secondaries, the name M. cf. ulex  is attributed here. 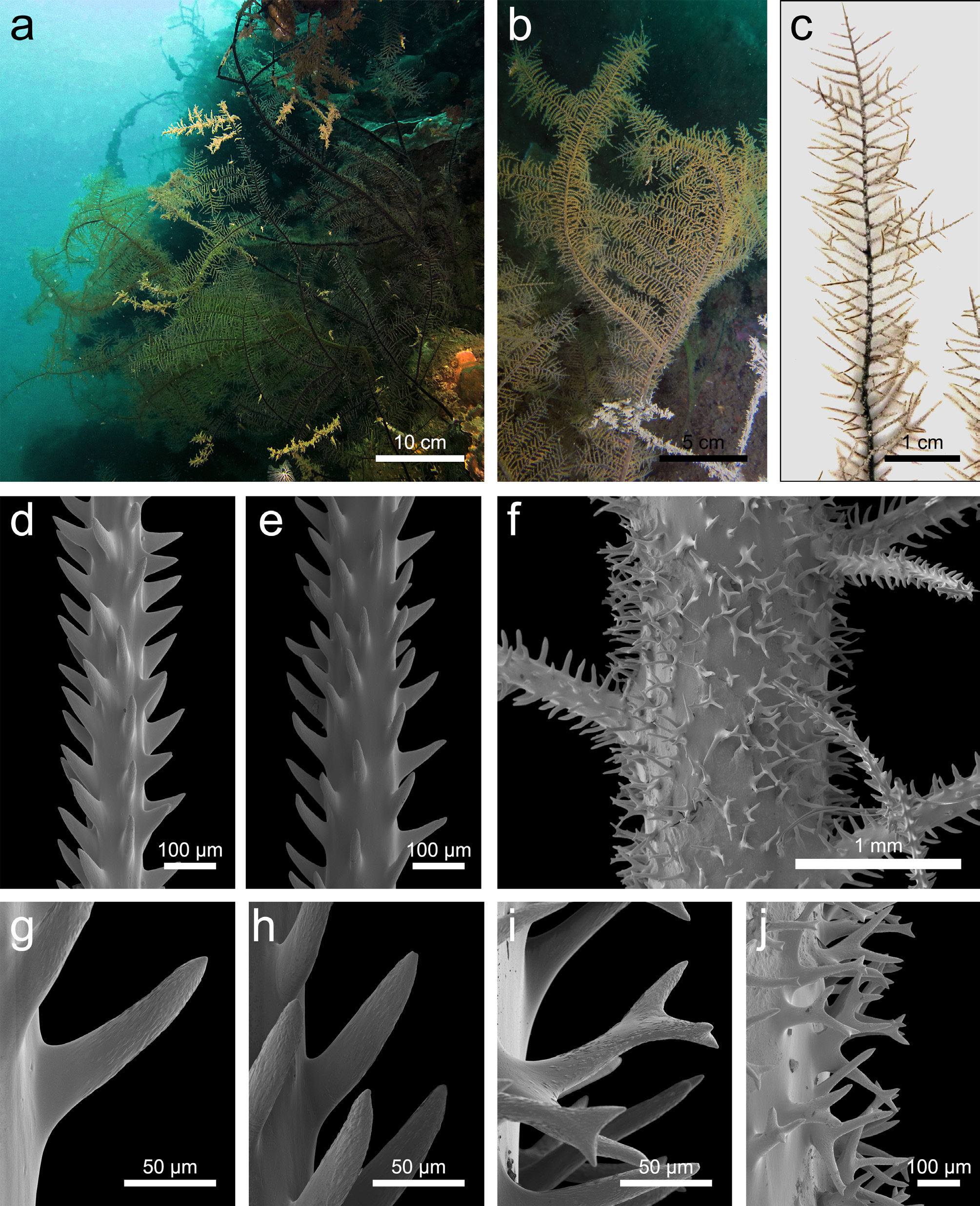