Differential Diagnosis. This species is clearly related to P. grandiceps   , based on both the external morphology and the male genitalia. Males of these two species are immediately differentiated from all other members of the subfamily by the strongly incrassate maxillary palpi. Members of P. gladiator   ( Fig. 1 View FIGURE 1 ) are differentiated from those of P. grandiceps   by the larger size (males ca. 3.19 vs. 2.81 mm, females of each species smaller), the lack of setae on the pronotum and disc of the elytra, and the convex frons. Males are additionally differentiated by several secondary sexual characters of the legs, and the aedeagal form. Females of P. gladiator   are additionally distinguished by the less strongly microreticulate pronotal reliefs. The aedeagus of P. gladiator   differs from that of P. grandiceps   ( Figs. 3, 4 View FIGURES 3–6 ) by having a less markedly sinuate main­piece, wider and more setose parameres, and the parameres do not extend beyond the apex of the main­piece.

Abdominal ventrites 1–6 in both sexes each entirely covered with vestiture, and 1–4 with apical fringe of longer, flattened setae that overlap 1/5 of adjacent ventrite, in females similar except narrow shining nonvestiture border at base of fringe; ventrite 6 in male with stout spine­like setae in apical 1/2, in female simple; ventrite 7 in male shining, on each side dense patch of short setae, in female simple; last tergite in female with apical fringe of short stout setae.

Aedeagus length ca. 0.75 mm; main­piece in ventral view tapering from base to apex, setae near midlength prominent, in lateral view thin and very weakly sinuate; distal process straight, with one seta on each side at base; parameres not extending beyond apex of distal piece, relatively wide and very setose in distal 1/2 ( Fig. 3 View FIGURES 3–6 ).

Etymology. Named in reference to the shield­like dorsum, and marked sexual dimorphism.

Distribution. Currently known only from the type locality, rock pools on the summit of the inselberg Prentjiesberg ( Fig. 122 View FIGURES 122–125 ). 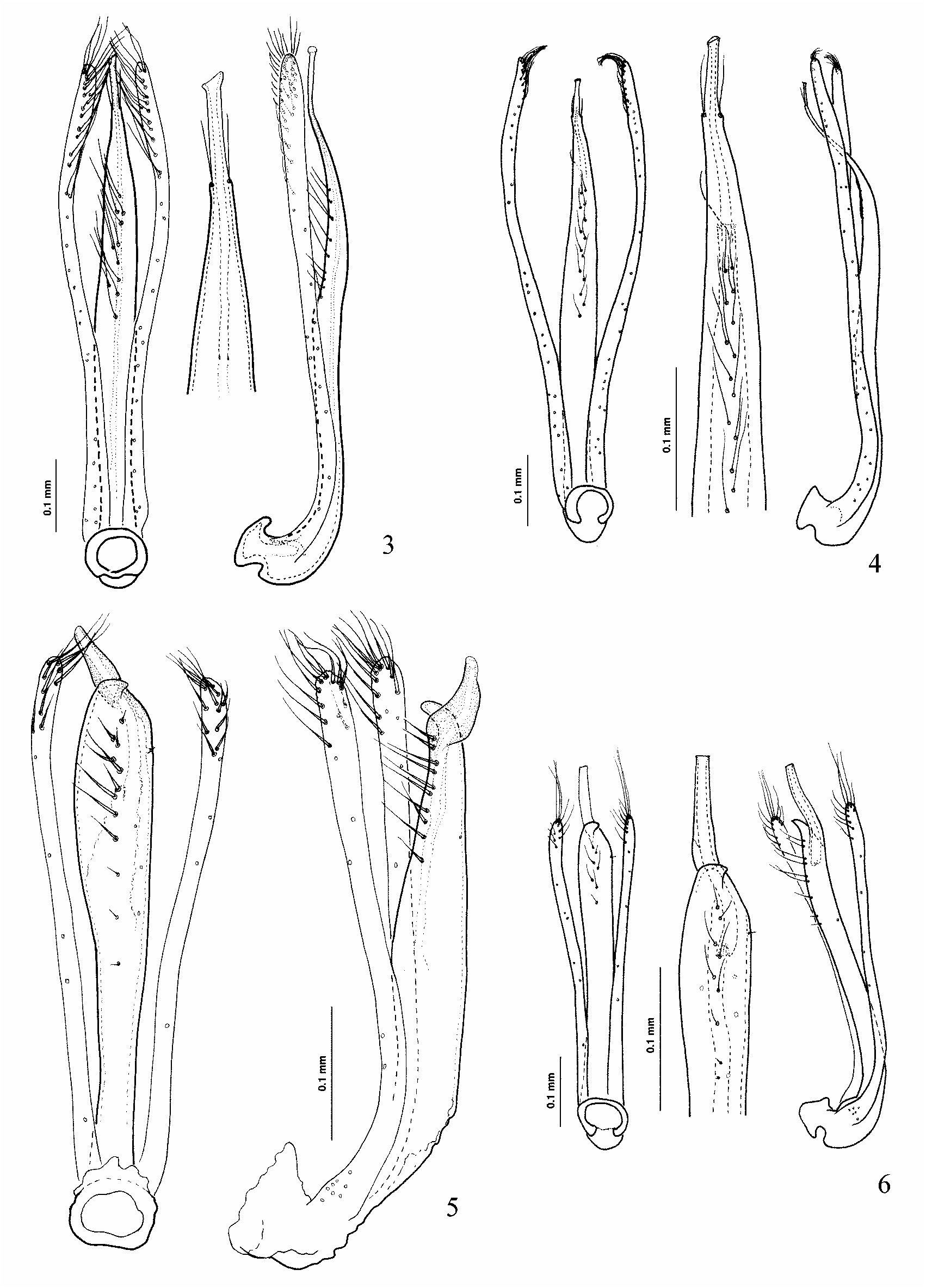