The division of Parasthetops species   into groups is herein based primarily on dorsal sculpture and general body form. In most groups the form of the male genitalia corroborate the placement of species. In other cases, however, there is considerable difference in aedeagal form within a species group. For example, the aedeagi of the three species in the camurus   group ( Figs. 33–35 View FIGURES 32–35 ) are quite dissimilar from one another; however, none of the three show any obvious similarity to the aedeagi of species in other groups. Additional study is needed to confirm the composition of some of the species groups. Perhaps additional groups will become evident when more new species are discovered. 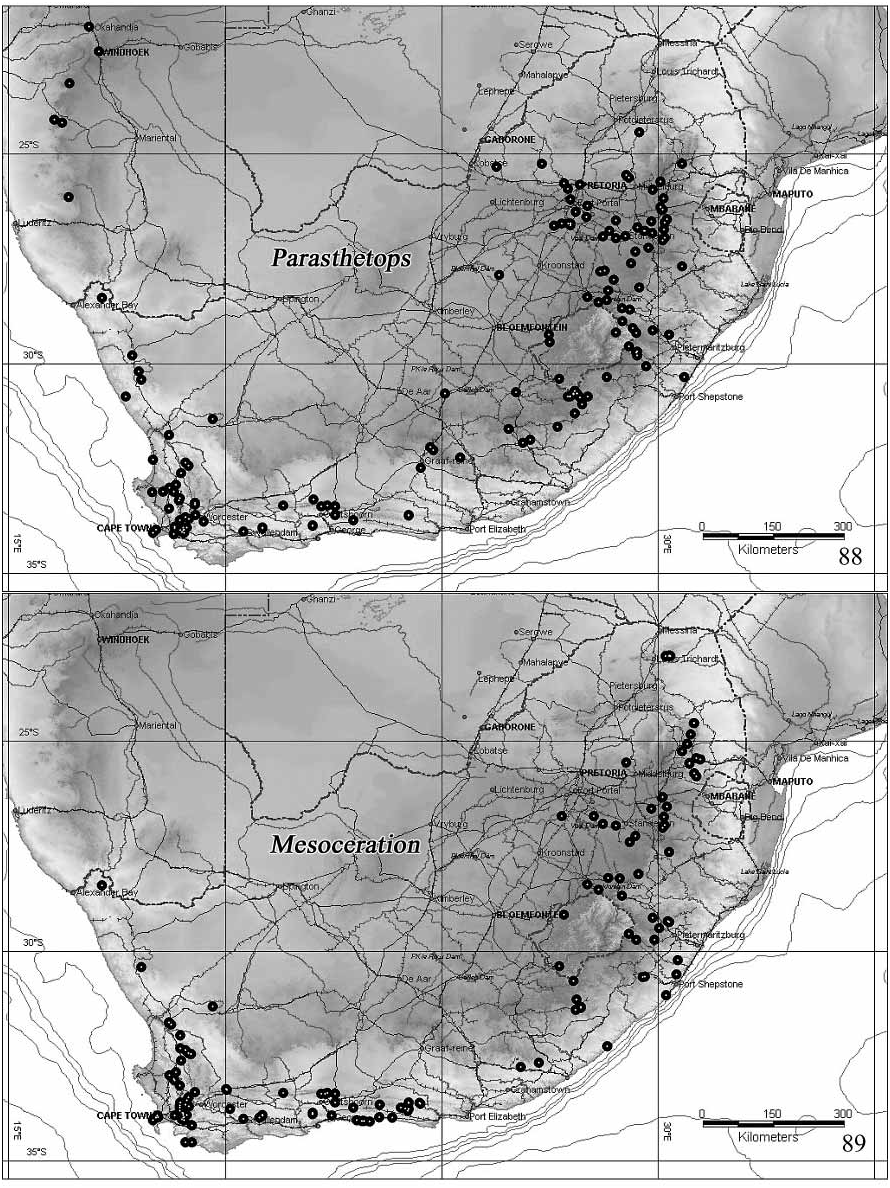 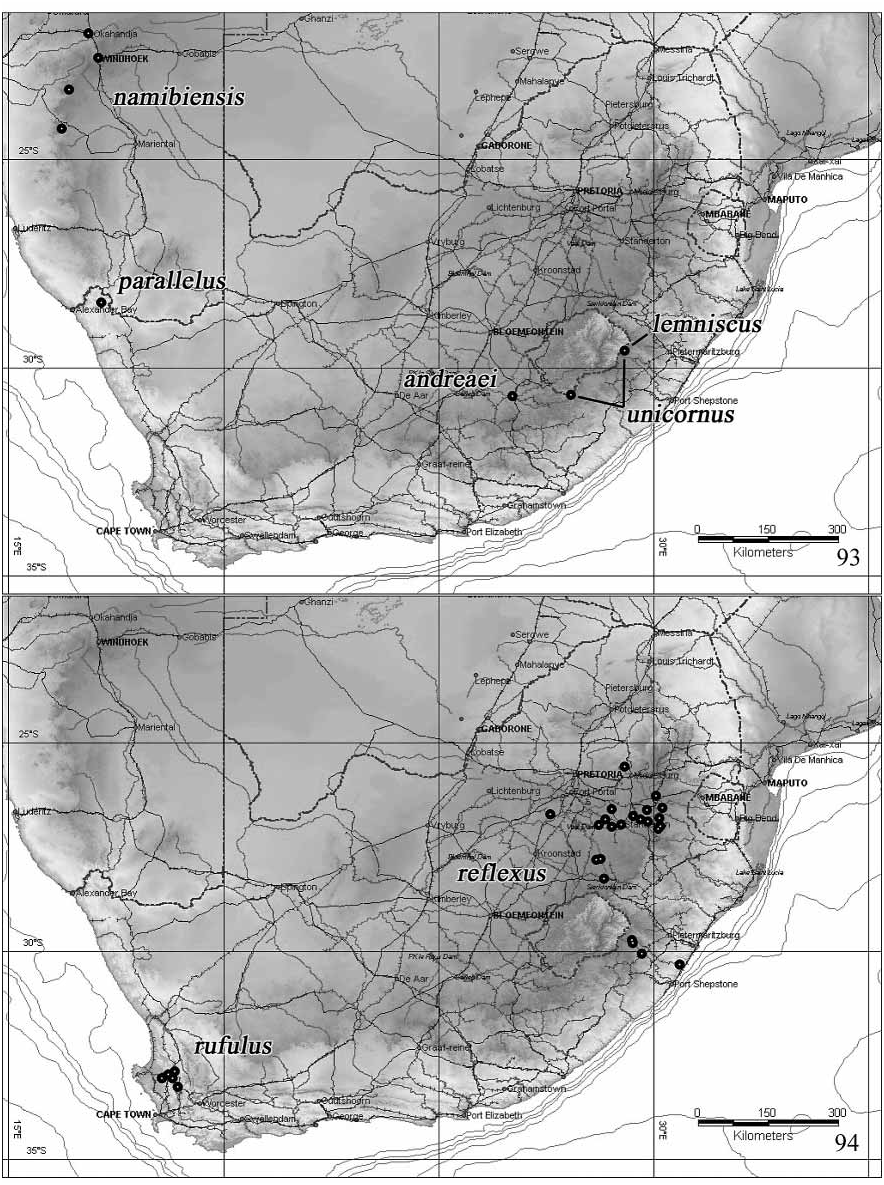 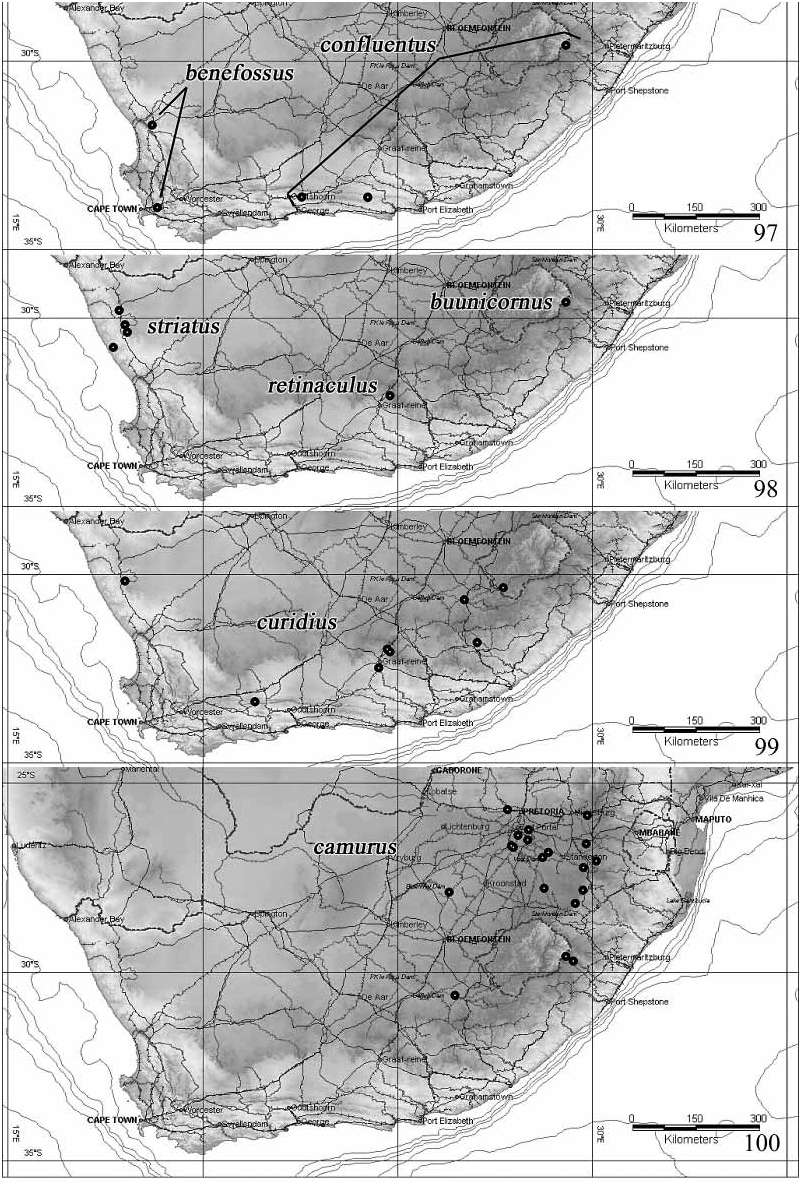 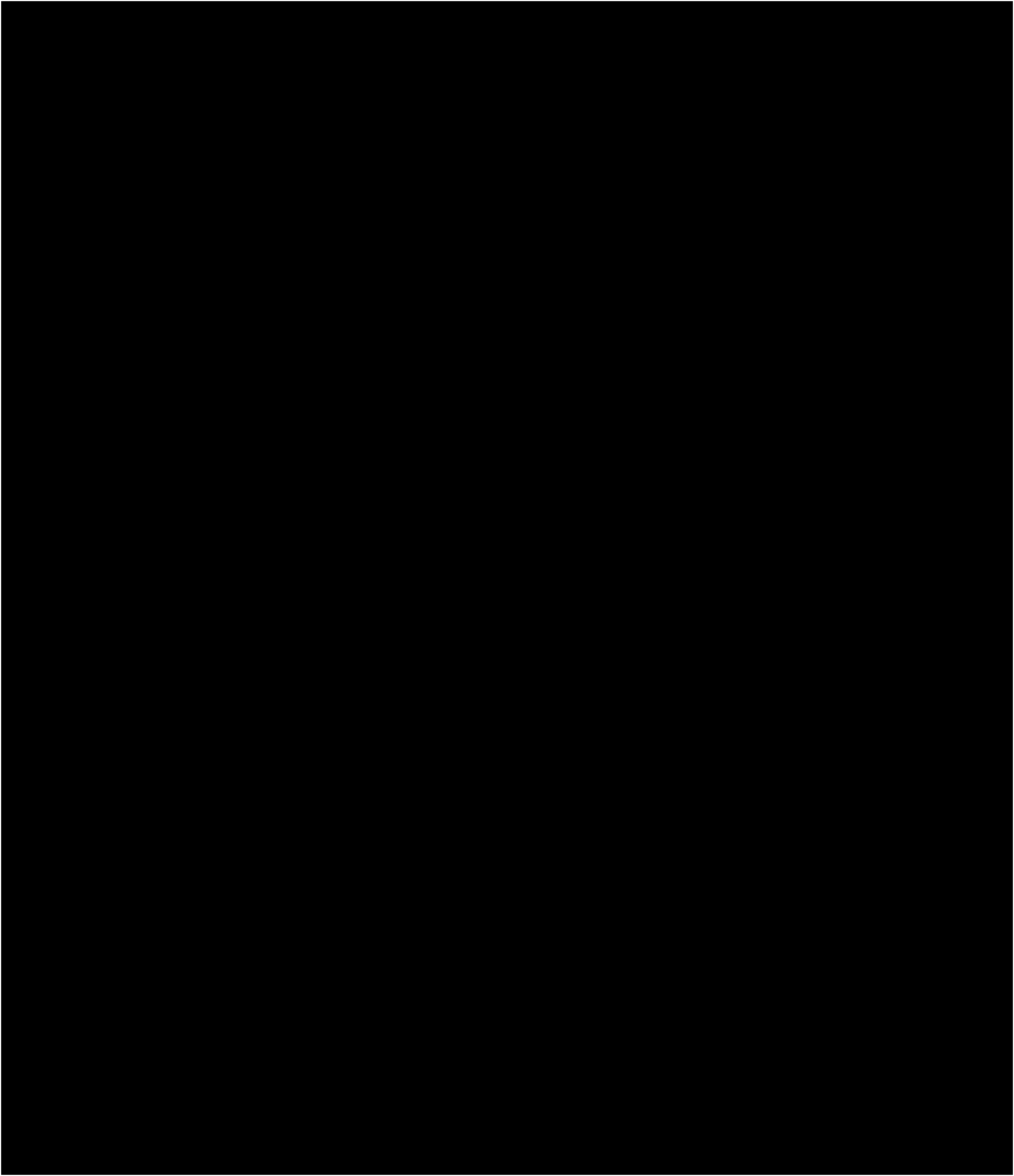