Differential Diagnosis. M. longipennis   individuals are recognized among other members of the rubidum   group by the large size (ca. 1.98 mm) and the comparatively elongate elytra (elytra about 2.9 times as long as the pronotum) ( Fig. 70 View FIGURE 70 ). The lack of an elytral carina further distinguishes it from M. fusciceps   and M. transvaalense   . Individuals of M. longipennis   are similar to those of M. rubidum   in the lack of an elytral carina (although some individuals of M. rubidum   have a very weak carina), and in the swollen form of the 5th and 6th ventrites of males ( Fig. 124 View FIGURES 122–125 ); a relationship of the two species is also indicated by resemblances of the aedeagi ( Fig. 73 View FIGURES 71–74 ). 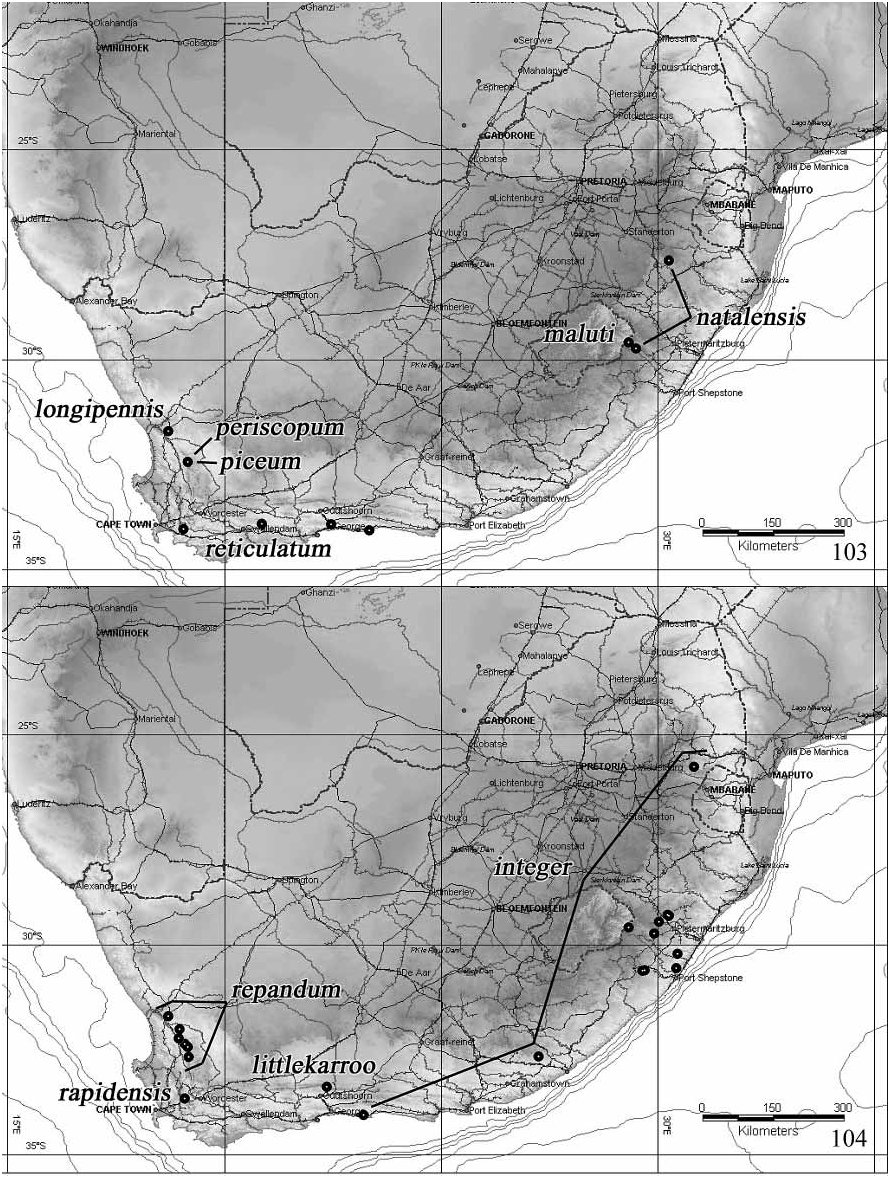 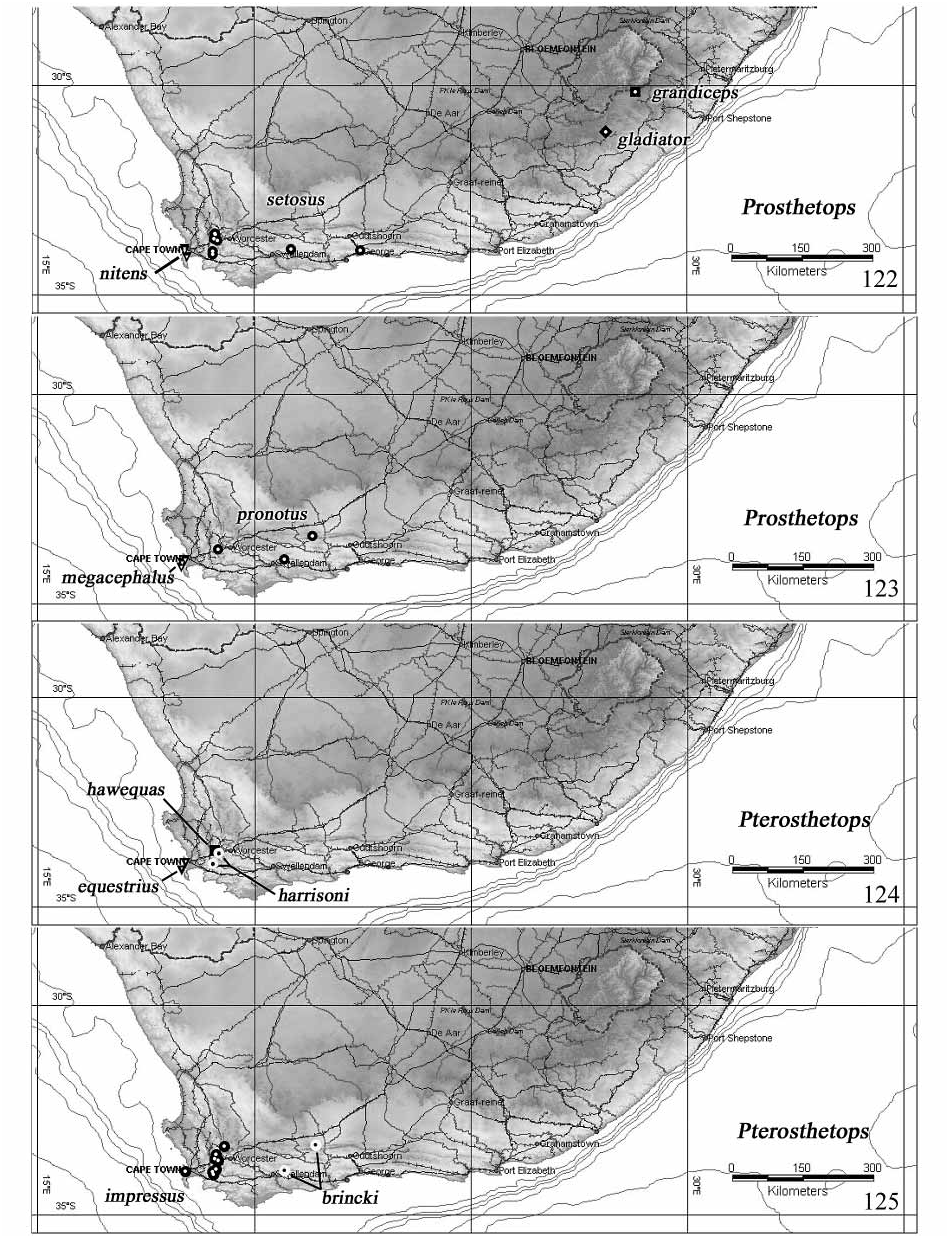