Diagnosis. Sericostoma alakir   sp. n. differs from the other species found in Turkey especially by the shape of the lateral prolongations of segment X, of which the mesoventral branch is only a little shorter than the dorsal branch. It resembles S. dimcay   sp. n. described below; the mesoventral branch of this species is also long, slightly shorter than the dorsal branch; in dorsal view, the median part of segment X is apically rounded, while in S. dimcay   sp. n. it is triangular and acute. In addition, the ventral branches of the inferior appendages of S. alakir   sp. n. are straight and the apical parts triangular, acute mesally, whereas in S. dimcay   sp. n. the ventral branches of the inferior appendages are sinuate and the apices are quadrangular, truncate mesally. 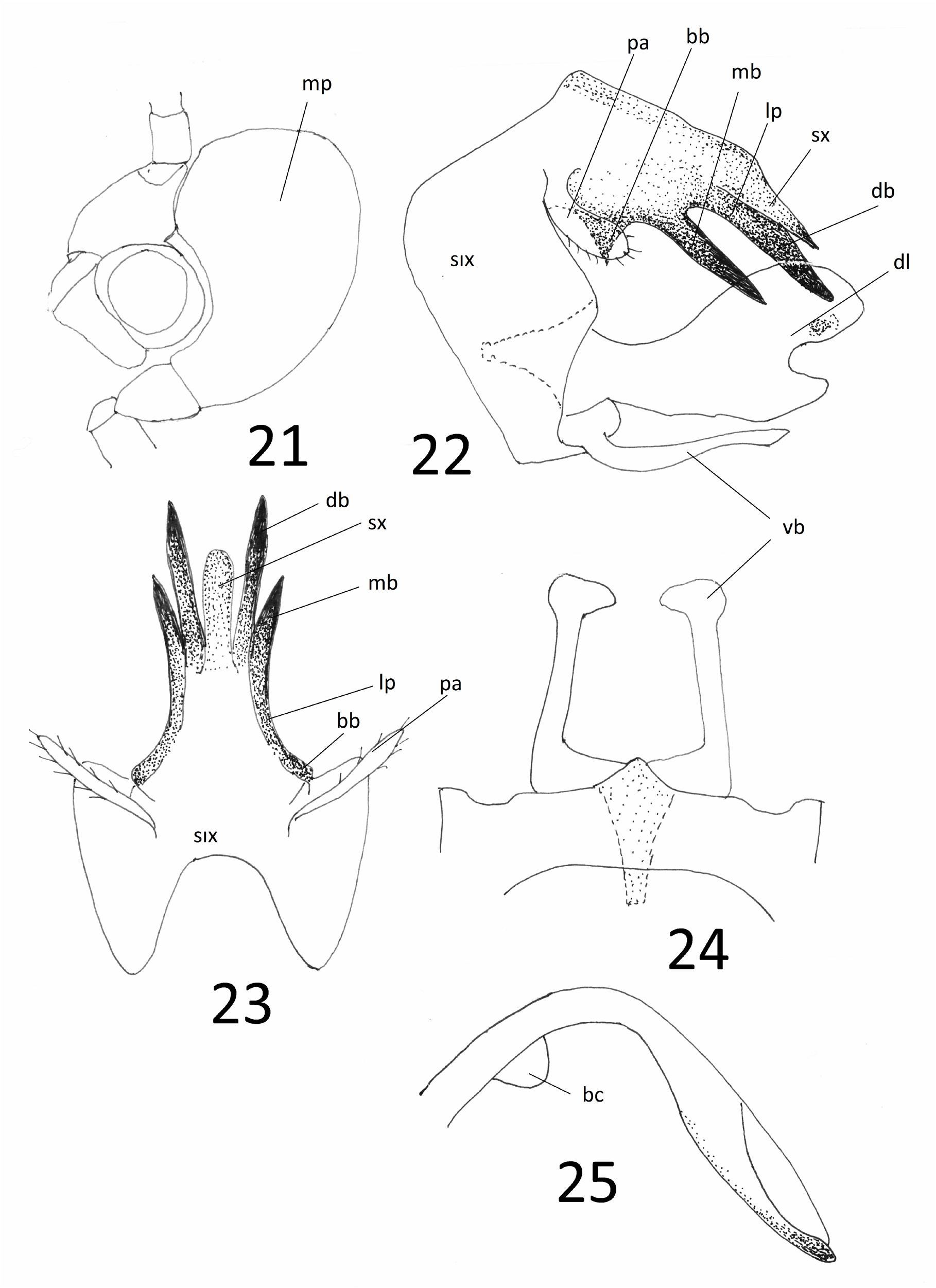