Only one species is known in this genus. Described originally from a single female found in New Zealand, both sexes and larvae of K. dugdalei have been taken from the leaves of the common sword grass, Gahnia , at various sites across southern Australia, between Tasmania and Albany in Western Australia ( Mound, 2002). This is a slen- der, yellow species, with a long head superficially similar to Aptinothrips species, but with slender wings that lack a discal seta on the clavus, and prosternal basantra that bear one or two pairs of setae. The tergal campaniform sensilla are close to the posterior margin, as in Bregmatothrips , but no craspeda are developed ( Fig. 46 View FIGURES 46 – 51 ), antennal segment I lacks dorso-apical setae, tergite IX of females has very short median dorsal setae, and the males have a single round pore plate medially on the third sternite. 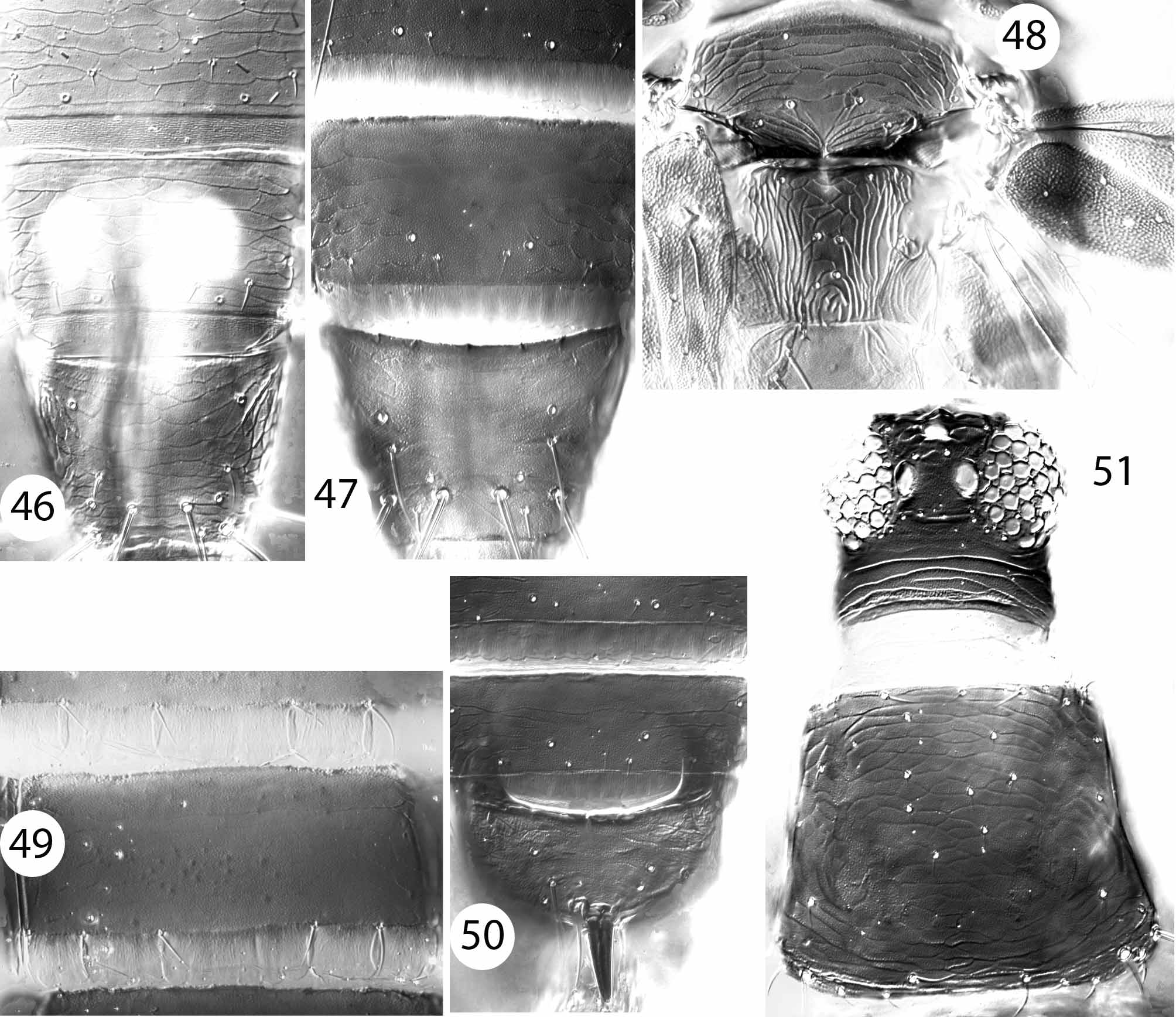