Remarks. The original description is brief and inadequately illustrated so the only known syntype is redescribed here. Some slight differences between this and the original description can be noticed. Eyespots mentioned by Chamberlin (1919 a) are not visible on the syntype, probably due to the effect of the fixation or long term storage. Lateral lobes were not described in the original description although they are present on the syntype as small, pointed lobes, similar in size on all three segments and arranged obliquely. Nephridial papillae are only visible on segments 3–5, although Chamberlin (1919 a) described them as present on segments 3–8; this difference is probably due to the poor condition of the syntype, especially on the tegument of these segments. The length of the handle of the posterior uncini resembles that described by Chamberlin but is not as long as recorded by Monro (1933). 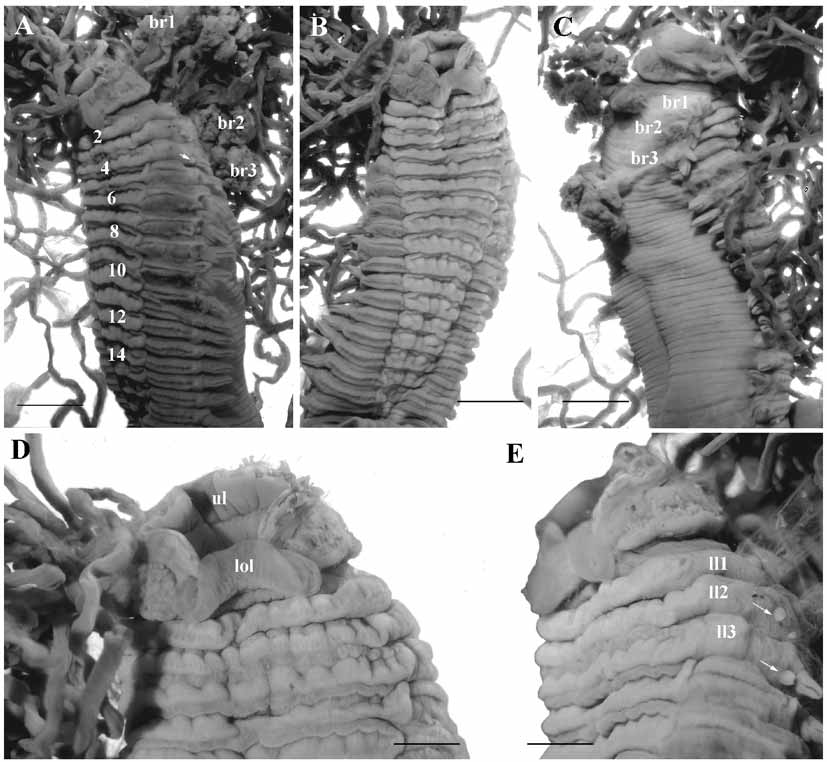