A case involving a more intricate misunderstanding is that of Burgess et al. (2003), who reported Calliaspis rubra (Oliver, 1808)  as a bromeliad feeder on Aechmea nallyi L.B. Sm.  in Peru. The information was based on two beetle specimens associated with this bromeliad, which were sent to C.L. Staines (USNM) for identification. Staines determined one of the specimens as C. rubra  , and Burgess et al. (2003) considered both to be conspecific. A subsequent revision of the tribe Imatidiini  ( Chrysomelidae  : Cassidinae) ( Sekerka 2014) listed a specimen at the USNM collection with the following locality data: “Peru: Amazon Center for Education & Environmental Research, 28.iii.1999, M. Lowman & D. Krabill lgt.” The identification label on this exemplar confirmed that it had been determined by Staines as S. erhardti  in 2000. Sekerka (2014) then suggested that S. erhardti  was associated with A. nallyi  instead of C. rubra  as Burgess et al. (2003) had reported. This is substantiated by the fact that the illustrations of the adults presented by Burgess et al. (2003) correspond to S. erhardti  . Based on a personal correspondence with M. Lowman, it seems clear that Burgess et al. (2003) dealt with two species both of which were correctly identified by the same specialist. For this reason, C. rubra  and S. erhardti  , are here treated as leaf scrapers of bromeliads in Peru. These species are not known to be leaf miners as immatures or adults. Alternatively, Sekerka (2014) suggested that the largest injuries shown in Figure 16View FIGURES 16 – 25 (p. 222) of Burgess et al. (2003) could have been caused by an Acentroptera  species, instead of adults of Calliaspis  or Spaethiella Barber et Bridwell, 1940  . 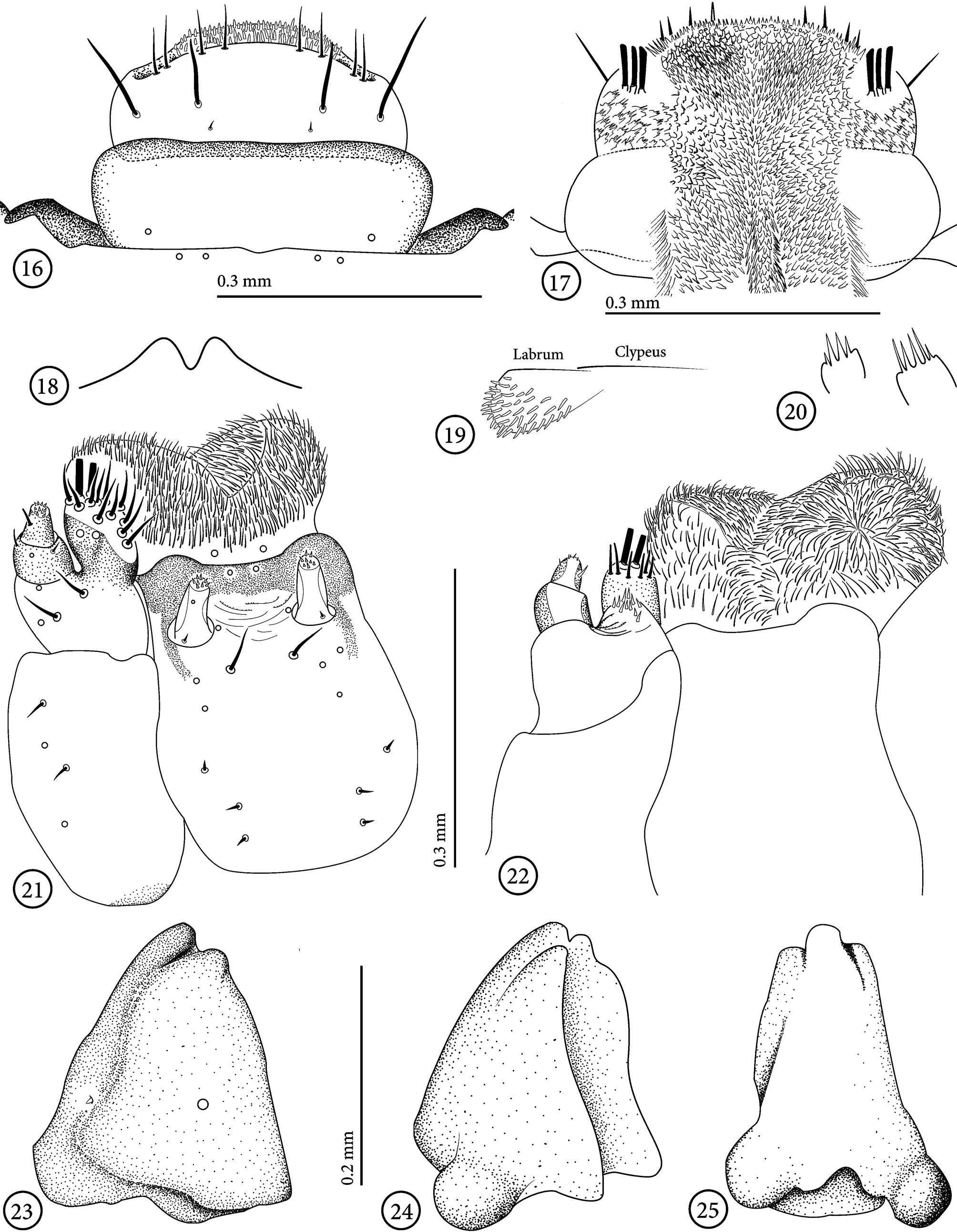