Haploglossa nebulosa   may be easily distinguished from the other Nearctic species of the genus, H. barberi   (Fenyes), by the bicolored elytra and fusiform body ( Klimaszewski and Ashe 1991). Based on the shape of the spermatheca with its narrow capsule and broadly rounded apex, H. nebulosa   may be most closely related to Palaearctic H. marginalis   (Gravenhorst) as is suggested by barcode clustering. However, H. nebulosa   can be readily distinguished by the pronotum, which is dark and paler only along the margins, while H. marginalis   has broad pale areas laterally. Haploglossa nebulosa   was compared to Palaearctic H. villosula   (Stephens) by Klimaszewski and Ashe (1991; as H. pulla   (Gyllenhal)), but the species is quite different externally (much darker, finer pronotal punctation) and the spermatheca of the latter species is of the type with a large, rounded capsule.

All members of Haploglossa   are nidicolous, mostly in bird nests but also in mammal and ant nests (summarized by Staniec et al. 2010). Some species with well-known life histories appear to specialize on particular types of host nests, such as birds of prey ( H. picipennis   (Gyllenhal)) or bank swallows ( H. nidicola   (Fairmaire)) ( Staniec et al. 2010). The genus is very rarely collected in North America. The Nearctic species H. barberi   (Fenyes) was collected in long series from bank swallow nests ( Klimaszewski and Ashe 1991). One specimen of H. nebulosa   has been found in a rodent nest within a hollow tree ( Klimaszewski and Ashe 1991) but bird and mammal nests have been poorly sampled in the Nearctic and more collecting is needed to determine the biology of the Nearctic Haploglossa   ( Brunke and Buffam 2018).

The genus Haploglossa   and H. nebulosa   are newly reported from Canada, from a single locality in southern Ontario. The species is also known from Oklahoma and Pennsylvania, United States ( Klimaszewski and Ashe 1991). 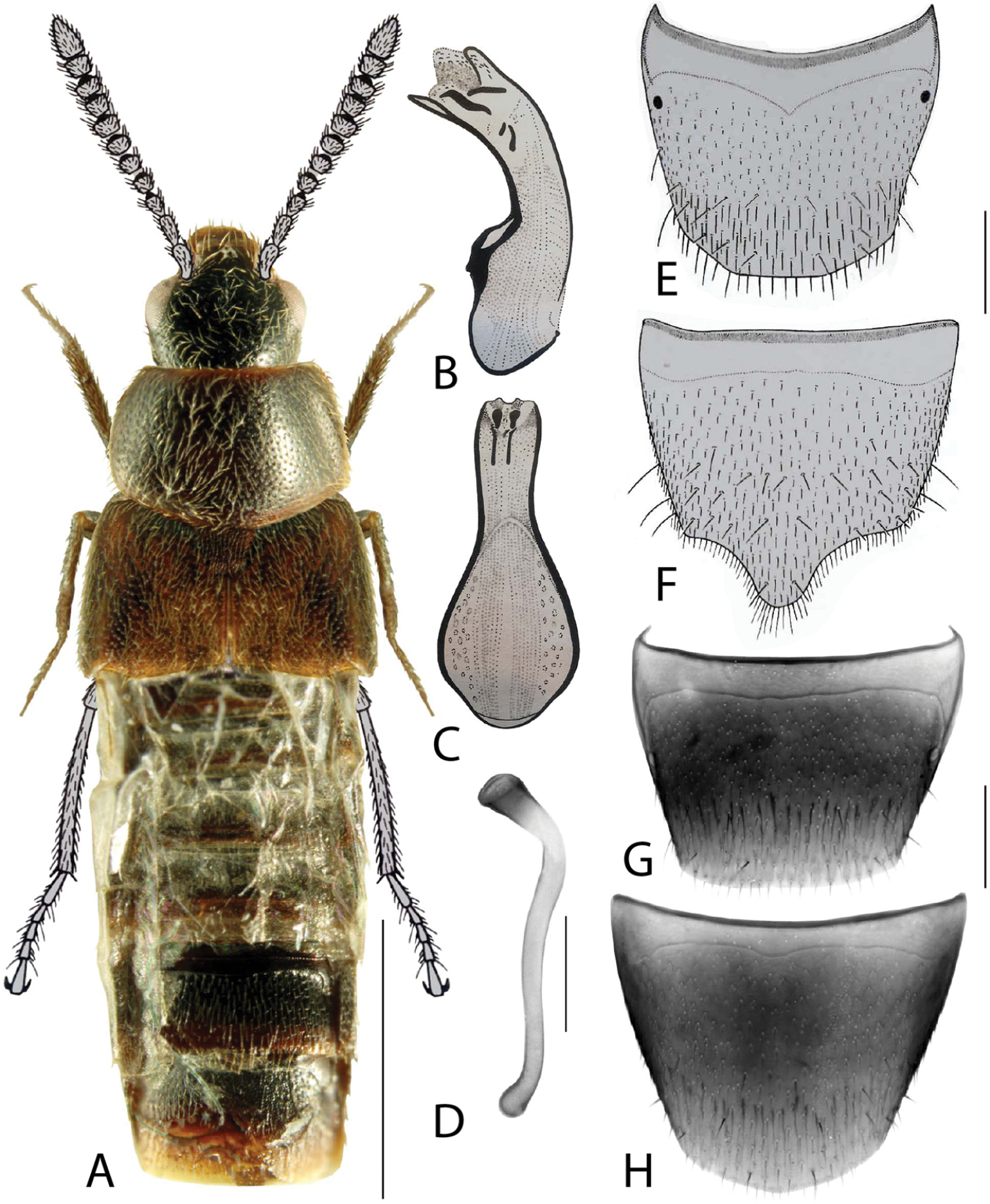