Pentachaeta impar   is distinct from all other species of the genus in that the male has only the hind tibia markedly thickened, the other tibiae being slender as in the female. The aedeagus is peculiar in the structure of the distiphallus and the presence of a pair of funnel-like openings on the bulb. Both sexes can generally be distinguished from other Pentachaeta   species by presence of a brown suffusion on the upper margin of the sternopleuron (katepisternum).

The specific epithet is a Latin adjective, impar   , unequal, in reference to the difference in thickness between the hind tibia and the other tibiae in the male. 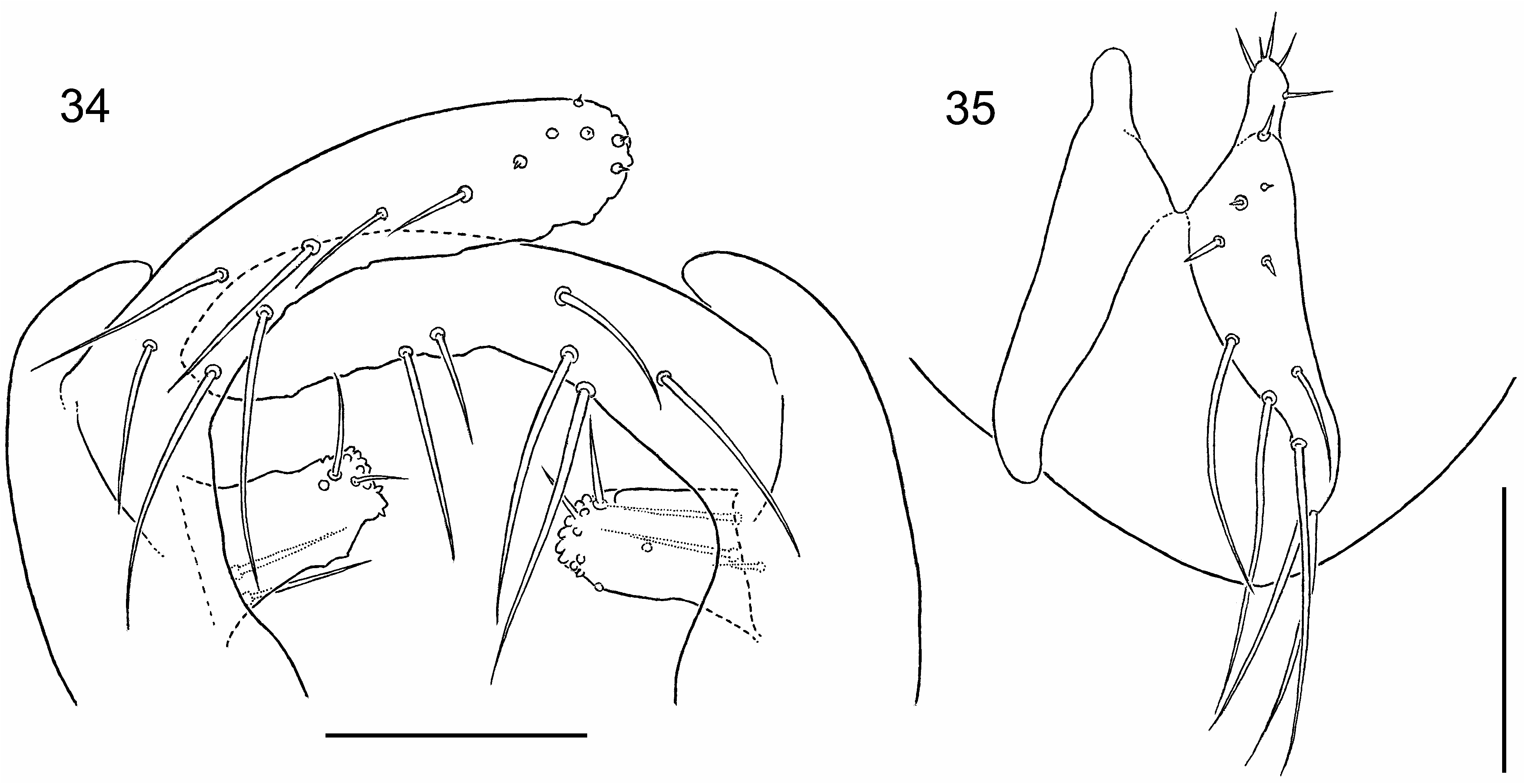