The specific name, Calleida maxima   (superlative of the Latin adjective magnus, -a, - um, large in size), indicates the biggest size of this magnificent new species, one of the largest in size of the genus Calleida   .

With the character states of the genus Calleida   (in the wider sense: see Materials and methods), but from the closest Neotropical species markedly characterized by the peculiar combination of the following morphological features: larger in size (TL: mm 14.6), elongate; pronotum moderately transverse, slightly constricted in front; elytra deeply striate, not beaded at apex, with apical external angle acutely prominent, spine-like. Body and appendages uniformly brown blackish, contrasting in color with the metallic green elytra. Abdominal sternum VII with five or six setae on each side in the female (holotype). Female genitalia (ovipositor) as in Fig. 20 View Figures 20–23 . Male unknown.

Abdominal sterna: sternum VII with five or six setae on each side in the female (holotype).

Known so far only from the type locality. The only female individual was obtained by insecticidal fog canopy, in September. 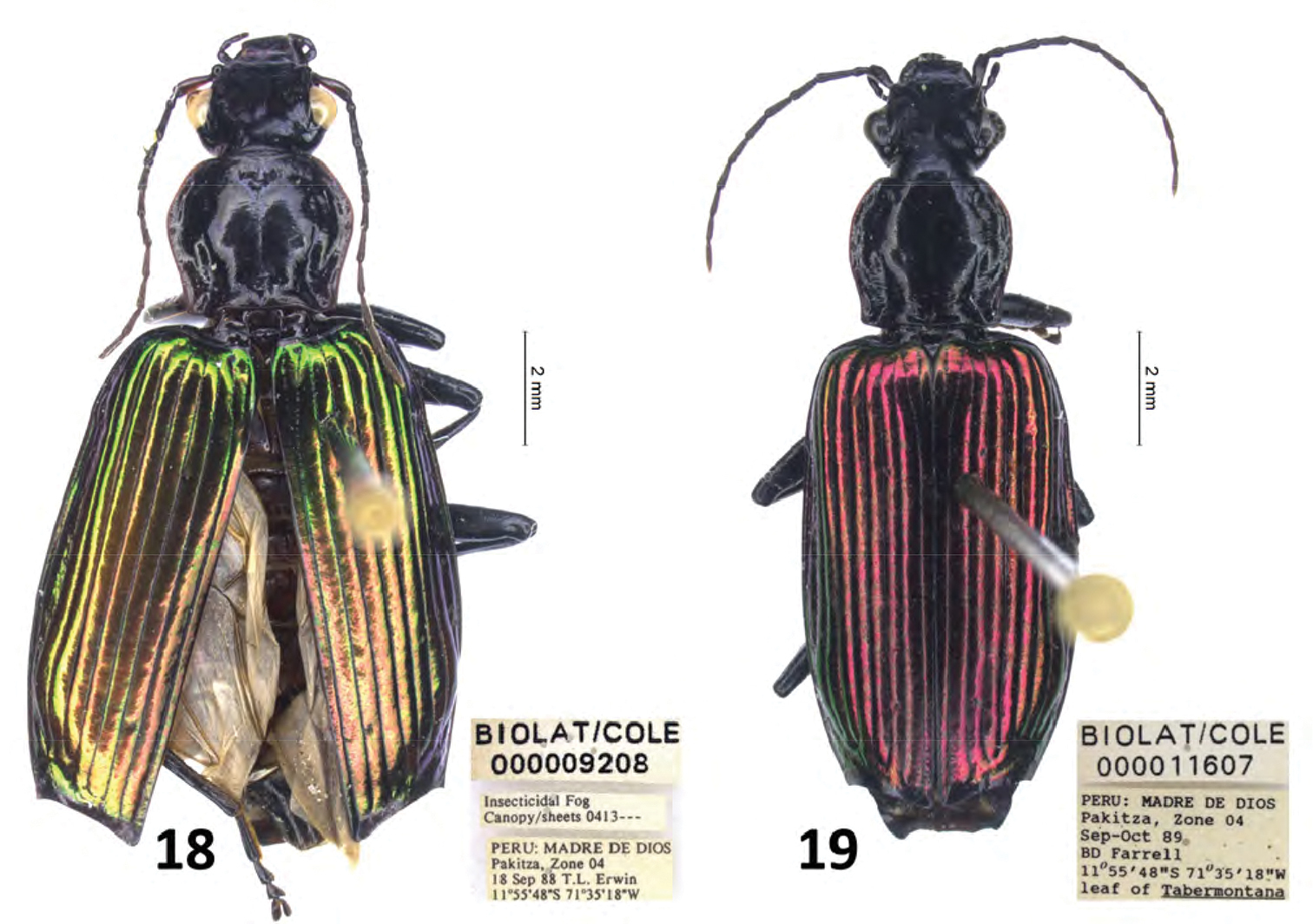 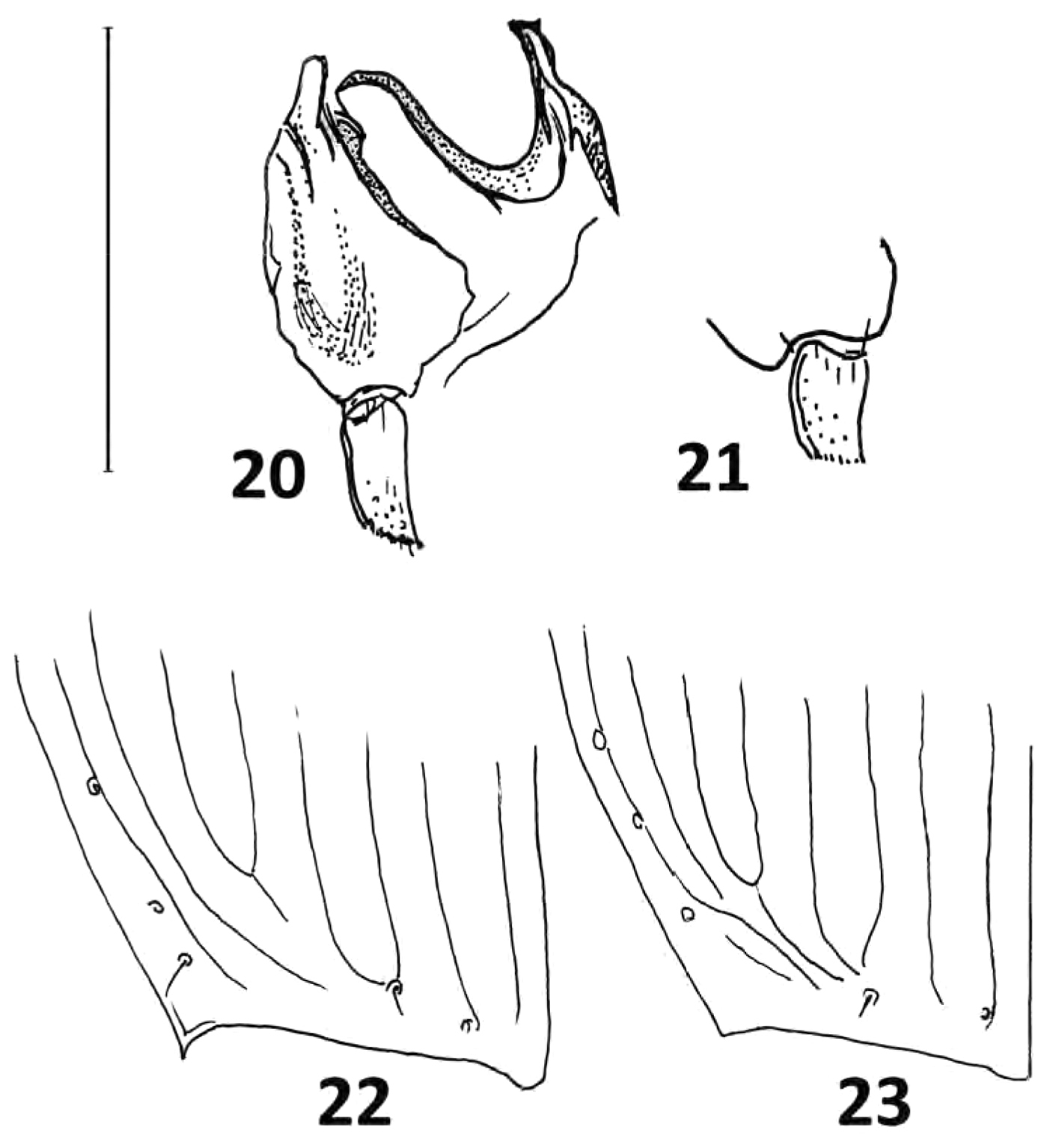