Purcell (1899: 149-150) considered O. fuscipes  as a subspecies of Opistophthalmus capensis  (Herbst, 1800). Prendini (2001) subsequently highlighted consistent diagnostic differences between the two taxa and thus reinstated O. fuscipes  as a species. Prendini (2001) also designated lectotype and paralectotype from the syntype series housed in the SAMC collection but did not cite the present specimens. Purcell (1898) mentioned that numerous specimens were part of the type series without giving a precise number. Given that the data of the present specimens match that of the original description, they are considered as paralectotypes. 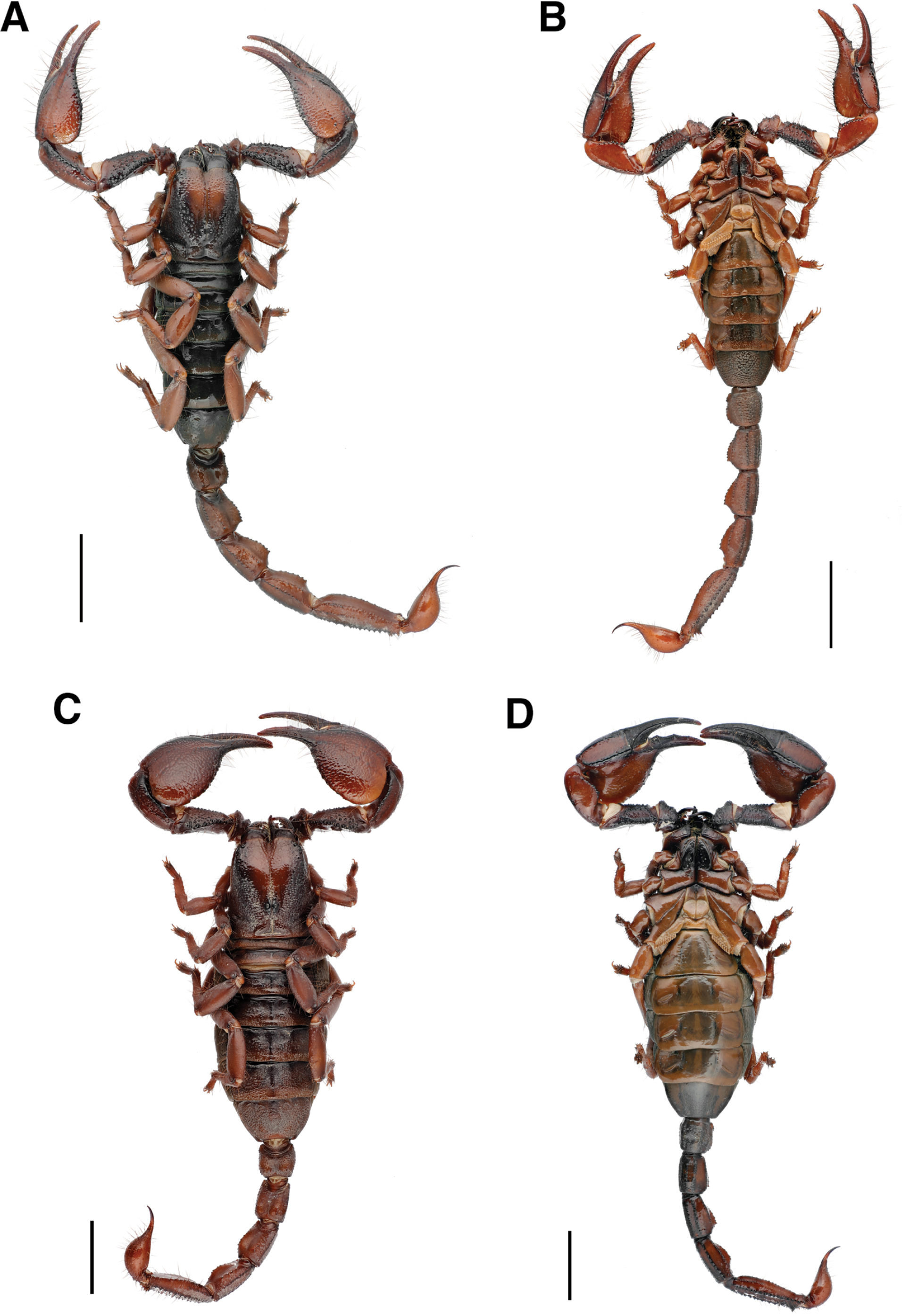