Remarks. Bradabyssa sachalina ( Annenkova-Chlopina, 1922)   n. comb. has a continuous sandy ridge per segment, which may appear to be in two transverse series. This feature separates it from any other species in this genus, together with the presence of a well developed cephalic cage. These features are more or less shared with Brada granosa   , B. granulosa   , and B. incrustata   which all show a tendency to accumulate sediment, forming dorsal tubercles that are restricteddorsolaterally, even forming a rough double sediment ridge per segment. These species, however, belong in Brada as they have few branchial filaments and distally falcate neurochaetae, suggesting that the formation of a sediment crust is a convergent character.

The appearance of the dorsal sandy ridge or tuberculate transverse series has been confusing, after the illustration by Ushakov (1955, 1965, Fig. 115K), based upon the holotype in left lateral view. Indeed, the holotype possesses two transverse series of papillae, but they fix sediment forming a singledorsal sandy ridge; however, the holotype is variously eroded, especially on the left side, so that the distal portions of the papillae are exposed, and thus giving the appearanceof two separate series. It seems that following the original description, he chose to illustrate this. However, these series of papillae are completely covered by sediment in less eroded areas, and in better preserved specimens, and are less evident as independent series on the right side because they are covered by a sand-grain crust, and this formation is a unique feature for the species. This feature is confirmed in other specimens collected near the type locality. Other northeast Pacific specimens that have been identified as B. sachalina   , but which possess a sandy cover that does not obscure their papillae profile, should be regarded as a different species and are B. tenebricosa (Berkeley, 1968)   n. comb., n. status (see below, this paper). 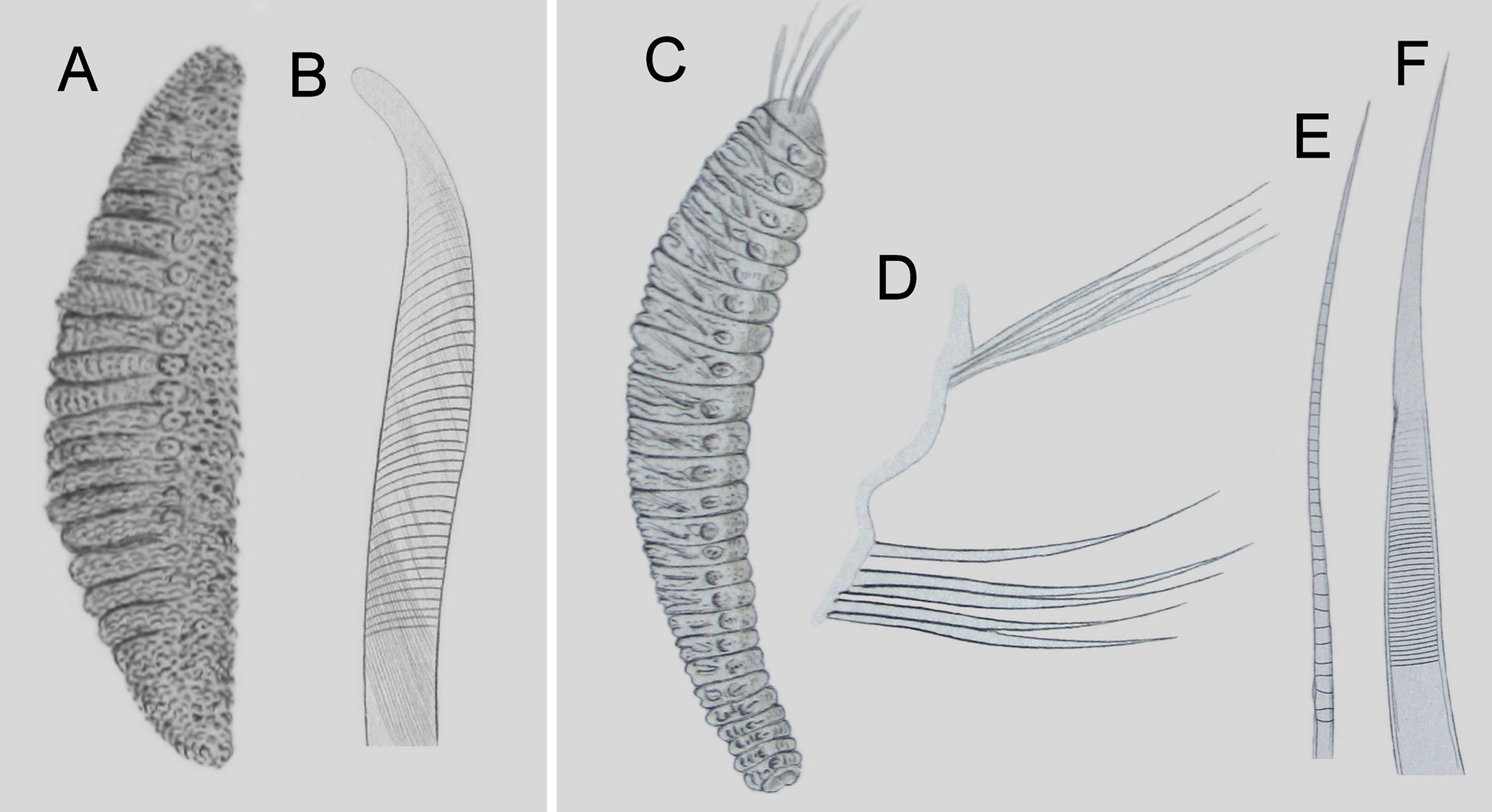 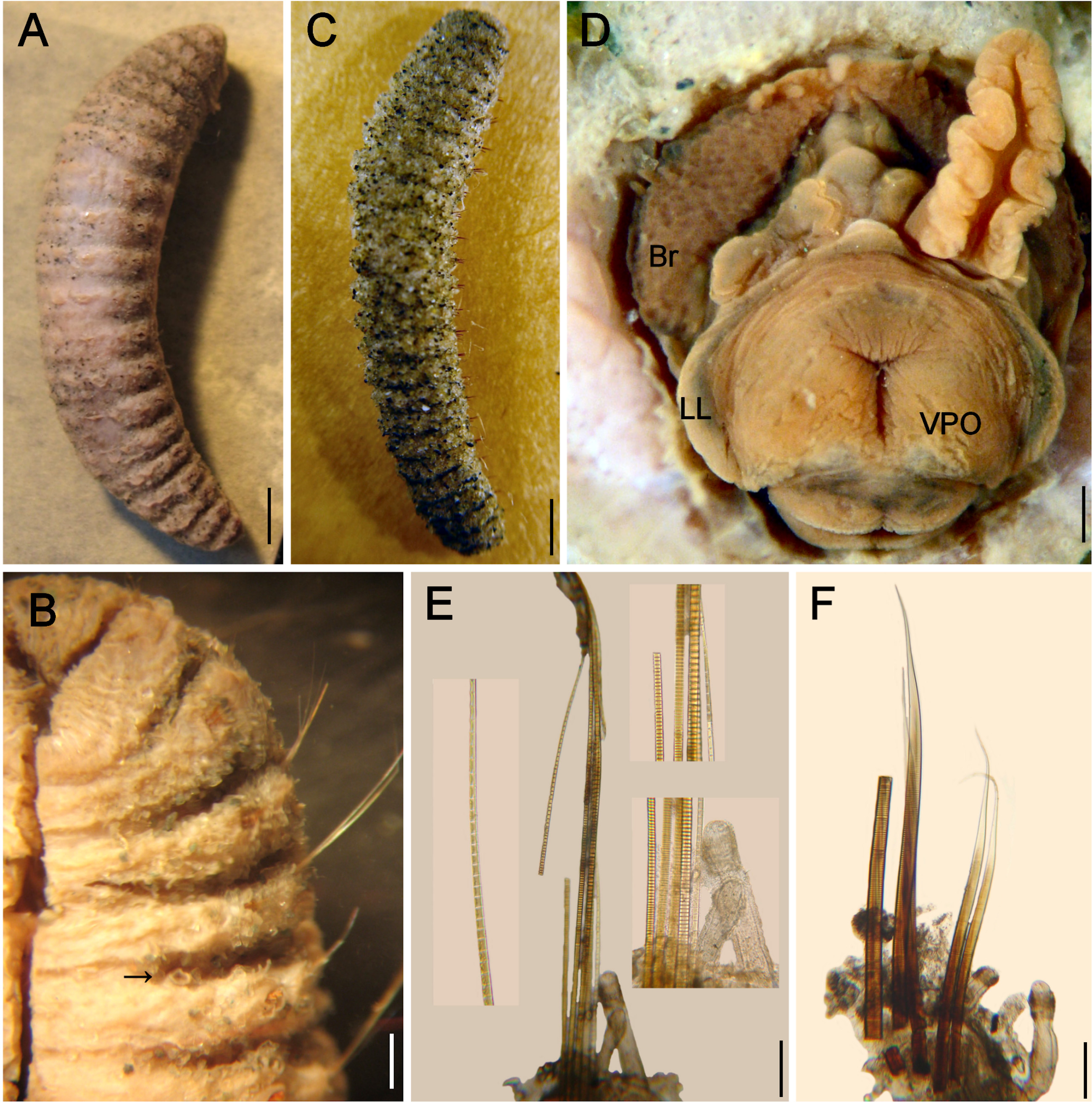