Etymology. The epithet is from the Latin, quadratus, for four-cornered or square, referring to the widely separated noto- and neuropodia, that in cross-section appear at each of four corners of individual segments. 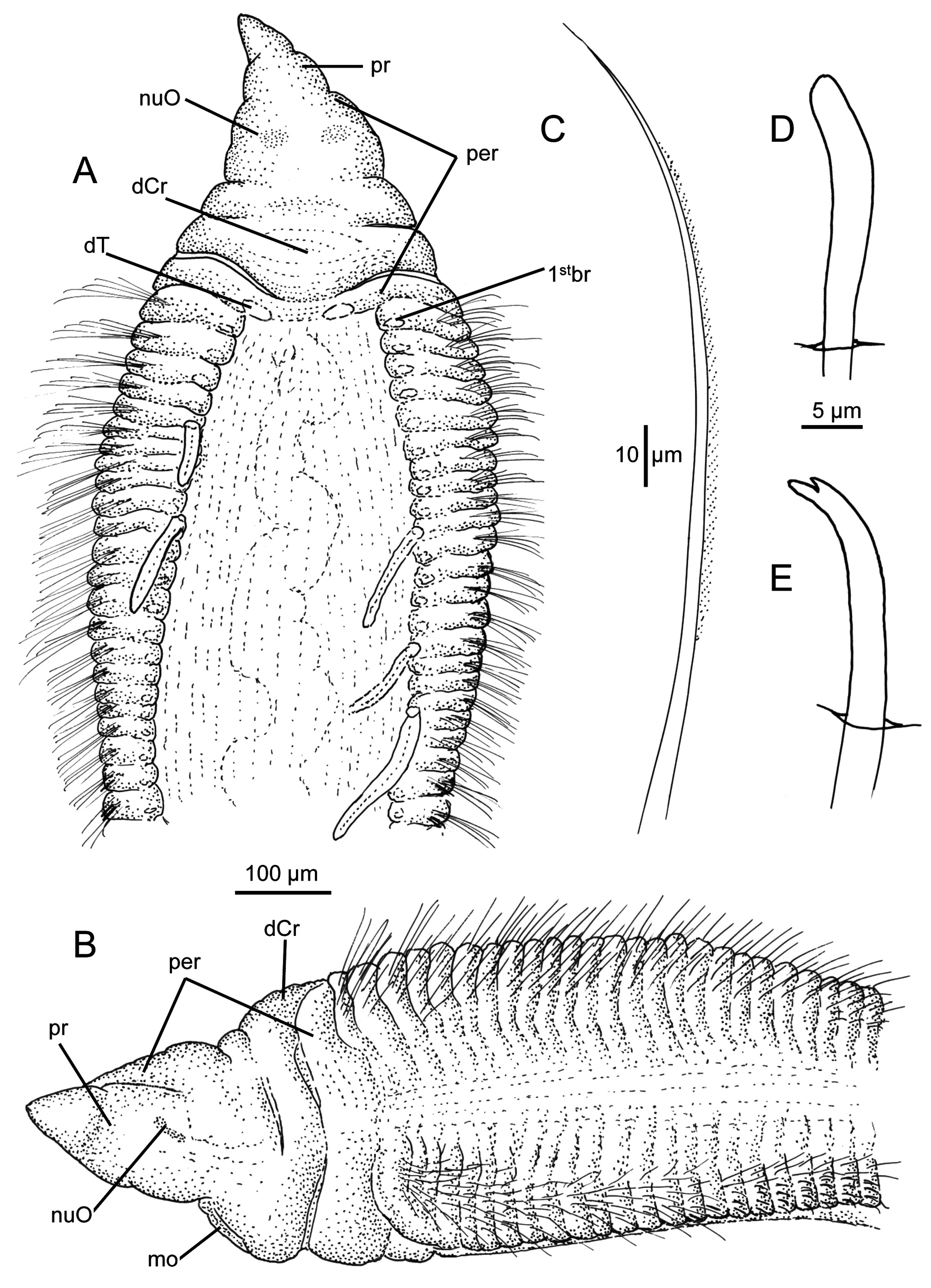