Methyl Green stain. Body stains uniformly light blue except for the prostomium, the asetigerous posterior segments, and the pygidium.

Remarks. Due to the few tentacular cirri present and the small size of the specimens, it may be that these are juveniles, making it more prudent to regard this as Cirriformia sp. rather than assigning a species identification. Blake (1975) described a 16-setiger juvenile of C. moorei Blake 1996 (as C. spirabrancha ) as lacking tentacular cirri. Wilson (1936) also noted a lack of tentacular cirri at the 25–30 setiger stage of C. tentaculata ( Montagu, 1808) . Tentacular cirri apparently develop at the late juvenile stage and perhaps these specimens of Cirriformia sp. have not yet developed their full complement of cirri. Magalhães et al. (2014) found bidentate hooks in juveniles of their new species, Cirriformia chicoi from Brazil and suggested that the presence of bidentate hooks may be characteristic of multitentaculate cirratulid juveniles. However, Okuda (1946) and Stephenson (1950) have both described juveniles of the genus Cirratulus as lacking bidentate hooks. Blake (1975), as well as Wilson (1936), also noted the first branchiae appear anterior to the first setiger of Cirriformia moorei and C. tentaculata , respectively. Neither bidentate hooks (even in the 72-setiger specimen) or pre-setigerous branchiae occur in Cirriformia sp., perhaps indicating they may be an adult or early adult form. Additionally, juveniles of C. moorei and C. tentaculata had only weakly developed branchiae on the first several anterior setigers whereas the branchiae of Cirriformia sp. extend to posterior setigers, also suggesting these specimens may be adults.

Distribution. Collected subtidally at 1–2 m along a mangrove bank in a small lagoon between the leeward side Isla Popa and Cayo Ferro, Panama. 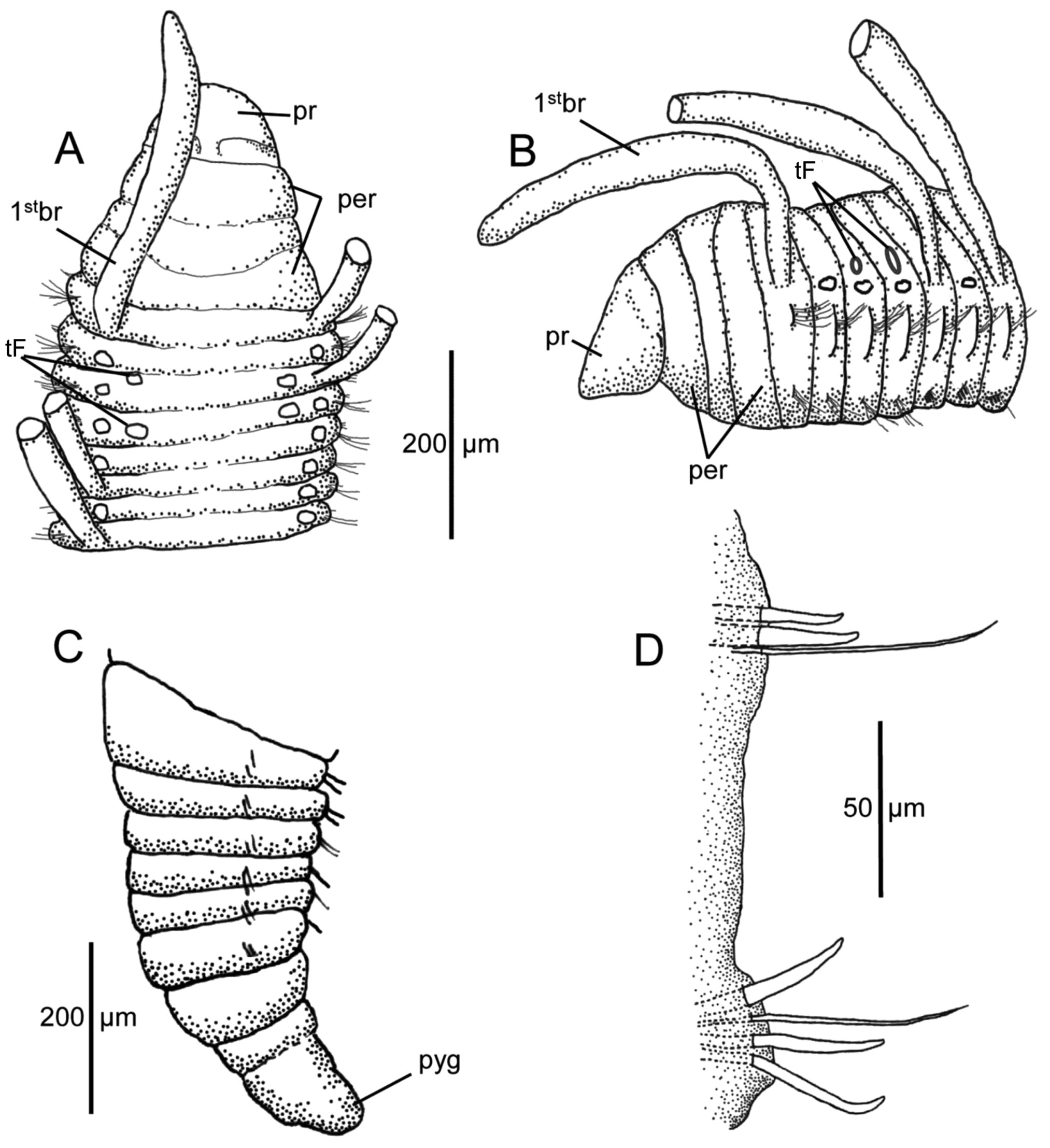