Etymology. The name of this new species is derived from the name of the Zhujiang River Estuary in Guangdong Province, China.

For female reproductive system, a pair of ovaries is located one at each side of posterior region of the intestine. The light color or transparent ovary and dark color maturing or developing eggs are situated in an anterior to posterior sequence. ( Figs. 2 View FIGURE 2 A–B). The female antrum is situated at the mid-ventral line posterior to the intestine. The female gonopore, which is the opening of female antrum, is surrounded by cement glands ( Figs. 3 View FIGURE 3 B, 4A).

Phylogenetic analysis. The 18S rDNA phylogenetic analysis using neighbor joining (NJ) and maximum likelihood (ML) methods showed that three specimens of Macrostomum zhujiangensis n. sp. clustered together ( Figs. 5 View FIGURE 5. A , 6 View FIGURE 6. A ), forming a well-supported clade with the other 6 species of Macrostomum . Within the genera/species with sequences for analysis, this new species is more closely related to Bradynectes sterreri ( FJ715298 View Materials ) than the species from the families Dolichomacrostomidae , Microstomidae , or Haplopharyngidae . 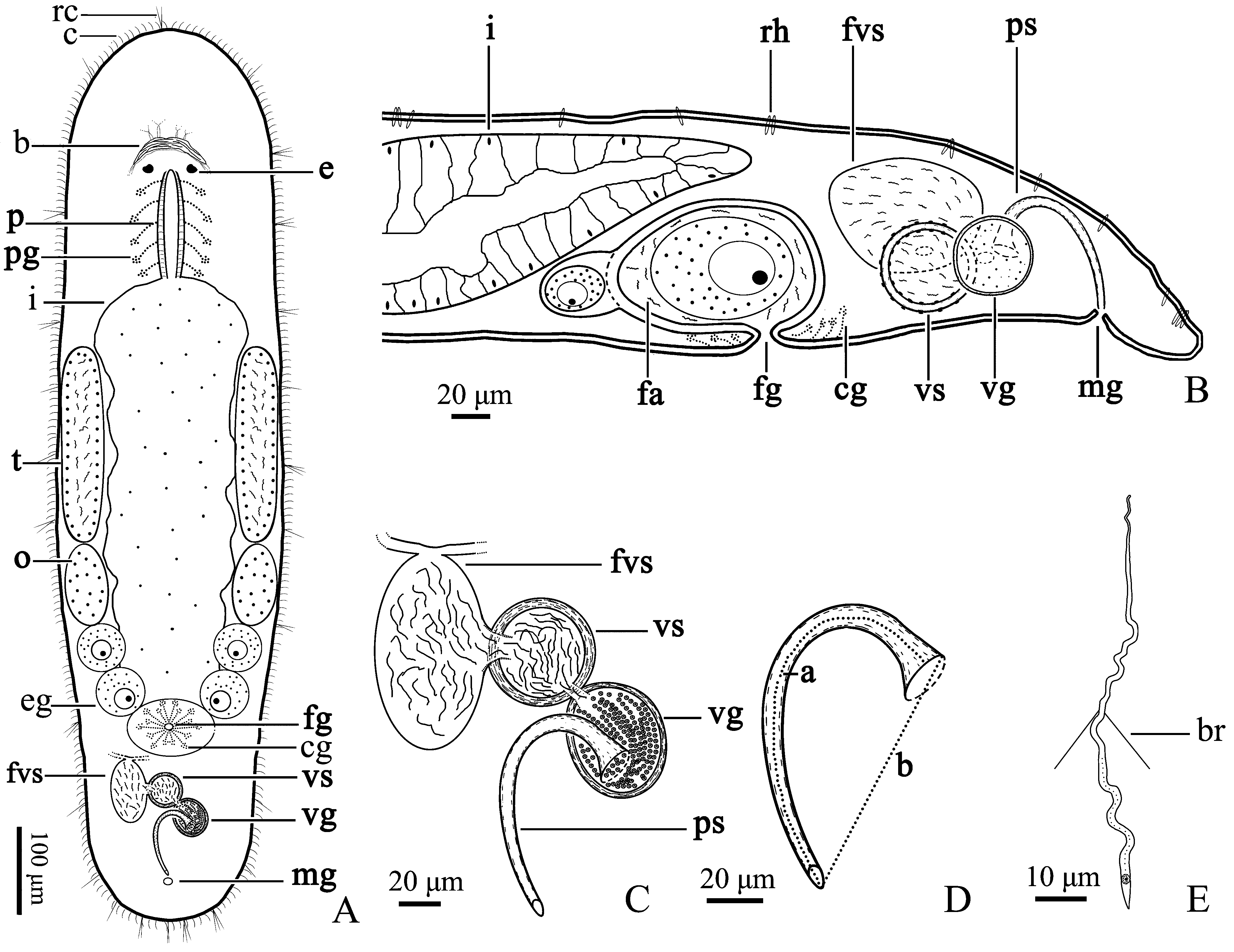 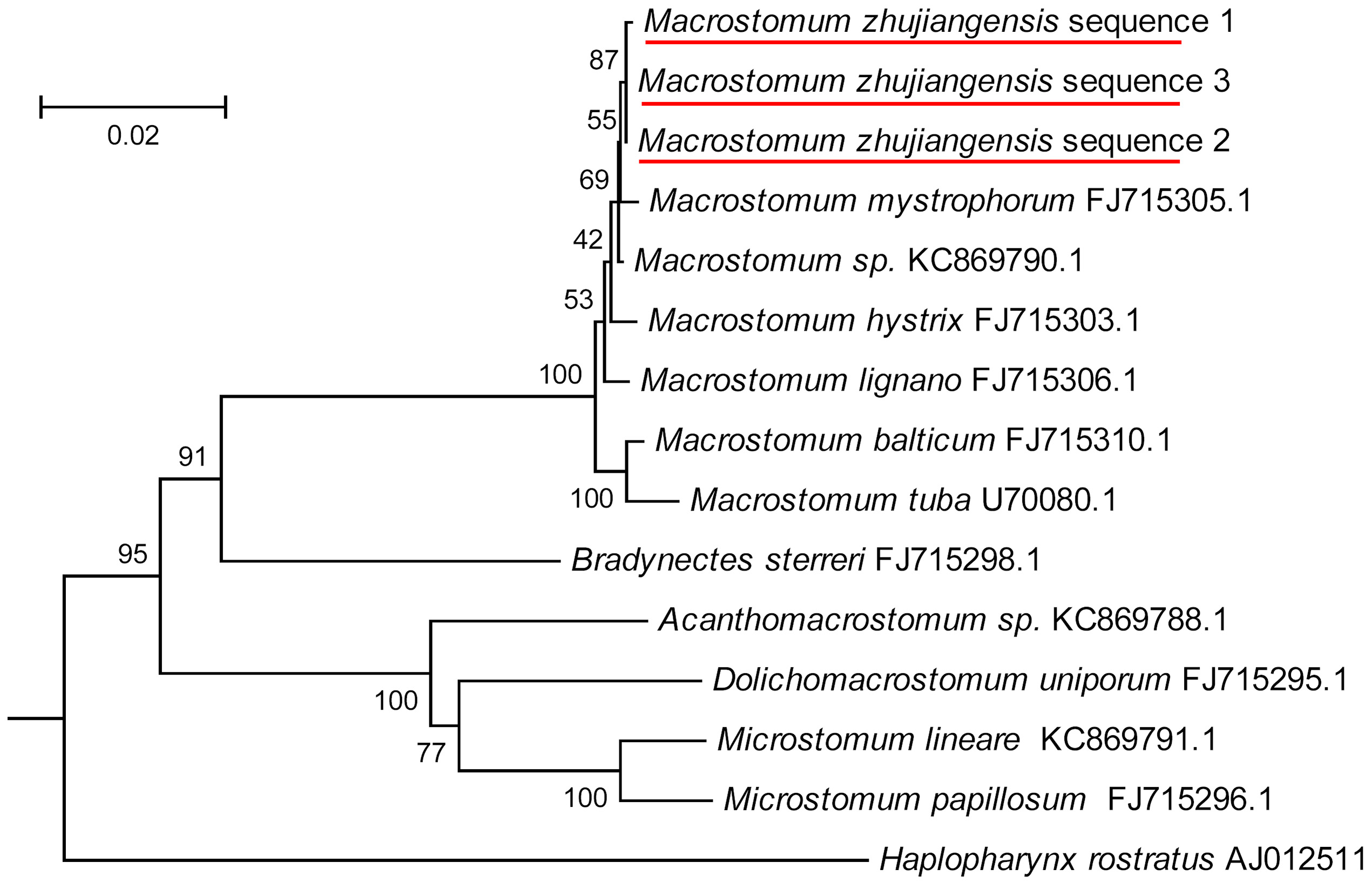 TABLE 1. Comparison of the stylets among Macrostomum zhujiangensis n. sp. and other 12 similar species in genus Macrostomum.