Not this species, or unconfirmed reports.

Description. Shell. The best preserved syntype is a mature shell, 13.4 x 5.8 mm, fusiform, truncated anteriorly; with a large body whorl, approximately 61 % of the shell’s total length. The shell has a drill hole and is missing its protoconch; 9–10 whorls remain. Protoconch missing on the syntypes. Axial sculpture of low, broad ribs that extend from suture-to-suture on the spire whorls, but fade on the body whorl at the anterior fasciole. Ribs number 14 on the penultimate and 10 to the varix on the body whorl, are reduced and arcuate in the sulcus. Spiral sculpture with dense microscopic spiral grooves cut by growth striae, forming a pattern typical of Fenimorea  . Sulcus is demarcated by the reduction in the size of the ribs and the presence of spiral grooves. Varix is large, broad, hump-like; ⅓-turn from the edge of the outer lip. The excavation around the large drill hole just above the varix gives the varix the appearance of being more protuberant than it is (Pl. 91, Fig. 1View Fig. 1, lateral view). Outer lip thin, chipped, with 4 axial folds; no stromboid notch present, or perhaps lost in the wear of the outer lip. Anal sinus on whorl shoulder, a deep U-shaped notch bordered by a lobe of the inner lip on the parietal side, and by a projection of the outer lip. Edge of sinus flared out such that it appears spout-like. Inner lip erect anteriorly along the canal, recumbent elsewhere, widest on parietal wall, and developed into a lobe posteriorly, at the roof of the aperture. Anterior canal short, open, directed to the left when viewed ventrally, very slightly notched; anterior fasciole not swollen. Color white with a few faint brownish-yellow maculation—appearing band-like on the last whorl, otherwise randomly placed on whorl shoulders.

Remarks. Nomenclature. Fenimorea paria (Reeve, 1846)  has a history of uncertain placement. It has been allied with F. fucata (Reeve, 1845)  variously as a variety, subspecies or a junior synonym, or white form of F. fucata  . The types exhibit the characteristics of Fenimorea  ; the smaller specimen even possesses the brown band and random brown patches of F. fucata  , albeit very faint. They are however in too poor a condition to make a definite identification. If F. paria  is conspecific with F. fucata  , the latter name would have priority. All-white forms of F. f u ca t a -like specimens F. paria  as F. p ar i a is not all white, and all-white forms of several different species of Fenimorea  are known to exist. Neither are there other unique diagnostic characteristics that would support F. pa r i a as distinct from other named species. No populations of F. fucata  -like species have been found that are nearly all white with faint brown maculation as exhibited by F. p ar i a. Inasmuch as there is doubt at this time that it is a valid taxon and not just worn specimens of an already described F. f uc a t a -like species and because no similar specimens have been observed, it is best treated as a nomen dubium and use of the name avoided until further evidence of its identity emerges. 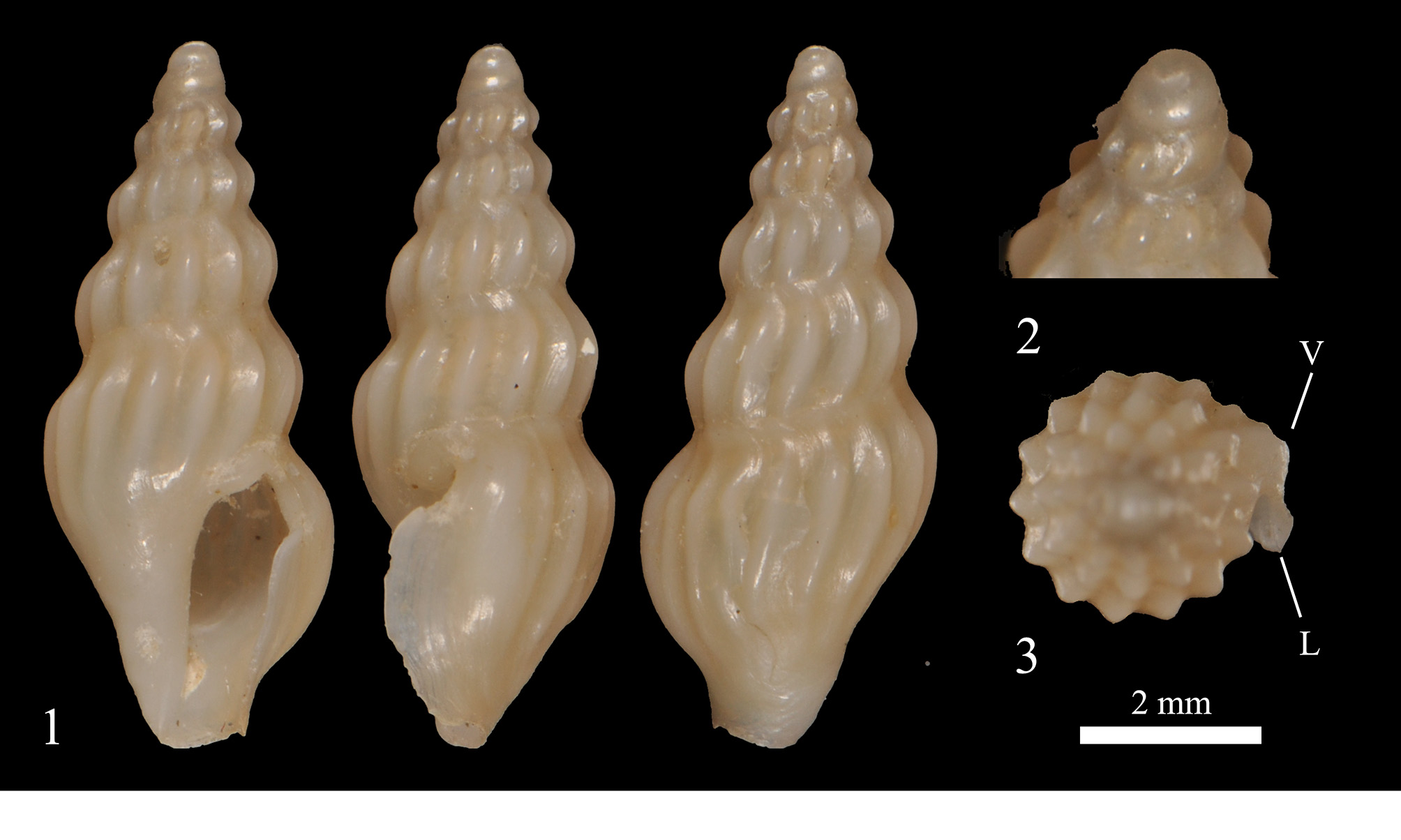