Remarks. The present identification is uncertain. The species was originally described from South Africa, at considerable distance from the Guyana Shelf. Borojevic & Peixinho (1976) record this species from NE Brazil, and their description conforms to a large extent to the Guyana material. Differences are the greater length of the actines of the giant triactines (up to 900 x 60 µm) and the general diversity of triactines and tetractines, which seems smaller than in the present specimen. Still, among the known Brazilian and Caribbean Leucandra  ’s this is the only one lacking diactines, like the present specimen. The correspondence with Borojevic & Peixinho’s (1976) specimens, however, still does not mean the Central West Atlantic material conforms to the South African specimens of Brøndsted. It is likely that the two are different species, e.g. because tetractines are apparently rare in Brøndsted’s type material. Borojevic (1967) described specimens from South Africa under this name, but he mentioned the presence of microdiactines, not reported by Brøndsted.

There is also a rather close similarity with Leuconia typica Poléjaeff, 1883  . Poléjaeff described this species from Bermuda in two varieties, the var. tuba  (conforming to the present form) and the var. massa  . Poléjaeff did not indicate which of his varieties is the typical variety, which would then take the name of the species, Leucandra typica typica  . The various authors that treated this species ignored the varieties or considered them as belonging to the same species. The properties of the present specimen conform fairly well to those of the tubiform variety with a few exceptions: Poléjaeff mentioned the presence of diactines in the choanosome, which are lacking from the present material. The size range of the choanosomal triactines including sagittal smaller triactines is not clearly mentioned, as only the upper size, here called giant triactines is given by Poléjaeff. Von Lendenfeld’s (1885) (p. 1130) record of the species from the east coast of Australia differs considerably from both Poléjaeff’s and the present specimen, and it is unlikely to be the same species.

Other reports of Leucandra  species from the Central West Atlantic differ by having large diactines as a prominent part of the spiculation. 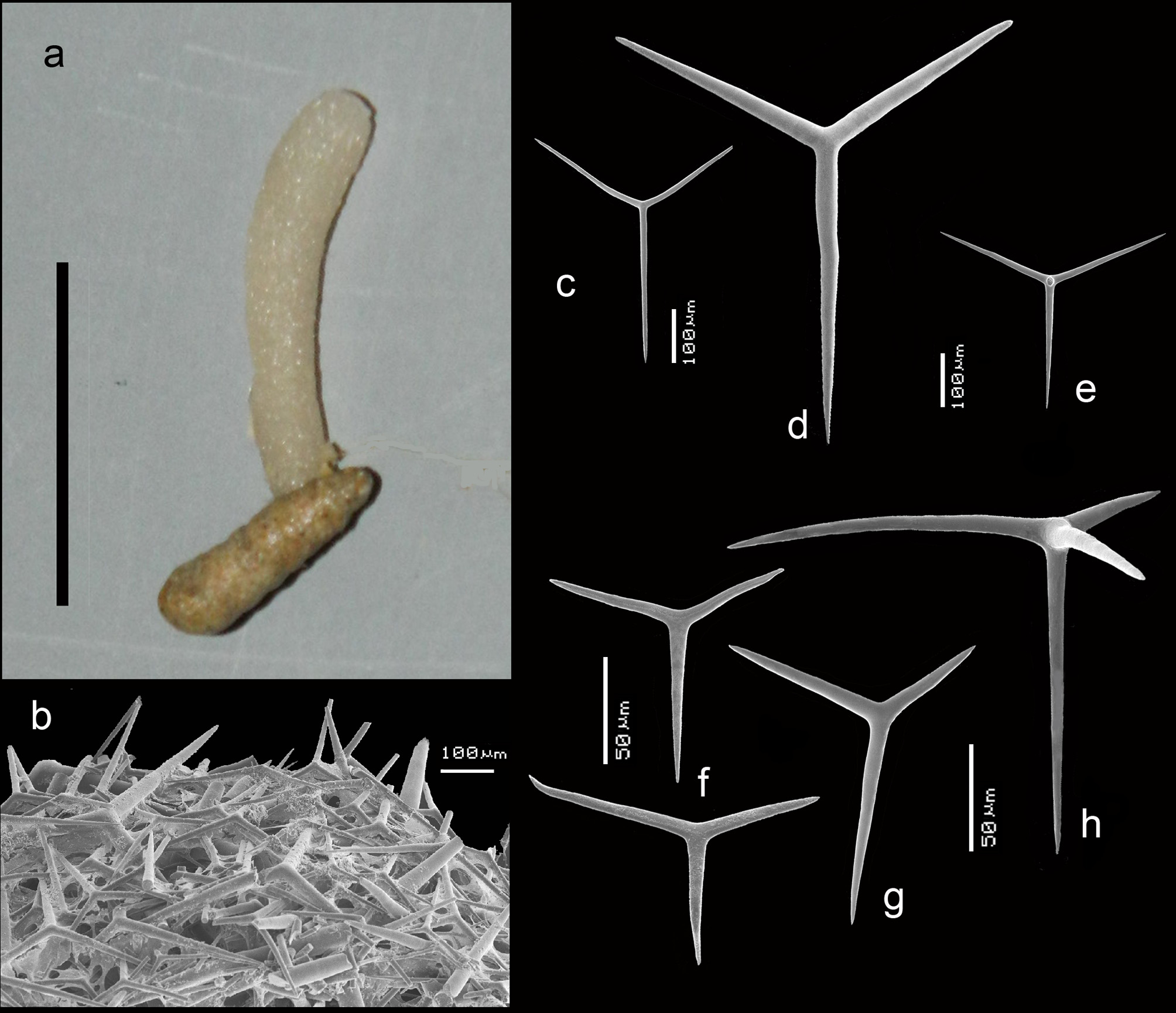