Remarks. This is the first record of the subgenus Axosuberites  from the Central West Atlantic. Specimen RMNH Por. 10511 is a very thin crust and from greater depth than the holotype, but skeletal structure and spiculation are closely similar to the holotype. To be on the safe side it was decided not to include it in the type material.

The nearest species to this new species is Clathria (Axosuberites) papillat  a Van Soest, Beglinger & De Voogd, 2013 from Mauritania in the East Atlantic. This is also basically encrusting with (papillate) digitations, and similarly lacks toxas. The differences are found in the sizes of the spicules, the upper sizes of which are larger in the new species (up to 450 in C. (A.) papillata  vs up to almost 700 µm in the new species). The smaller styles often have microspined apices in C. (A.) papillata  whereas these are smooth in the new species. Isochelae are also subtly different between the two species.

Cold-water species of the subgenus tend to have more elaborate shape and more diverse microscleres. The type species, C. (A.) fauroti ( Topsent, 1893b)  from the Red Sea is a small digitation and it has no microscleres, the West African species and the present new species from tropical Atlantic waters have only palmate isochelae, whereas e.g. the Antarctic C. (A.) flabellata ( Topsent, 1916)  (as Ophlitaspongia  ), re-described by Ríos et al. (2004), is flabellate-erect with a complement of several chelae and toxa categories. 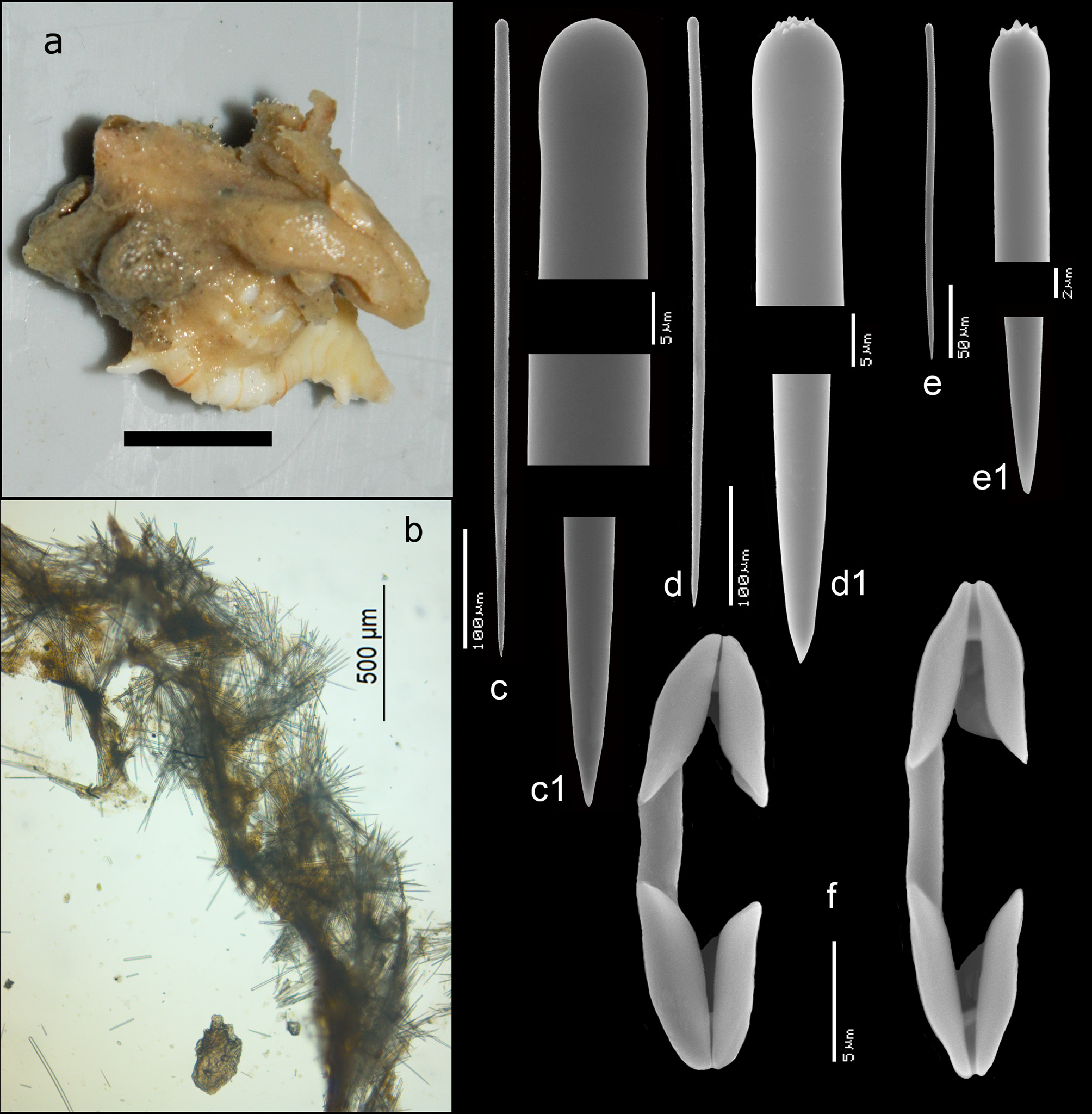