Skeleton. Loosely confused arrangement in the choanosome, tangential at the surface ( Fig. 116View FIGURE 116 b).

Distribution and ecology. Originally described from North Carolina, the species has been reported throughout the Caribbean region and also from Brazil (Muricy et al. 2011). Predominantly known from shallow-water, intertidal and mangrove habitats. The present records from sandy bottoms at 59–130 m depth are by far the deepest occurrence known for the species.

Remarks. In view of the deep occurrence there is some doubt about the identification. However, similarity with the original description and subsequent morphological information does not warrant erecting a new species for the Guyana Shelf material.

Authorship of this common Central West Atlantic species has been assigned to Parker (1910) by De Laubenfels (1936) (p.138). However, Parker himself (1910) (p. 2) made it abundantly clear that H.V. Wilson was in the process of describing this species and he only ‘borrowed’ the name for his physiological study. Apart from a figure of the species, there is no taxonomic description, nor a type specimen assignment in Parker’s paper. Effectively, Parker’s use of the name is a nomen nudum in the sense of the ICZN  . Authorship and year of publication should go to Wilson (1911), who gave a taxonomic description including information on the spicules. ICZN Art. 50.1 clearly stipulates the case that Parker’s (1910) referral to Wilson as the author of a forthcoming publication, in which the species is to be properly described, is a valid nomenclatorial procedure. In conclusion Hymeniacidon heliophila ( Wilson, 1911)  is the proper author-year combination for this species. 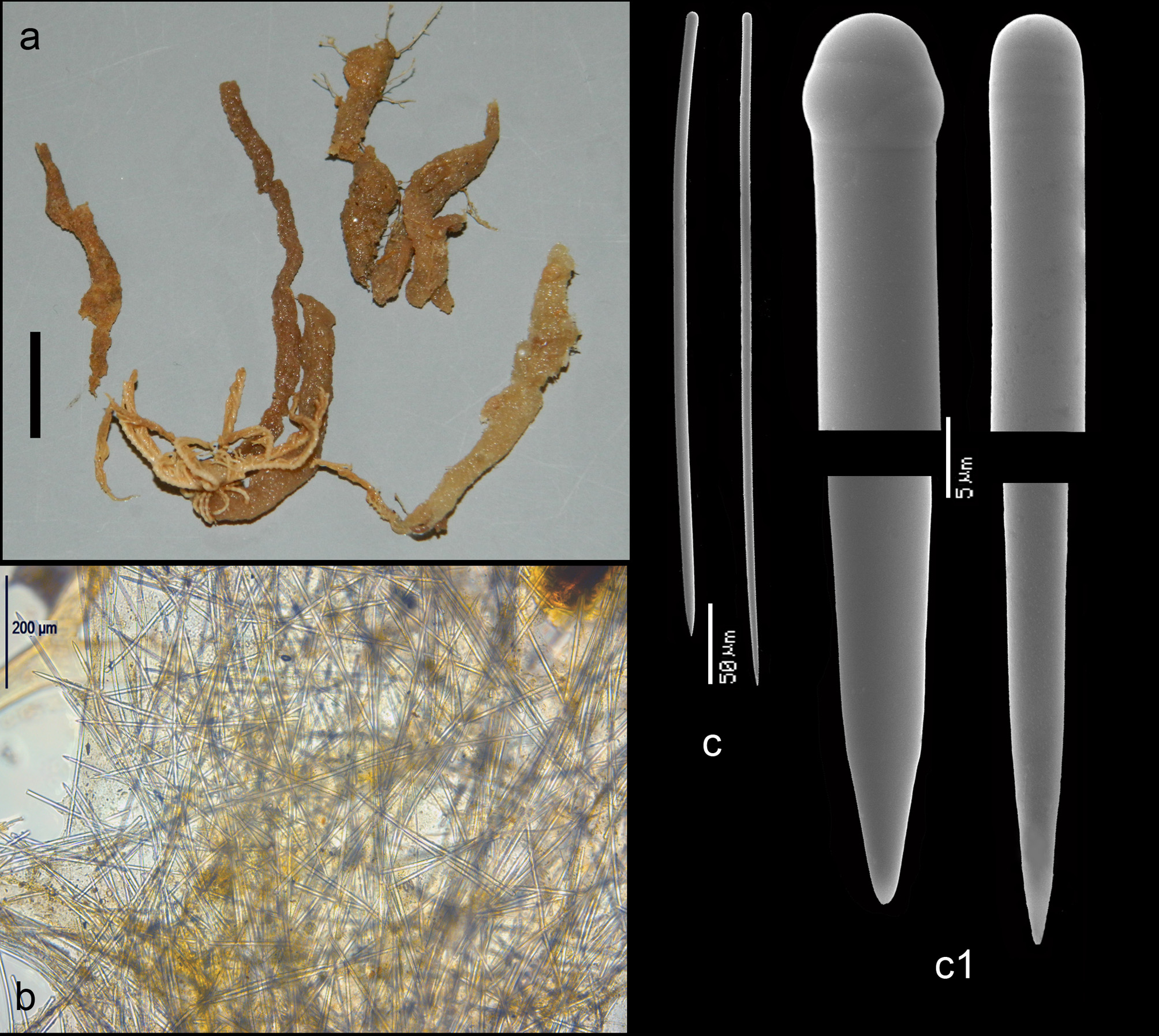