Description. The sponge forms smooth, thin, leaf-like shapes ( Fig. 104View FIGURE 104 a) with irregular margins. The available material consists of two almost equally large fragments, 7 x 4–5 cm in size, thickness varying between 2 mm at the outer margins to about 1 cm at the attachment to the substratum. Both fragments are presumed to be from the same larger individual attached at several points on shells and rubble. It is likely but not certain that the leaf-like forms were growing erect. There are no identifiable oscules. Color (alcohol) pale beige, with a faint rosy tinge. Consistency soft, limp, easily torn.

Skeleton. The choanosomal skeleton is plumose, with a large proportion of loose unorganized spicules and tracts of thicker styles forming wide meshes. No visible spongin. The ectosomal skeleton is tangential and consists of loose thinner styles and onychaetes.

Etymology. The noun ‘folium’ (L.) means leaf, referring to the leaf-like shape of the sponge. 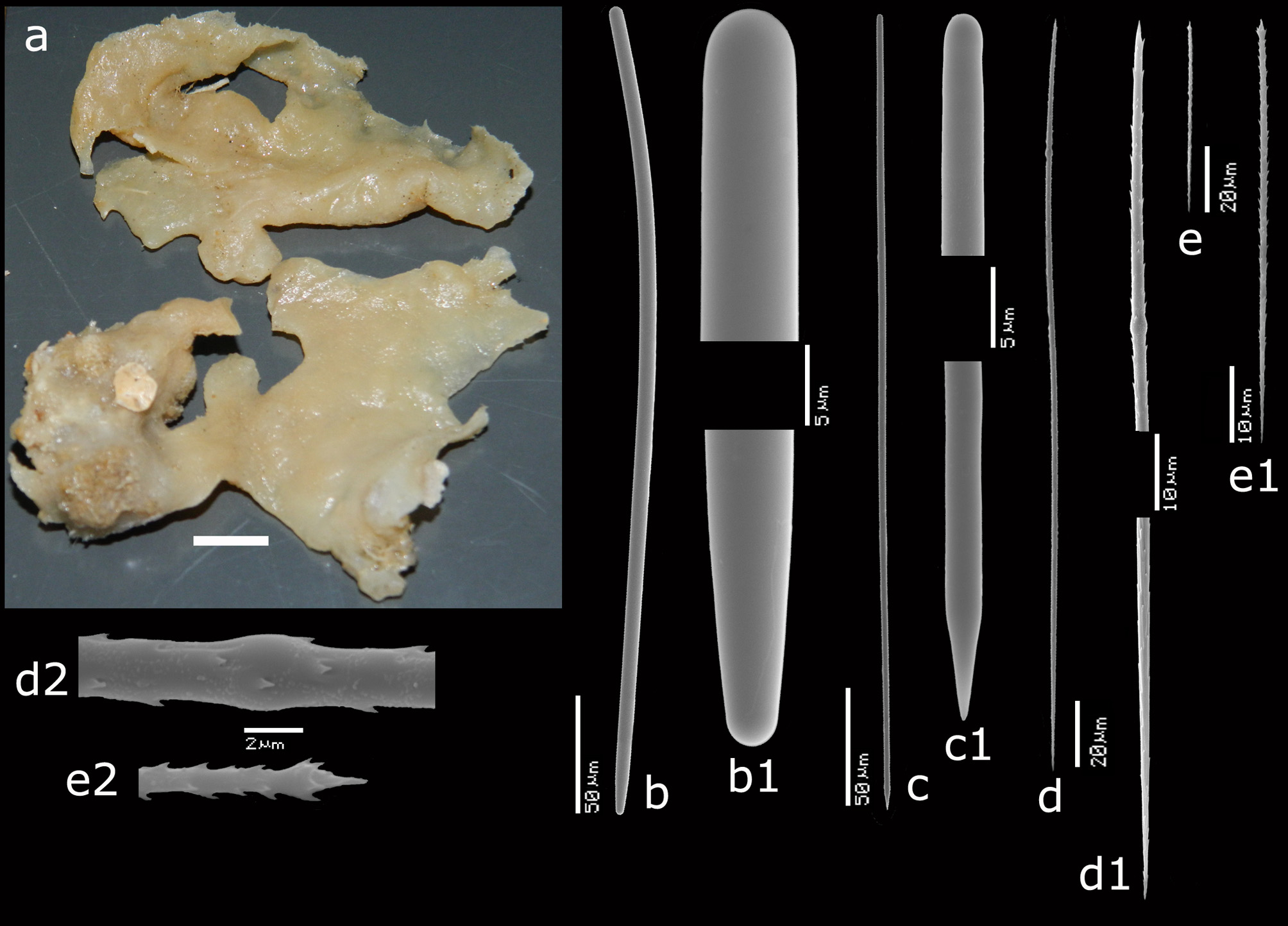