Skeleton. Typically tethyid, with flattened tubercles in cross section showing cortical bundles of styles fanning out to carry a 200–300 µm thick dense layer of acanthoxyasters. Styles protrude beyond the surface in places, especially in the grooves. Between the bundles of styles masses of megasters complete the cortical skeleton. The choanosome is less densely spiculated, and shows brown-pigmented tissue with scattered (smaller) styles, acanthoxyasters and micrasters. The choanosome is traversed vertically by bundles of large strongylostyles.

Distribution and ecology. Guyana Shelf, Gulf of Mexico, soft bottom, at 30–37 m depth. Remarks. The present specimen conforms closely to (re-)descriptions of Sarà & Bavestrello (1996) and Sarà (2002). A few size discrepancies are noticeable: the upper size of the styles, which is cited as up to 2000 µm by Sarà, were short of 1500 µm in the specimen from Suriname. Likewise, the size of the megasters (up to 80 µm according to Sarà) did not reach over 66 µm in the Suriname specimen. 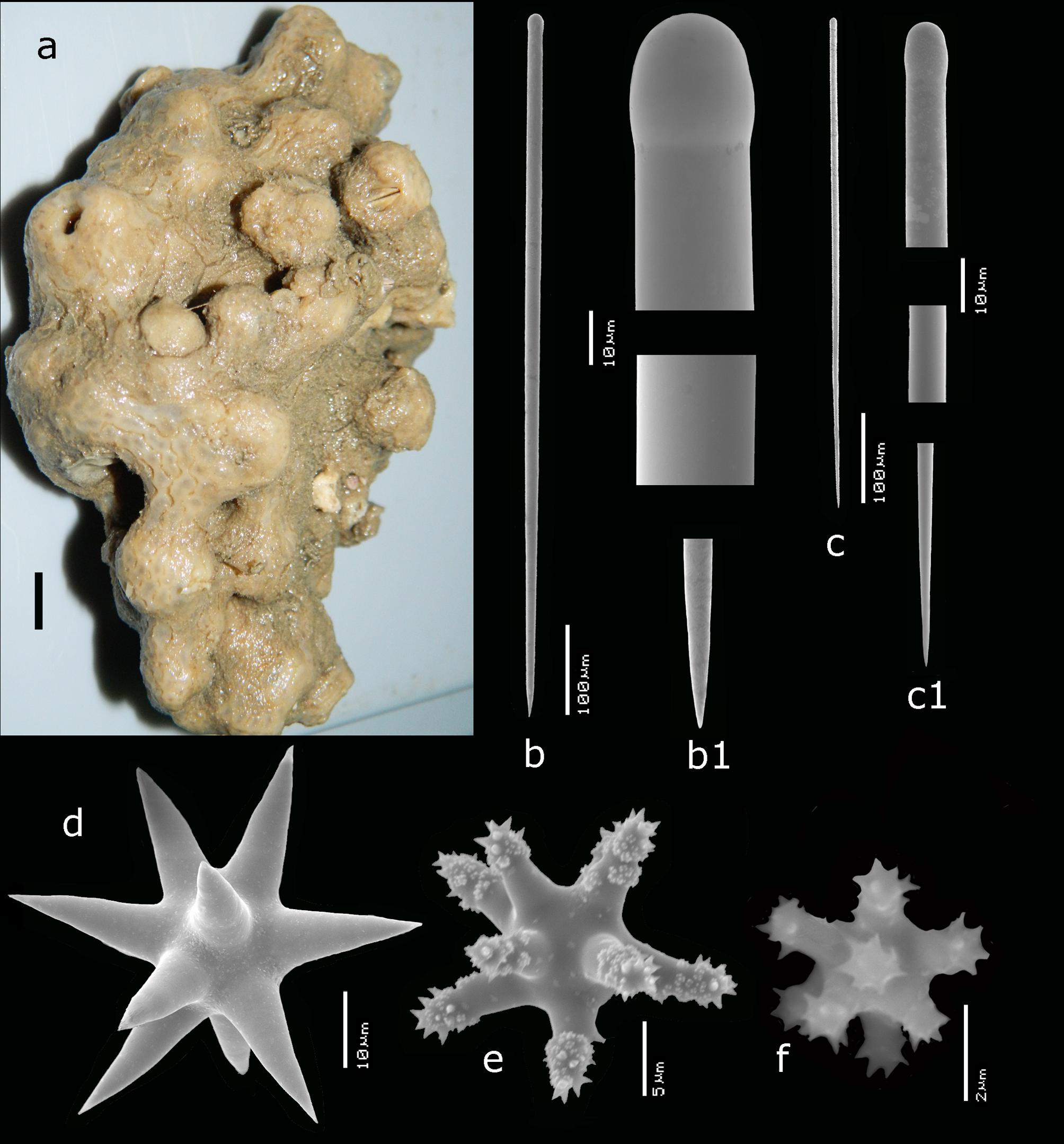