Description. ( Fig. 108View FIGURE 108 a) Thick crusts with surface divided into polygonal plates separated by pore grooves. Live color of specimens photographed on-deck by the CREOCEAN expedition in French Guyanan waters is redbrown, similar but slightly dulled in alcohol. No visible openings (the oscules and pores in the grooves are invisible due to the closure of the grooves). Size of holotype 5.5 x 4 x 3.5 cm, but the thickness in reality is about 4–5 mm, as it encloses a lump of shell debris. The paratypes are flat encrustations of 3–6 mm thickness. Consistency stony.

Spirasters ( Figs 108View FIGURE 108 f), quite variable and irregular, the shaft with one or rarely two spiral turns; with rays provided with shorter and longer secondary rays and spines, with the longer rays concentrated at both ends and on the upper curve, with few spines and protrusions in the center region and on the lower curve; overall length also variable, 16– 21.7 –26 µm, thickness of the shaft where free of spines, 2–4 µm.

Etymology. Named after Dr Klaus Rützler (Smithsonian Institution, Washington), to acknowledge his efforts in placospongiid taxonomy and for his important contributions to sponge biology in general.

Remarks. This species was already reviewed and described in Van Soest (2009) as Placospongia  sp. 1. The Pacific holotype of P. carinata ( Bowerbank, 1858)  and additional regional specimens were (re-)described by Becking (2013). The Central West Atlantic specimens previously assigned by various authors to P. carinata  closely resemble the Pacific P. carinata  , but as Van Soest (2009) pointed out there are several consistent differences which along with the geographic separation justify recognition at the species level. The principal difference is the shape of the spirasters/amphiasters, which is much more distinctly amphiaster-like with long rays at both upper and lower ends of the shaft in P. carinata  , whereas these spicules are pronouncedly spiraster-like in the new Central West Atlantic species because rays tend to be lengthy only at the upper convex side of the arched microsclere. Less clear, but consistent differences are in the sizes of these spirasters/amphiasters (larger in P. carinata  ), the megascleres (shorter in P. carinata  ), and the selenasters (larger in P. carinata  ). 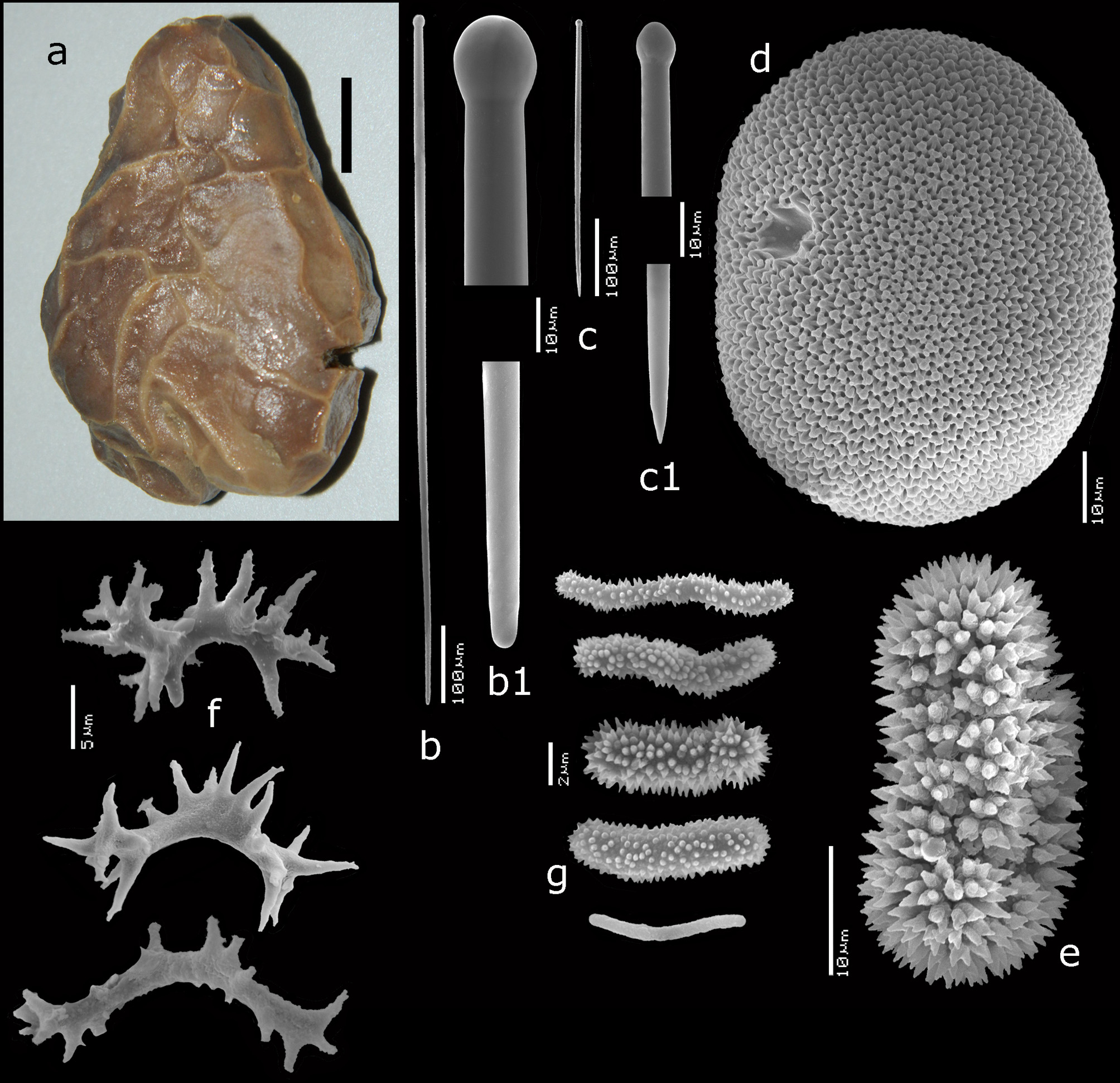