Skeleton. Small groups of tylostyles erect on the substratum rising beyond a thick mass of microscleres.

Remarks. The new species is very similar in spiculation to the type species of Diplastrella  , Mediterranean D. bistellatus ( Schmidt, 1862)  (originally Tethya bistellata  ) as redescribed by Rützler (2002b) (p. 221–222). Differences are the smaller tylostyles, only up to 630 µm, and the less compact smaller spiraster-like microscleres in D. bistellatus  . A second species of Diplastrella  in the Central West Atlantic is D. megastellata Hechtel, 1965  . This differs strongly in having large (up to 79 µm) irregular, anthaster-like microscleres in addition to small diplasters. See for a detailed view of the spicules Rützler et al. 2014 (p. 36 fig. 14).

A further dubious species, Diplastrella ministrella  , was erected by Gammill (1997), but his description is unrecognizable, contains no information on the spicules and the in situ illustration of the specimen is of low magnification lacking any details that would make it possible to recognize it. No material was apparently kept. It is possible that Gammill’s species is the same as D. spirastrelloides  sp. nov., but there is no way to verify this and it seems inescapable to declare the name a nomen nudum in the sense of art.13 of the ICZN. I contemplated using the name ministrella  for the present species (which would remove the unavailability of the name), because the present diplasters are indeed small compared to those of D. megastellata  . However, the habitat (Bahamian reefs at shallow depth) is clearly different from soft substratum at 94 m depth off Guyana, rendering the conspecificity unlikely. Apart from the above discussed, the genus Diplastrella  has four additional species, two in the Mediterranean, one in East Africa, and one in the South Pacific ( Van Soest et al. 2016). This distribution pattern appears incomplete and more species are expected to be found. 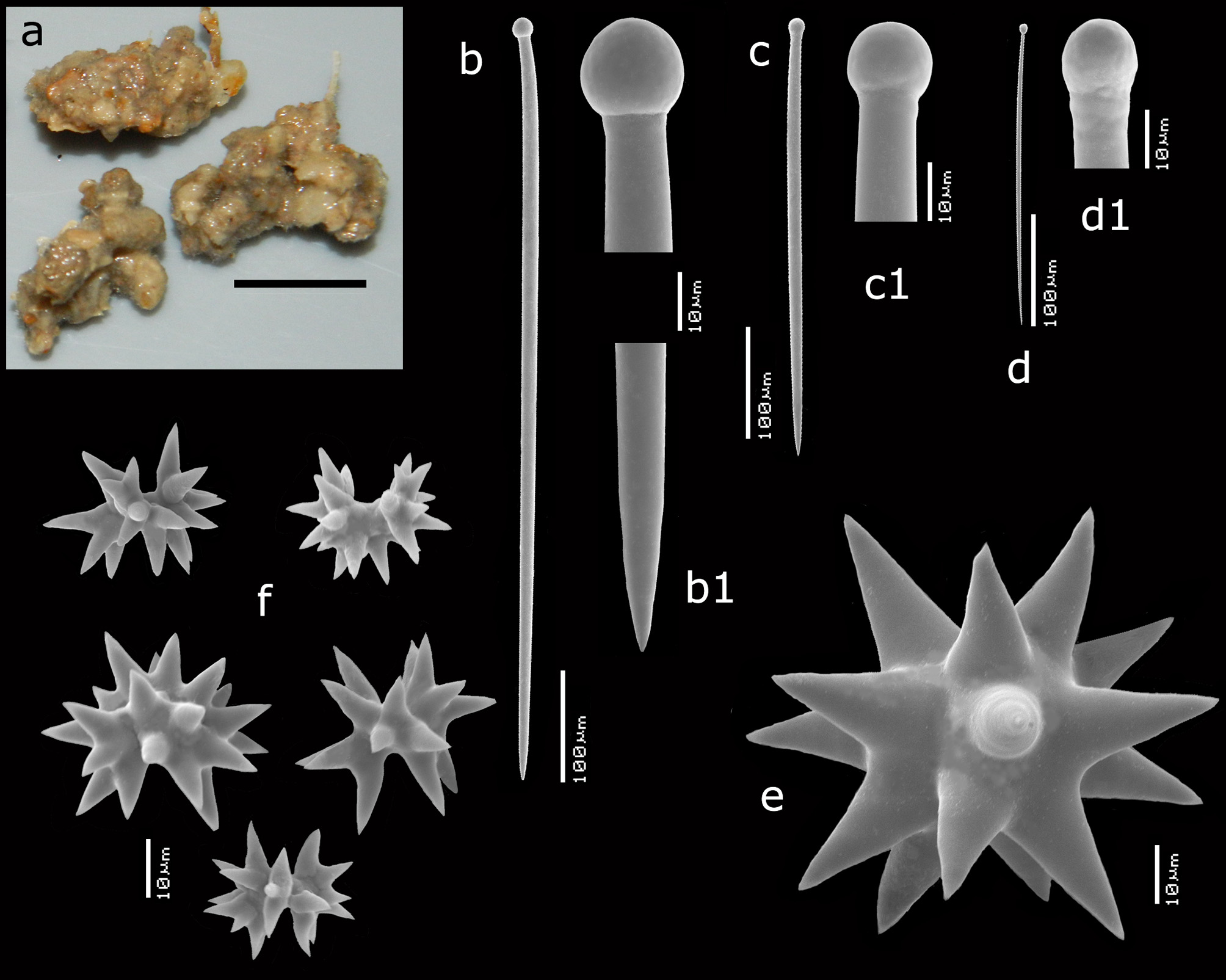