Glyphanostomum bilabiatum sp. nov. is unique within the genus because of the modified and elevated notopodia, connected by a dorsal ridge in thoracic unciniger 8. Lateral lappets in segment II have also been described in the congeneric species G. moreirai Aguirrezabalaga & Parapar, 2014 and G. hesslei Reuscher, Fiege & Imajima, 2015 . However, in these species the lappets were relatively small and restricted to the sides of segment II. In the new species there is one continuous lappet that stretches from side to side, across the ventrum of segment II, reminiscent of lateral lappets in anterior segments of some terebellid genera. Ventrally the lappet looks like a second lower lip. The modified thoracic unciniger 8 is remarkably similar to the typical modification in the genera Anobothrus and Zatsepinia .

The holotype was collected in the northern area of the Abyss vent. The area was characterized by high CO2 seepage. The sediment had a distinct H2S smell. At the collection site of the paratype gas bubbles were observed, even though it had a lower CO2 seepage rate ( Rehder et al. 2008).

Etymology. The species name refers to the ventral lappet in segment II, which looks like a second lower lip. Distribution. Exclusively known from the Yonaguni Knoll IV Hydrothermal Field in the Okinawa Trough off the northeastern coast of Taiwan. 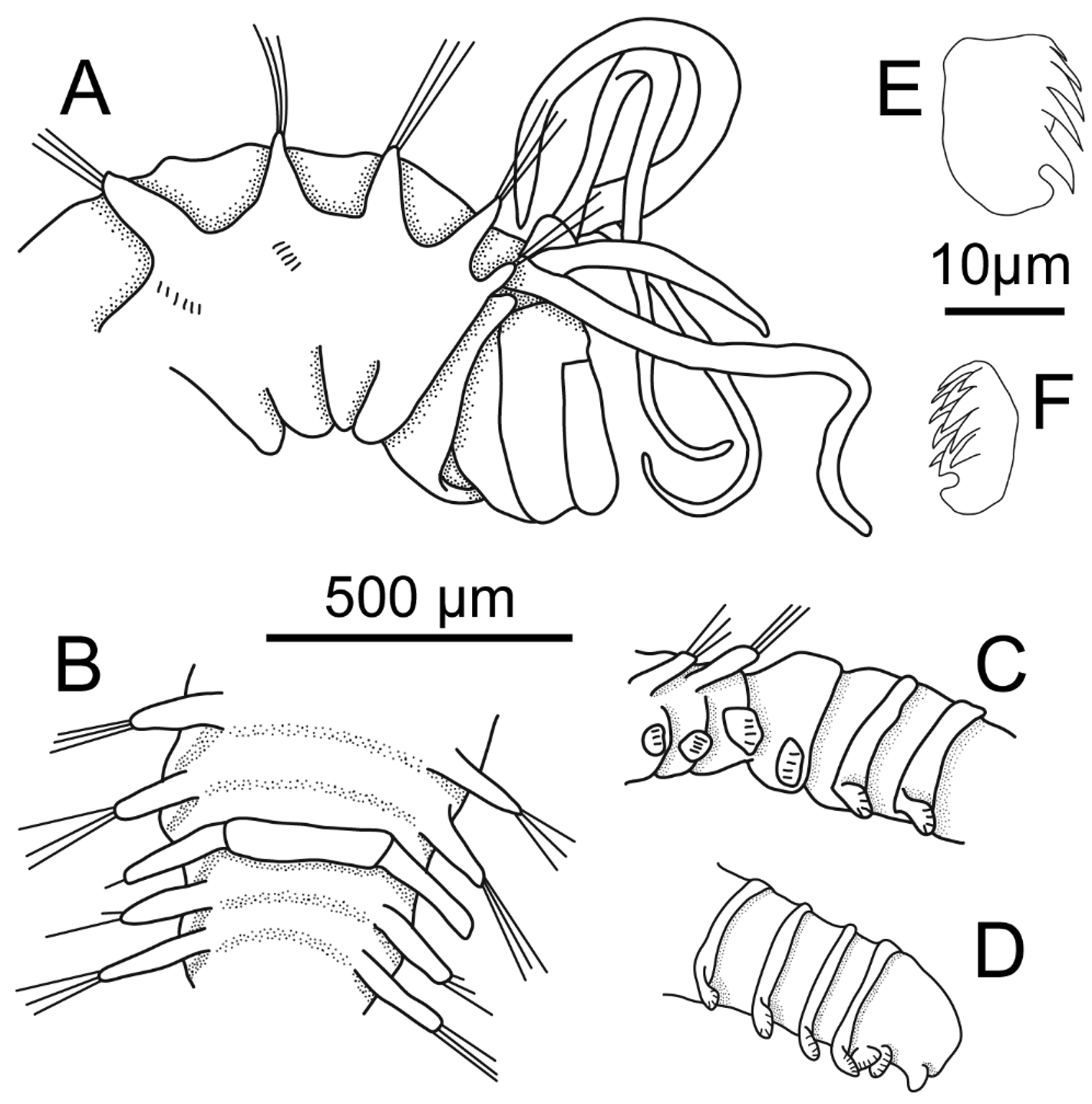