Remarks. The large nephridial papillae are presumably only present in male specimens. They were lacking in every specimen that contained eggs and vice versa.

The prostomial dark pigment stripes in the holotype and several paratype specimens probably belong to nuchal organs. In some paratype specimens the area behind the lateral incisions of the prostomium lacked the dark pigment. Instead, they appeared to be brightly colored nuchal organs ( Fig. 5 View FIGURE 5 D). About half of the complete paratype specimens had ventrolateral papillae in their pygidia, while the other half and the holotype did not. It seems that Pavelius makranensis sp. nov. can contract the pygidium and withdraw the anal papillae. The only congener Pavelius uschakovi Kuznetsov & Levenstein, 1988 has 21 abdominal uncinigers (assuming that the first two of the 23 abdominal segments mentioned in the original description are actually intermediate uncinigers), five more than in the new species. P. makranensis sp. nov. has notopodial rudiments in the intermediate uncinigers and the first abdominal unciniger, whereas they are lacking in P. uschakovi . Finally, the abdominal uncini of P. uschakovi were described with five teeth. The new species has abdominal uncini with seven teeth. The type specimen of P. uschakovi was not available for examination because it is lost (Budaeva, pers. comm.).

The new species had been tentatively identified as Pavelius uschakovi in an ecological study of the Makran accretionary prism ( Fischer et al. 2011). They noted that the species dominated a transitional area between a central microbial mat and a peripheral vesicomyid clam bed.

Etymology. The new species is named after its sampling location, the Makran accretionary prism.

Distribution. Exclusively known from cold seeps of the Makran accretionary prism off the coast of Pakistan. 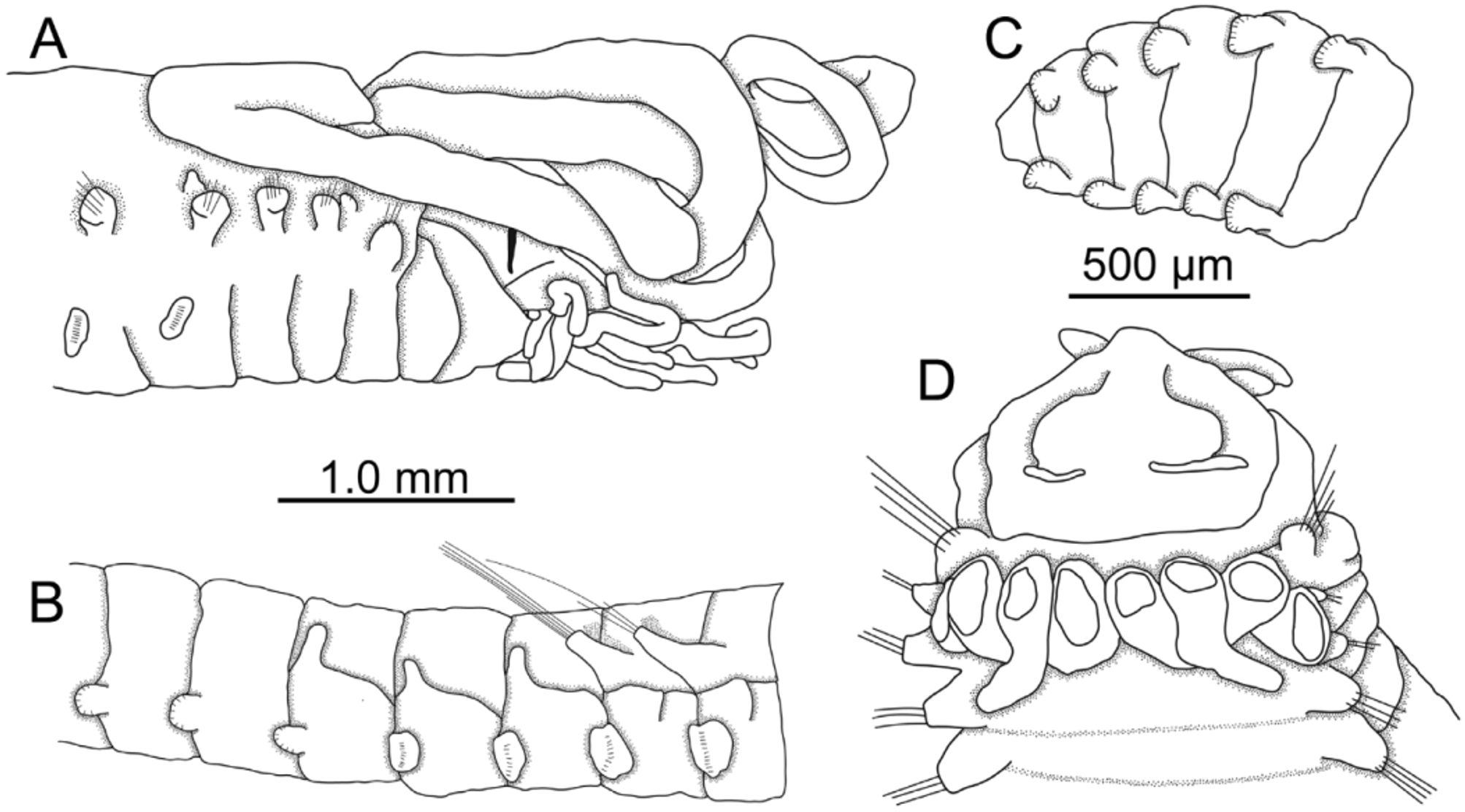