The material above was re-examined as part of this study and the definition of Macellicephala mirabilis  is here restricted to characters derived from the holotype BMNH 1885: 12: 1: 100, which was described in detail by McIntosh (1885). This form has very extended, anteriorly angular (truncated) prostomial lobes ( Fig. 2AView FIGURE 2) rather than shorter, rounded or tapering form of prostomial lobes as seen in other species of Macellicephala  (see Fig. 2View FIGURE 2 for comparison). The description and drawing provided by McIntosh (1885) clearly depicted slender elongated frontal filaments and dorsal cirri, which have since fallen off and were therefore not observed by Pettibone (1976) or in our examination. Papillation medial to bases of elytrophores and dorsal cirrophores reported by Pettibone (1976) was not observed.

For a full comparison of all valid Macellicephala  species based on examination of material presented in this study and published literature for the others see Table 2. 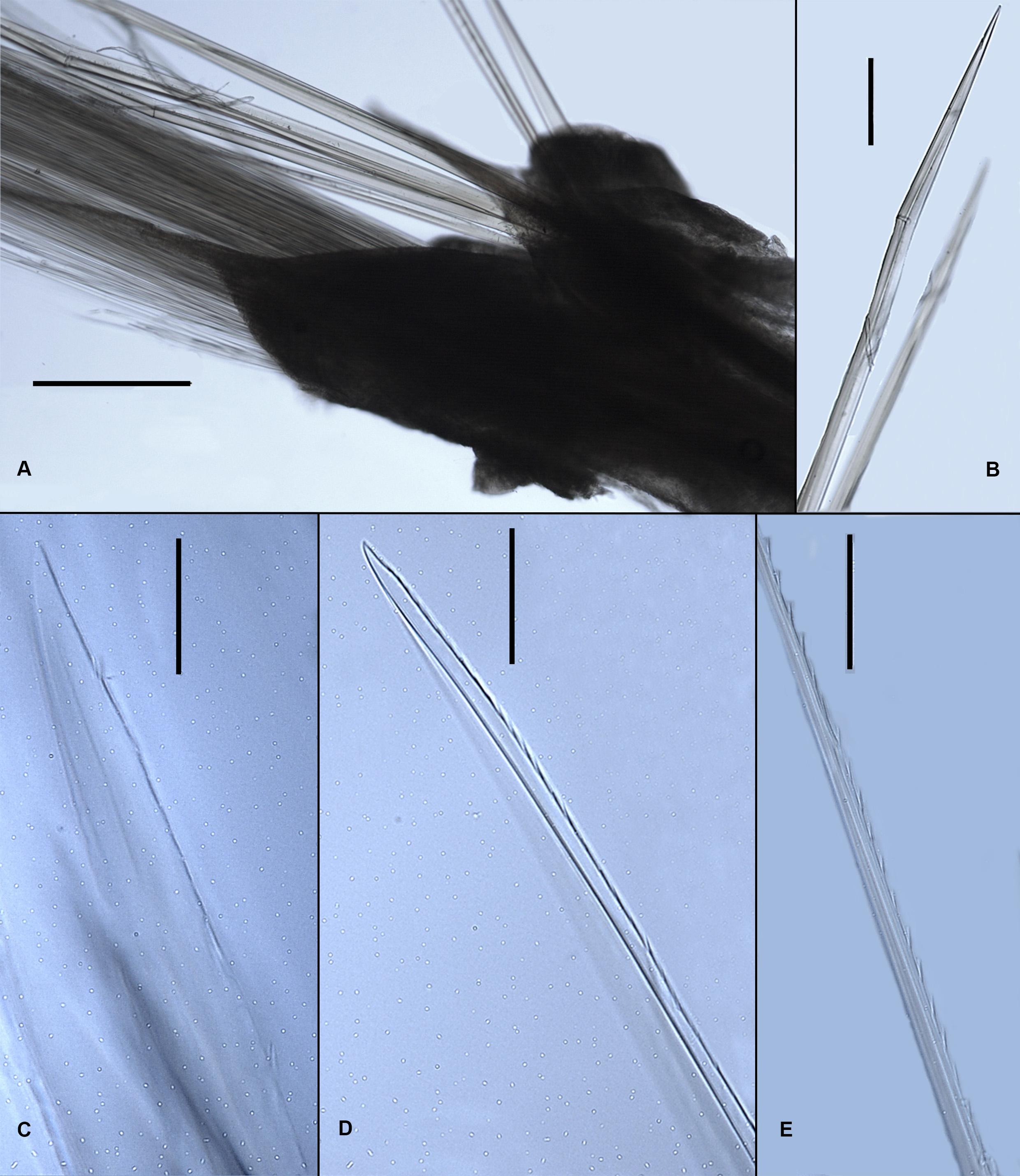