? Information not given in the description, neither it can be estimated from the drawings or it is stated as not observed due to poor condition of the specimen

§ - re-description given by Pettibone (1976) is based on several specimens, which likely represent different species, revision is needed

* Wu and Wang (1987) stated that facial tubercule is absent in M. australis  , however large trilobed facial tubercule can be clearly seen depicted in their drawing (p.26, Fig. 9View FIGURE 9)

In addition, there appears to be confusion about the locality of specimens assigned here to M. macintoshi  sp. nov. Whereas the locality stated by Pettibone (1976) for specimens accessed as BMNH: 1924: 7: 21: 12 was South Africa (off Cape Point Lighthouse, 860 m depth), the label inside the vial containing these specimens states South Africa (Cape of Good Hope, 300 –500 fathoms = 540–900 m), as included in the Material examined section in this publication.

Etymology. This species is dedicated to W. C. McIntosh, who described many polychaete species, including the first species of Macellicephala  , M. mirabilis ( McIntosh, 1885)  and who also collected the specimens upon which the description of M. macintoshi  sp. nov. is based. 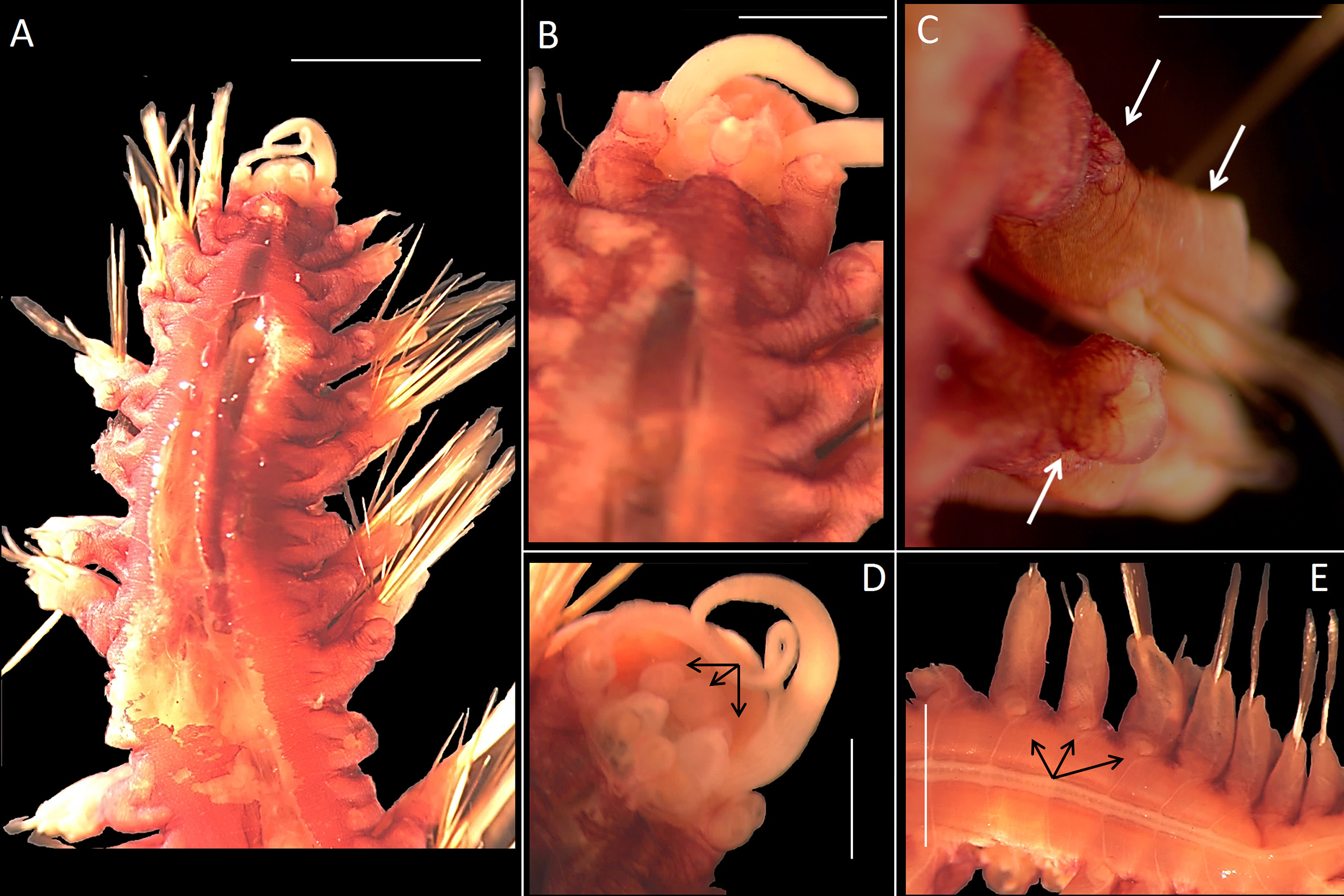 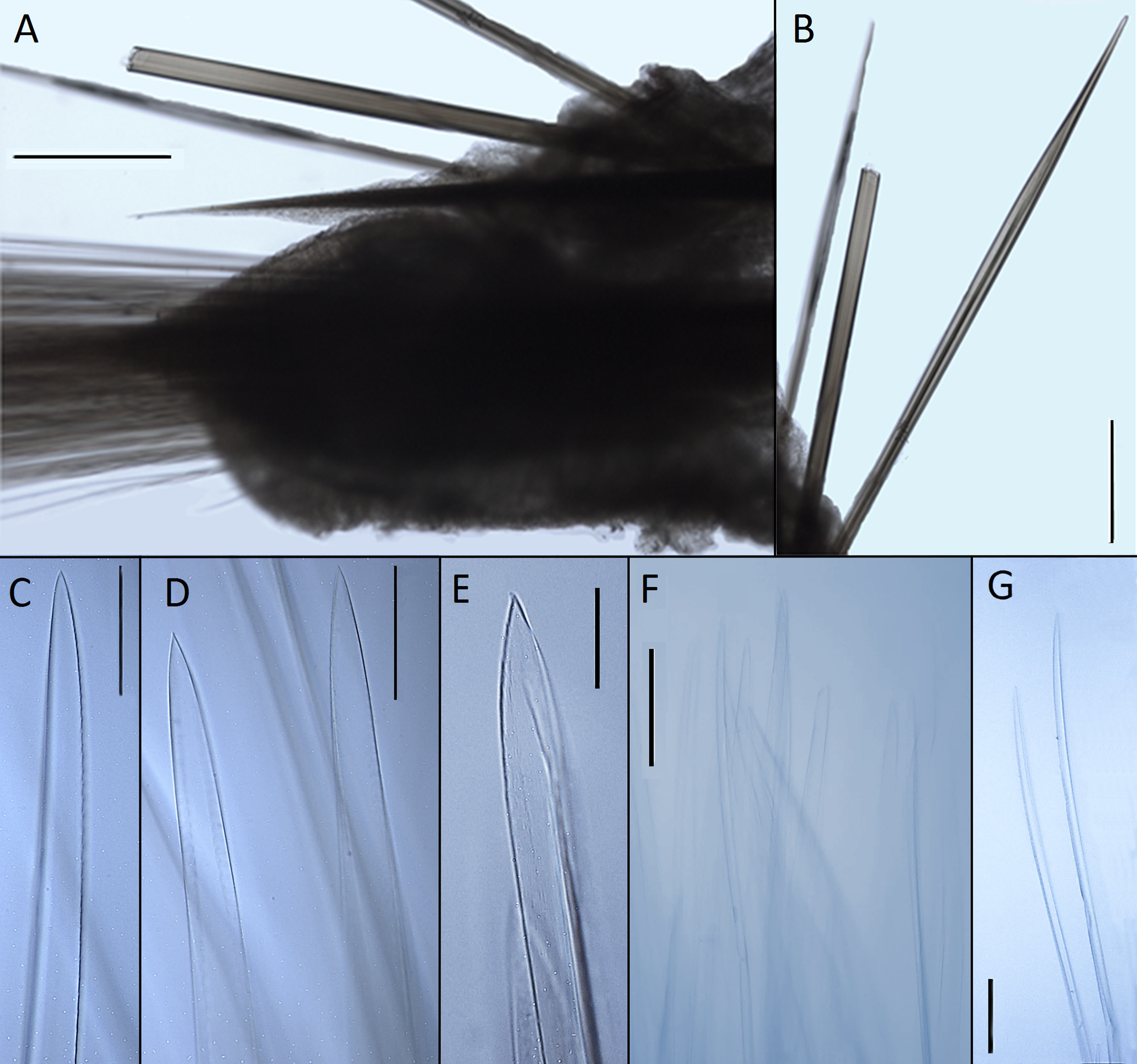 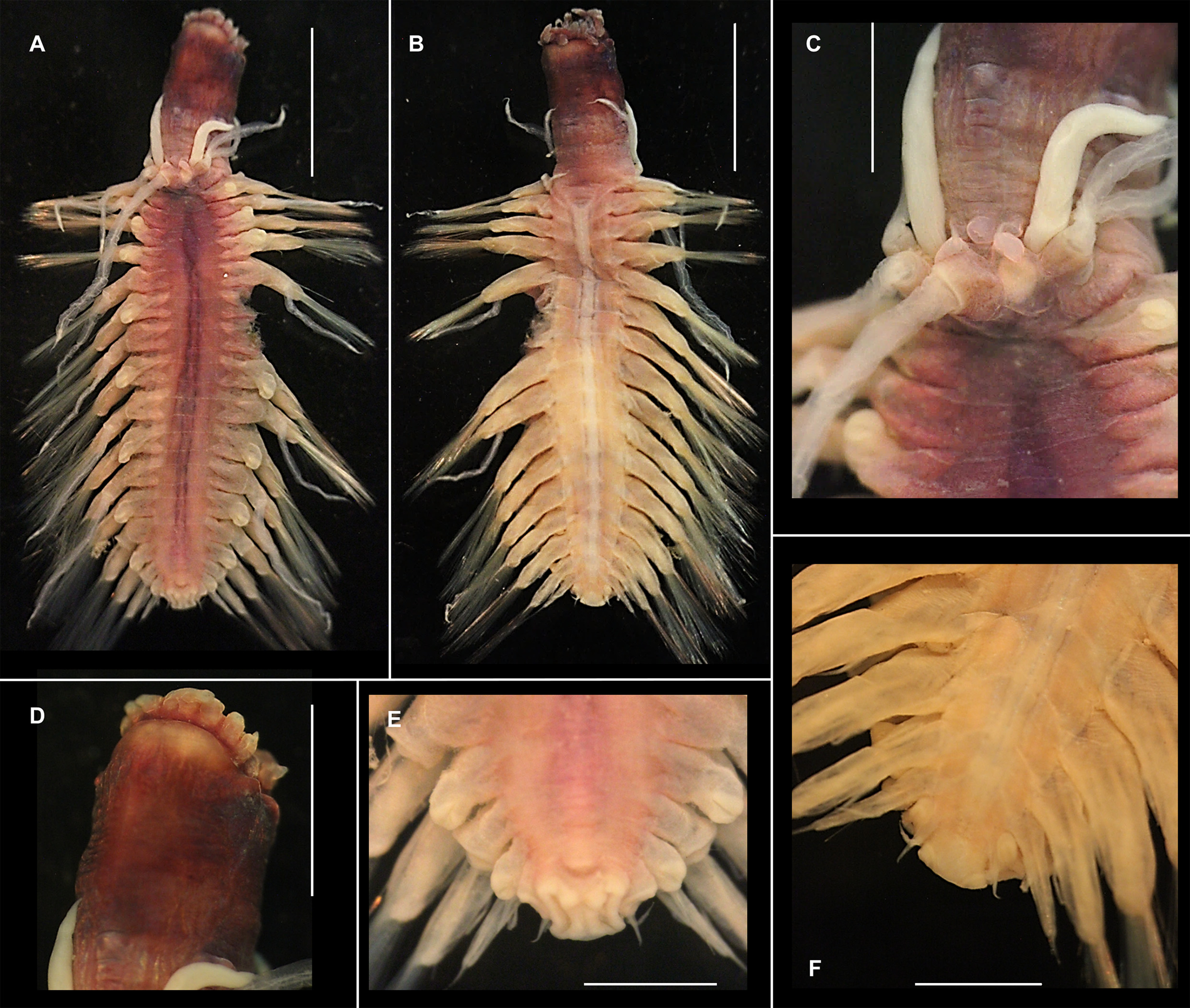