Etymology. The specific epithet “ diamantino ” is a latinized adjective referring to its type-locality, Parque Nacional da Chapada Diamantina , the northern segment of the Cadeia do Espinhaço in the state of Bahia, Brazil.

Diagnosis. Phyllopezus diamantino sp. nov. is characterized by the following combination of character states: (1) Mental scales sub-triangular, with similar length and width and posterior margin not exceeding the second infralabial; (2) postmental scales increased, hexagonal, twice as long as wide, with broad contact each other and previously separated by about 1/3 of its length by the mental scale; (3) up to two scales in contact with the ventral margin of first infralabial; (4) presence of enlarged scales surrounding and separating postmental scales from the granules of the gular region; (5) six to seven infralabial scales; (6) granular scales in the distal region of mandible, juxtaposed, occasionally presenting tubercles of different sizes; (7) dorsal tubercles enlarged, corresponding to about six granular scales, elongated and keeled; (8) developed pollex; (9) cycloid or triangular scales around the auditory meatus, little bristly; (10) homogeneous scales of the same size in the region of the labial commissure; (11) many tubercles in the angular region between the upper and lower edges of the opening of the auditory meatus and eyes; (12) postcloacal pores always present in males and females; and (13) large sized, SVL 76.41–96.25 mm in males, and 72.38–82.36 mm in females. See “Comparison with Congeners” section for additional diagnosis with other genus species.

Description of holotype. Adult female, SVL 96.25, fully regenerated tail, DBL 37.97, TBW 10.12, HL 27.75, HW 19.17, HD 8.73, SL 11.01, NSD 2.42, ESD 8.82, ED 6.94, IOD 8.87, IND 3.27, LH 21.04, LF 13.13, LT 22.02, LTB 15.41, WM 4.41, LM 4.28, WR 4.05, LR 2.16, R 1, PR 3, SN 2, SL 7, IL 7, M 1, PM 2, SSP 7, VLR 59, DT 45, L4F 10, L4T 14, TP 3, and CP 1. Head large (SVL/HL = 3.43), distinct from neck. Mental large (HW/WM = 4.3 and HL/LM = 6.4), sub-triangular, slightly wide than longer (WM/LM = 1.03), bordered by the 1st infralabial and in broad contact with two postmentals. A pair of postmentals, large, hexagonal-shaped, juxtaposed, longer than wide, separated for mental by one third of their length, flanked by seven large scales with differentiated sizes, which are replaced by granules juxtaposed that extend to the level of the labial commissure and are gradually replaced by similar small scales, smooth and imbricate, similar to ventral scales. First five infralabials rhomboid; the first largest, in broad contact with the postmental pair and a group of seven large, smooth, variable-shaped scales that isolate the postmentals from the granules of the gular region. These are succeeded by small scales that undergo abrupt reduction in size until become granules in the beginning of the gular region. First infralabial smaller than 2 nd, and from the 2 nd on decreasing in size towards the labial commissure; the commissure area with granules. First to 4 th infralabial scales rhomboid. From the 2 nd infralabial on, there is a group of small, elongated scales that border the infralabial row to near of the labial commissure, which also isolates them from the granules of the gular region. Ventral scales smooth and imbricate, cycloid, arranged in longitudinal rows. Large rostral (HW/WR = 4.7 and HL/LR = 12.8), wider than long (WR/LR = 1.8), triangular, visible in dorsal view, with a fissure extending from the region in contact with the nasal to half of the rostral, and a perforation in the upper left side. A pair of postrostrals protruding, separated by two tiny scales and in contact with the one of postnasals. Large supralabials, longer than wide, decreasing in size to the end of the labial commissure. First supralabial in broad contact with the rostral and one of the postnasals, involving part of the nostril. Posterior snout region and interorbital region concave. Dorsal and lateral surfaces of the head covered with granular juxtaposed scales, with scattered tubercles on the upper surface starting at the level of interorbital region. Granules in the snout larger than those of the occipital region. Eighteen small granules between the postnasals and anterior ocular margin. The granules surrounding the ocular region are tiny and more spaced than those of the snout and the dorsum. Postnasals swelling, elongated and bordering 1/4 of the nostril. The border of the auditory meatus is surrounded by small scales and granules. In the auditory meatus, the scales are small and smooth. Dorsal region of the body covered by granular scales and larger tubercles almost equidistant, conical and anteroposteriorly elongated, arranged in 10 to 14 irregular lines, reaching the level of the posterior region of hindlimbs, just before tail insertion. Postcloacal tubercles present, three on each side, easily perceived. Postcloacal pores present, one on each side. Regenerated tail, presenting smaller overlapping cycloid scales in the dorsal region and increasing in size in the lateral region. A row of smooth, elongated medial scales in the ventral region of the tail, two or three times wider than long, covering to half of the ventral region of tail. Dorsal surface of the forelimbs and hindlimbs different of the dorsum of the body, with medium scales smooth and imbricate, tubercles absent. Palmar and plantar regions with small granules, replaced in the forearms by smooth, cycloid, and imbricated scales. Infradigital lamellae on the 4 th finger of the forelimbs and hindlimbs wider than long, wider than high, almost straight; two distal lamellae in open V-shaped. Claws bordered by smooth and imbricate scales, composed of five scales in the ventral region, five dorsal scales. Side of claws with two rows of scales with five scales each. Presence of sheath with three scales.

Coloration in life ( Fig. 6 View FIGURE 6 and 10A View FIGURE 10 ). Based on a not collected topotype: Body with background color Olive Horn (16). The dorsum has irregular bands on sides beginning in the postnasal region and extending towards the base of the tail; these bands show irregular stains in the Sepia (229) surrounded by Pale Cinnamon (55) tones. Small irregular spots with Brownish Olive (276) tones distributed along the dorsum of the body and limbs. A lateral band in the head beginning in the labial commissure (rather than dashes), Sepia (229) and Pale Cinnamon (55) colors, that extends until the hindlimbs. Limbs in Sepia (229) and Sulphur Yellow (91) pattern with irregular spots in Brick Red (36) up to the claws. Head Olive Horn (16). Irregular Brownish Olive (276) spots between the eyes and the auditory meatus. Tail with well-defined transverse bands alternating between Olive Horn (16) and Sepia (229) with Brownish Olive (276) spots. In the beginning of the tail, there is a Brownish Olive (276) triangular-shaped spot. The regenerated segment of the tail is an Olive Horn (16) that do not form a distinguishable pattern. Ventral region Sulphur Yellow (91), without spot pattern. Infradigital lamellae Pale Mauve (204).

Coloration in preservative ( Fig. 5 View FIGURE 5 ). The color pattern of holotype differs significantly from the coloration of the topotype in life described above. The dorsal pattern is almost homogeneous with little contrast between the irregular bands and background coloring (although these are visible when looking more closely). The background color is Dark Drab (45) and the bars are Brunt Umber (48). The tail region (regenerated) has a lighter color in Drab (19) and the ventral region becomes Pale Horn Color (11) slightly darker.

Intraspecific variation. All diagnostic characteristics for the new species are seen in all specimens analyzed. The MZUSP 106772 specimen does not present postcloacal tubercles and the MZUSP 106776 lacks a postrostral scale. Morphometric variation and the scale count range among specimens are provided in Appendix III.

Distribution, habitat, and natural history. The new species is currently known only from the mountains of Serra do Sincorá, in the Chapada Diamantina , an area situated in the northern segment of Espinhaço mountain range. A mosaic of vegetation types, of which “campos rupestres”, or rupestrian grasslands, a dominant open-rock pioneer vegetation with rock-dwelling plants, are most common, characterizes the area. Notwithstanding, there are varieties of other environments in the region, like gallery forests, “Cerrado” (savanna-like), montane forests and semi-deciduous to deciduous forests ( Giulietti & Pirani 1988).

Phyllopezus diamantino sp. nov. is nocturnal and specimens were found on rocky outcrops and in tree and shrub trunks. Active animals were found only at night on the surface of rocks or trees or in rock crevices, and during the day only one inactive specimen was found under a rock. 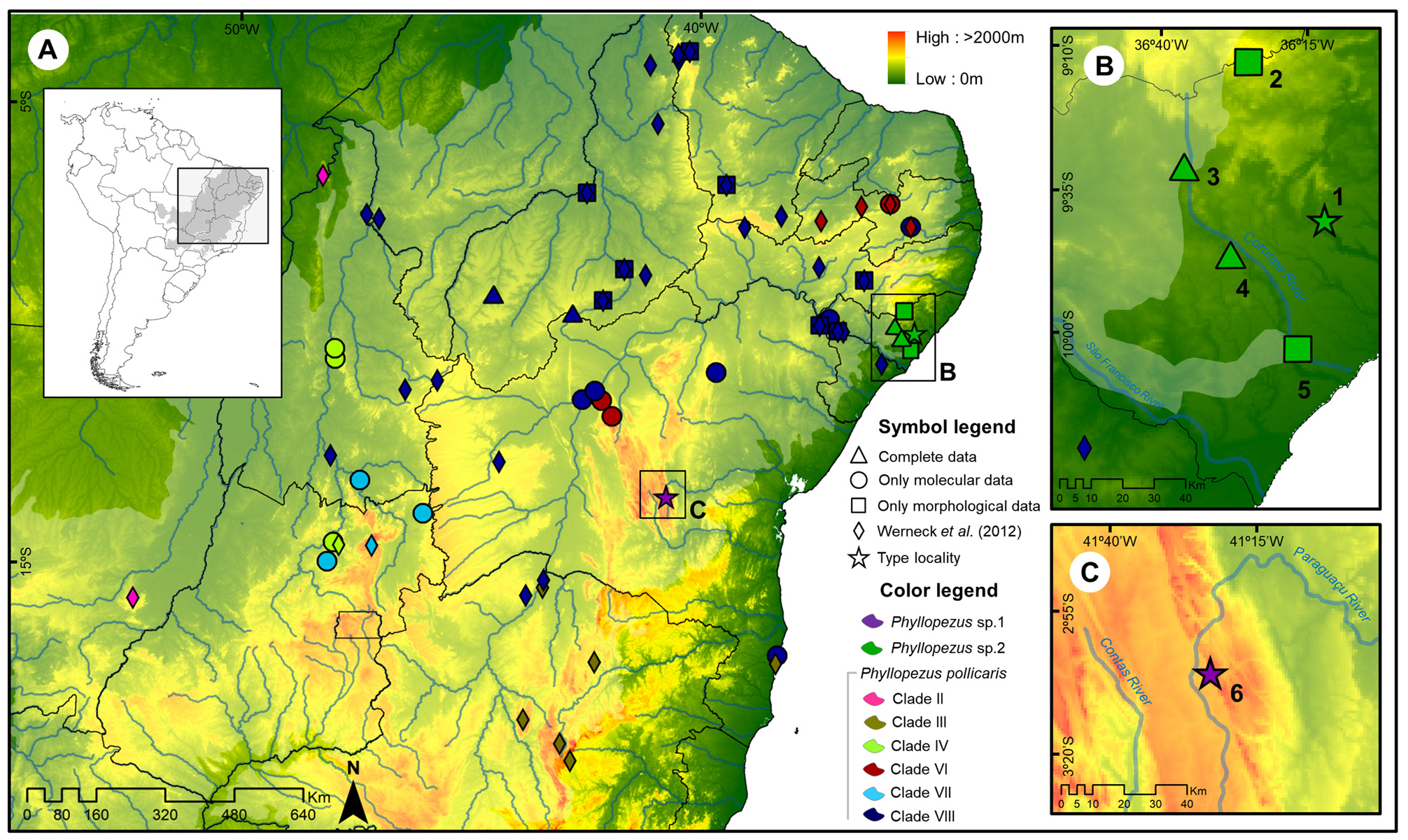 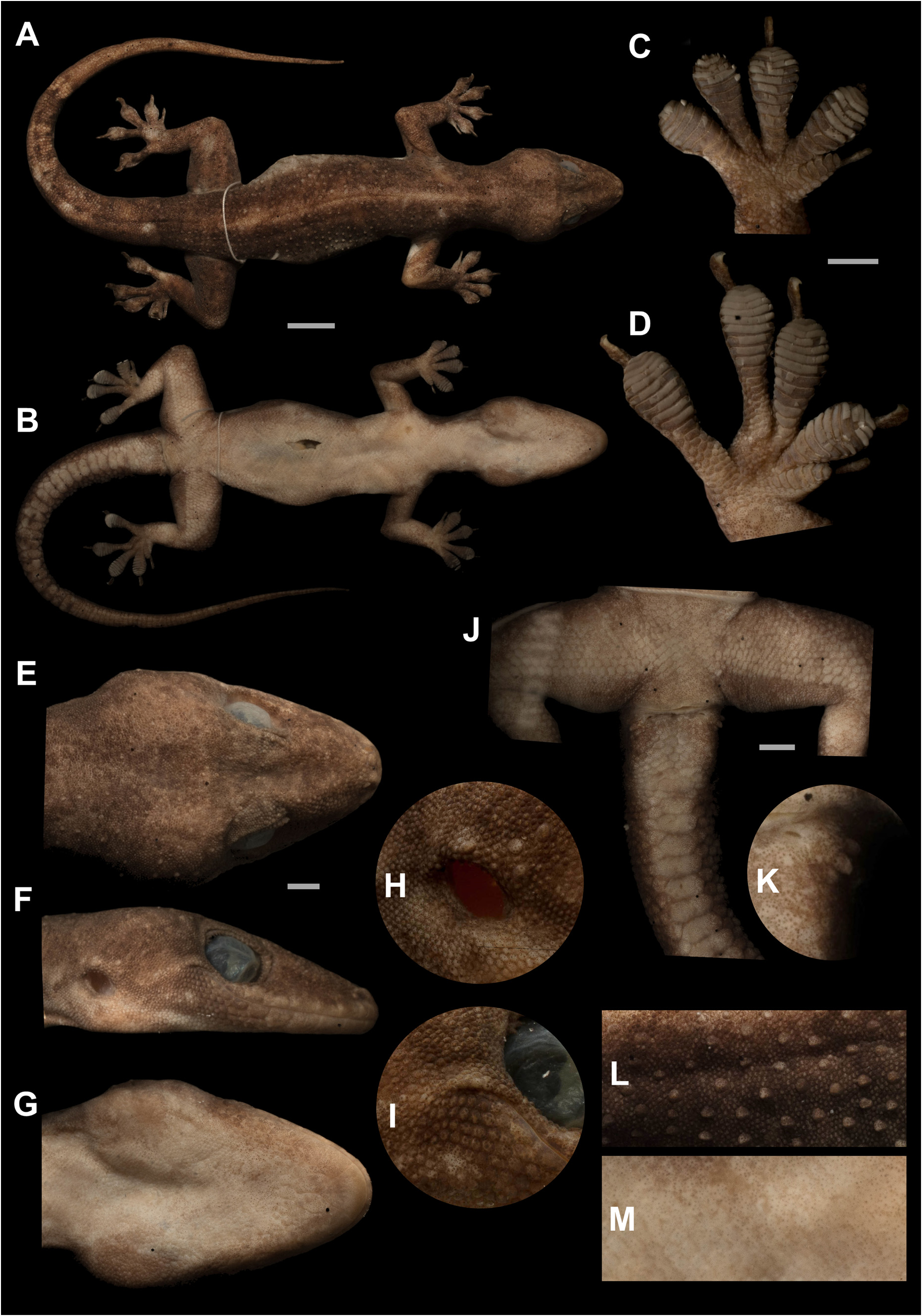 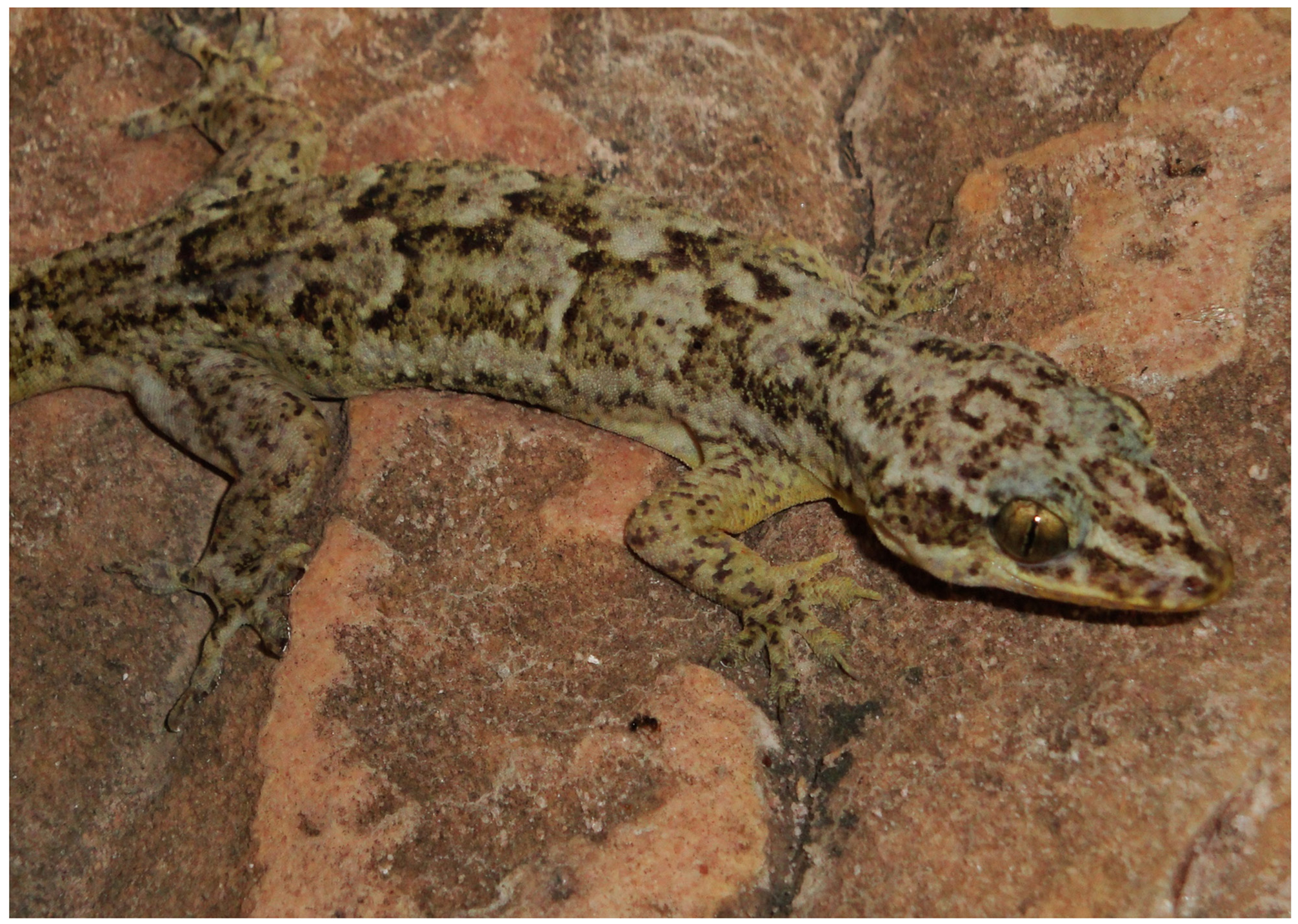 FIGURE 10. Coloration in life of dorsal view of the body and dorsolateral view of head of (A) Phyllopezus diamantino sp. nov. [topotype (unvouchered specimen)] and (B) Phyllopezus selmae sp. nov. [paratype (MHNUFAL 16198)].