Fossil elements belonging to Lepisosteidae  were first reported from the Eocene of Alabama by Thurmond & Jones (1981), and later Clayton et al. (2013) and Maisch et al. (2016) assigned isolated scales from the Lisbon Formation to Lepisosteus  sp. Two scale morphologies occur in Claibornian strata, including thin and smooth as well as thin and ornamented. Large, thickened ganoid scales have traditionally been assigned to Atractosteus  , whereas smaller, thinner, unornamented scales have been identified as Lepisosteus  (see Wiley 1976; Maisch et al. 2016). However, in his study of extant gars, Grande (2010) noted that the degree of ornamentation on the scales of Atractosteus  varies from heavy to absent. Furthermore, ornamentation is more prevalent on the scales in certain areas on the body (heaviest in the trunk and prepelvic area, for example) and is more prominent on larger (older) individuals (i.e., ontogenetic development, with scale ornamentation in the caudal region being the last to form). Furthermore, Grande (2010) recognized four Eocene genera within the Lepisosteidae  , Atractosteus, Cuneatus  , Lepisosteus  , and Masillosteus  . Although the scales of Lepisosteus  lack ganoid ornamentation, it can be present on the scales of Atractosteus, Cuneatus  , and Masillosteus  . Thus, all four genera can have unornamented scales, depending on the age of the gar and/or location of the scale on the body ( Grande 2010), and the presence or absence of ganoin ornamentation on scales is not a taxonomically useful characteristic.

Grande (2010) also demonstrated that centrum length of a vertebra can vary depending on the location in the spinal column, and the morphology of these gar vertebrae overlaps within the various genera. Although size differences can be observed among the vertebrae in our sample, these differences could be attributed to ontogeny. Furthermore, generic identification of isolated gar teeth is also problematical, as Wiley (1976) and Grande (2010) have shown that there is little morphological difference between the various taxa, and gars generally have multiple rows of teeth of varying size. Thus, according to Grande (2010), specific cranial elements or nearly complete articulated gar specimens are needed for generic and specific assignments, since isolated scales, teeth, and vertebrae cannot be confidently identified beyond the familial level. 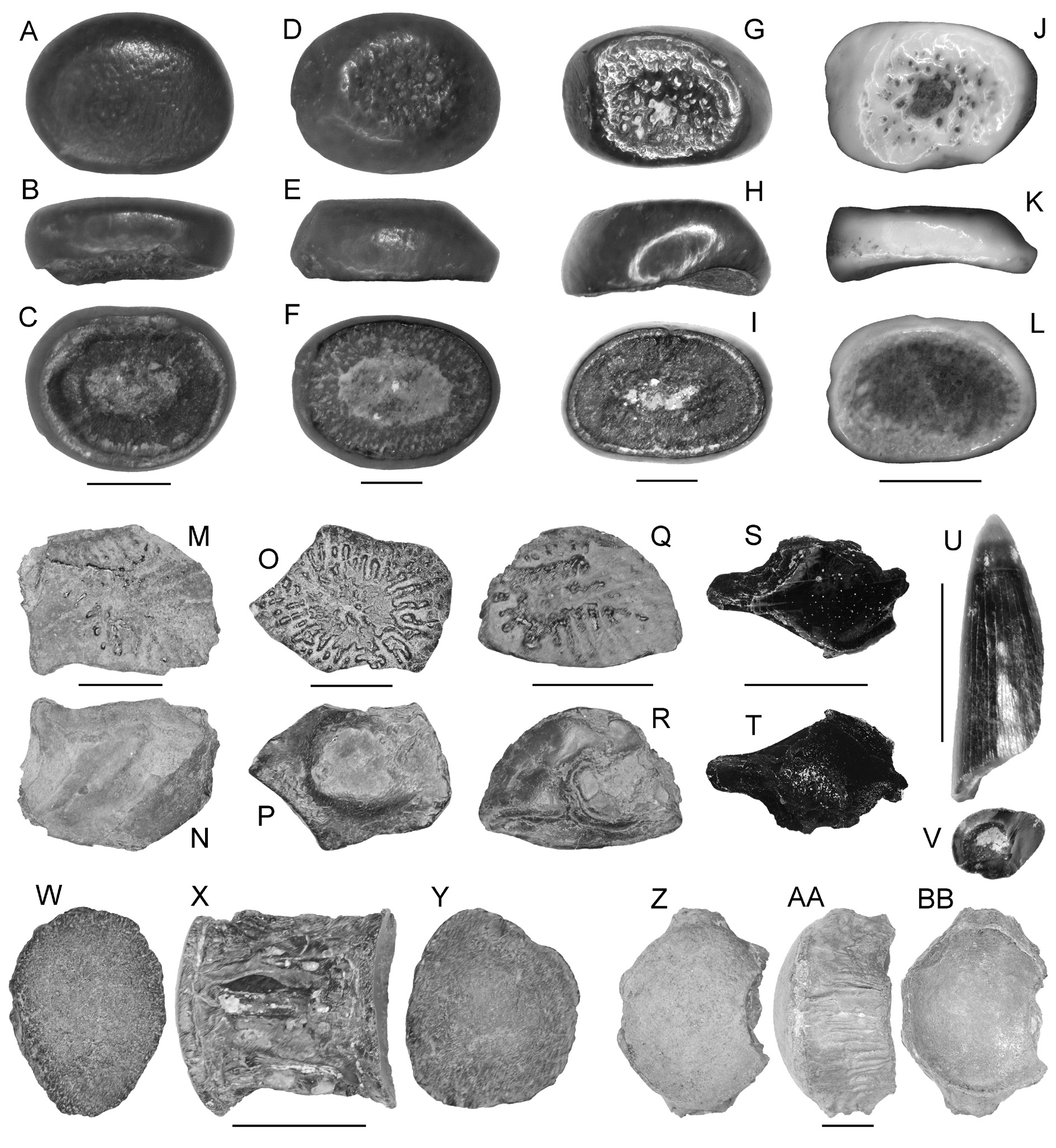