The teeth described above appear to be conspecific with White’s (1926) Trichiurus oshosunensis  from the early-to-middle Eocene of Nigeria. Although similar to the Sphyraena  laniary teeth we examined, they can be distinguished by being much more sinuous in profile. In contrast, laniary teeth of Sphyraena  have an oblique, slightly sinuous anterior margin but nearly vertical posterior margin. Arambourg (1952: pl. 35, figs 43–45, 53–56) figured several teeth he assigned to T. oshosunensis  that better fit our definition of Sphyraena  sp. in that they have anterior and posterior carinae and are lanceolate in form. Unfortunately, White (1926) only illustrated laniary teeth, and the morphology of other T. oshosunensis  teeth is uncertain. Until more complete specimens are known, we restrict the usage of T. oshosunensis  to teeth that match White’s (1926) type description.

Trichiurus oshosunensis  differs from Eutrichiurides plicidens  comb. nov. in having a single anterior carina and by lacking posterior crown ornament. It differs from Trichiurides sagittidens  in being laterally compressed along the entire crown height (not just apically), by having a smaller posterior barb (if present), and by having a teardrop-shaped basal outline (not circular). A laniary tooth identified as Sphyraena  sp. by Maisch et al. (2016) is herein considered to be T. oshosunensis  . Also, our examination of a specimen that Thurmond & Jones (1981: fig. 50) referred to Trichiurides  sp. (specimen ALMNH PV2005.6.432) is also referred to T. oshosunensis  .

Several of the teeth in our sample lack a posterior barb, a feature that Gago (1997) noted as being absent on juveniles of extant Trichiurus  and could reflect ontogeny as opposed to jaw heterodonty.

The specimens in our sample were collected from the contact of the Tallahatta and Lisbon formations at sites ACh-14 and ACov-11, and the basal Lisbon Formation at site ACov-11. Lower Lutetian, zones NP14 and NP15. 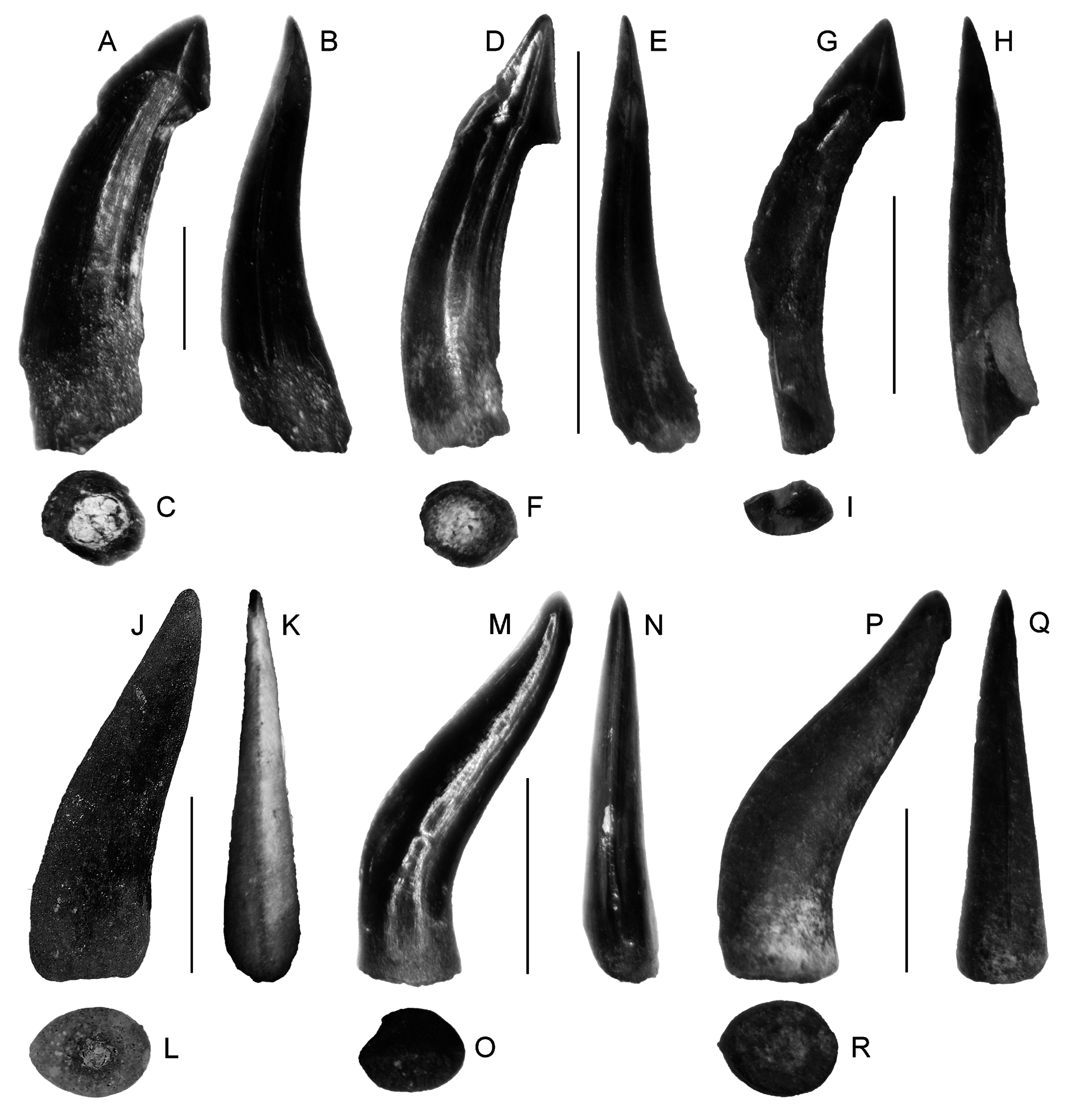