Six specimens in our sample are tentatively assigned to Fisherichthys folmeri  because they exhibit the features of the type and only known species. The conical profile, apical tubercles, and basal cingulum serve to distinguish teeth of Fisherichthys  in our sample from the somewhat similar teeth of Albula  , Paralbula  , Pycnodus  , and Egertonia  .

The occurrence of Fisherichthys in Claiborne  Group strata, particularly in the Gosport Sand, represents the stratigraphically youngest records for the genus, which was previously not known to occur beyond Zone NP11 of the Ypresian Stage ( Case 1994b; Weems 1999; Cicimurri & Knight 2009). Our tentative species identification is due to our small sample size and much younger stratigraphic occurrence.

The specimens in our sample were collected from the basal Lisbon Formation at site ACov-11 and the basal Gosport Sand at site ACl-4. Lower Lutetian to middle Bartonian, zones NP15 to NP17. 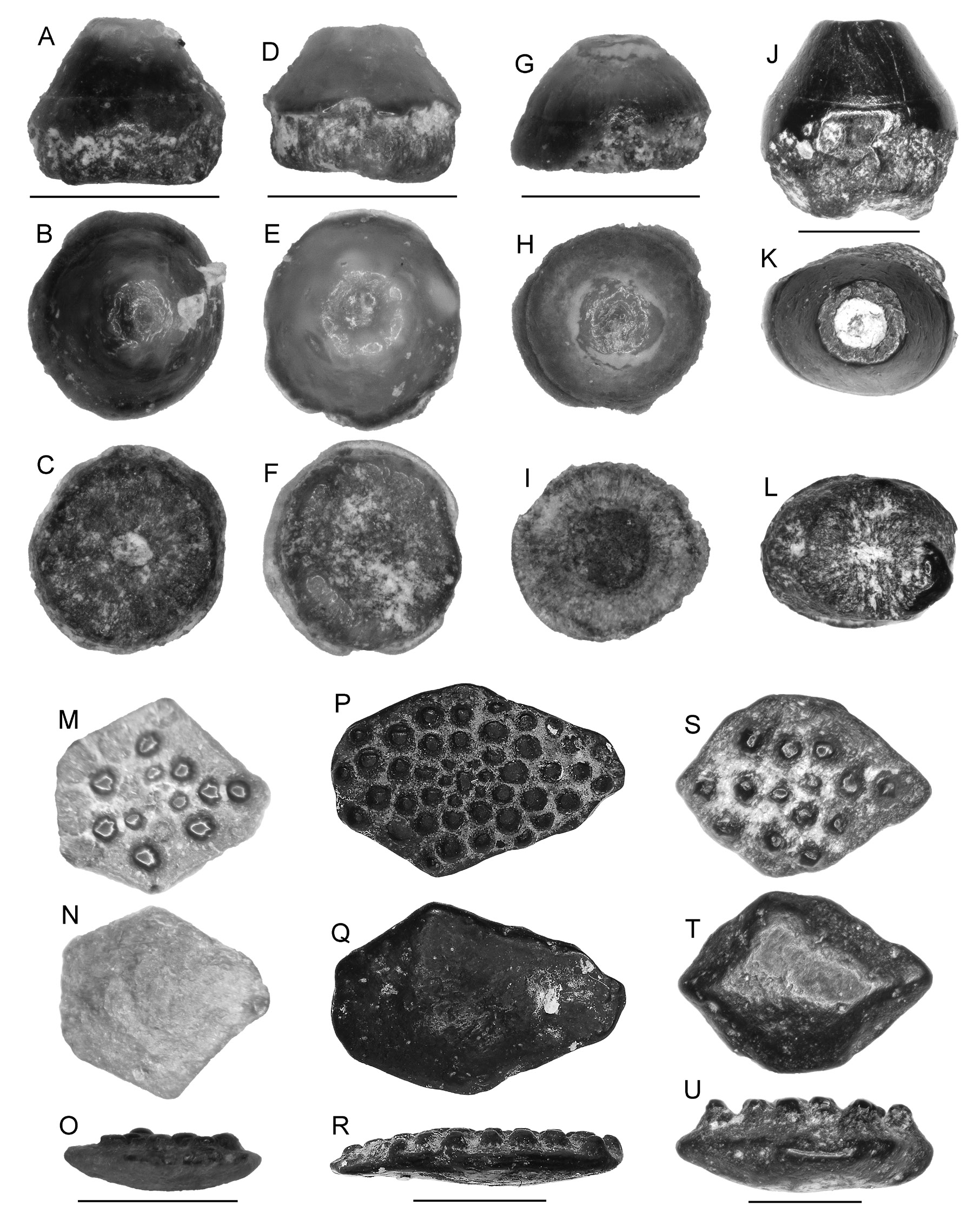