Nolf was one of the first to recognize that the fossil genus Brazosiella  was actually the Recent genus Lactarius  ( Nolf 1974, 1980, 1985), and Müller (1999) presented evidence that Brazosiella moseleyi  should be referred to as Lactarius amplus  . There has been considerable debate about Brazosiella mosleyi  since its original description by Frizzell & Dante (1965). The original description of the species was based on a suite of specimens rather than the holotype, which was broken and worn, and many of the specimens in the suite were juveniles. Additionally, the holotype was not figured in the original description. Rather, the paratype was figured showing the inner and outer faces, and the image of the inner face was indistinct. Therefore, it has been difficult to evaluate the validity of the species ( Nolf 1985, 2013). A careful study of specimens of Lactarius  from various middle Eocene sites does seem to indicate that there is another distinct species in addition to L. kokeni  (see above). Based on Müller’s (1999) findings, we utilize the species L. amplus  in this study. Interestingly L. amplus  shares many features with the Recent species L. lactarius  (see Nolf 1985: fig. 63d).

Müller (1999) described L. amplus  from the middle Eocene Piney Point Formation of Virginia. His description was based on 117 specimens. Like L. kokeni  , otoliths of L. amplus  are common in many of the Claiborne formations in Alabama, Louisiana, and Texas ( Frizzell & Dante 1965; Stringer & Breard 1997; Breard & Stringer 1999; Müller 1999).

All the specimens of Lactarius amplus  were found in the “upper” Lisbon Formation at site ACh-8. Bartonian, zones NP16 and NP17. 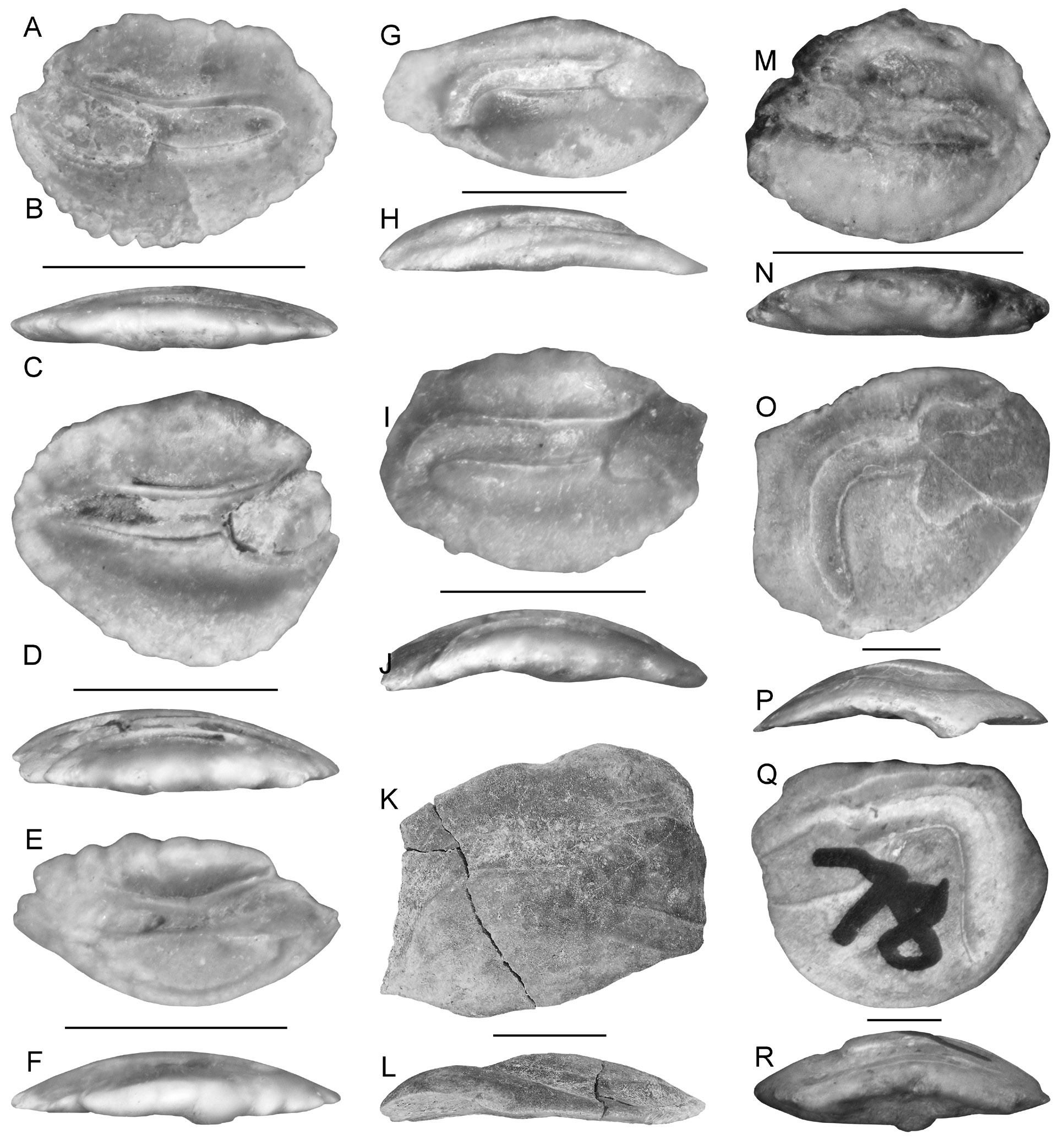