The teeth in our sample appear conspecific to the holotype of G. louisi Adnet & Cappetta, 2008  in that they have extensive folds and notches present along the entire width of the labial crown base. This ornamentation is indistinct or absent on the teeth of G. minutissimus  , present only beneath the heels on the teeth of G. mesetaensis  , and is much less extensive on the teeth of G. duchaussoisi  (see above) and G. ypresiensis  (see below).

The specimens in our sample were collected from the Tallahatta Formation at site AMo-8. Lower Lutetian, Zone NP14. 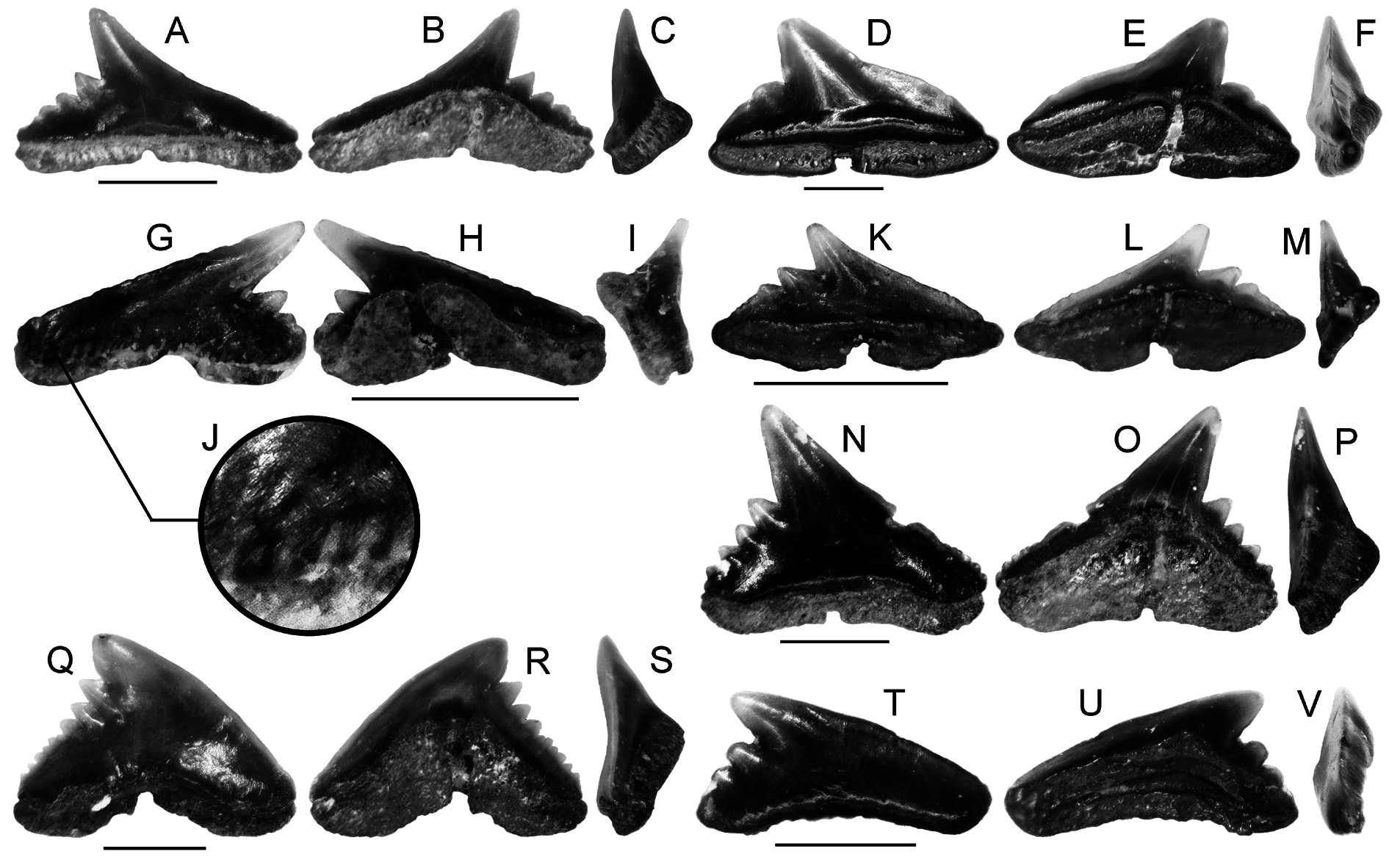