Diagnosis: Yellowish to light reddish brown; antennal scrobe subrectate, not projected beyond antennal socket; mesepimeron distinctly projected ventrad; elytra with a central darkened macula; abdominal sternites 1 and 2 separate; aedeagal apical projection long and narrow. Azotoctla angustacra closely resembles A. tibiatra and some specimens of A. femorata from Ecuador by virtue of a darkened macula on the elytra, although it can be separated from the former species by the homogeneously coloured tibiae. Azotoctla angustacra is distinguished from A. femorata by its smaller size (i.e. 2.2–2.3 mm vs. 2.5– 3.0 mm in A. femorata ) and by a dorsally arcuate and ventrally subrectate rostrum that is similar in both sexes, whereas in A. femorata the rostrum is subrectate in males and strongly curved in females. Azotoctla angustacra is furthermore readily separated from other Azotoctla species by the slender and T-shaped basal portion of the basal plate of the male sternum 9, and by the narrowly elongate aedeagus (more than four times longer than wide), which has a long and narrow apical projection.

Etymology: Named in reference to the narrow shape of the aedeagal apex, through combination of the Latin word angustus, which means ‘narrow’ and the Greek word akron, which means ‘tip’ ( Brown, 1956).

Natural history: Azotoctla angustacra is known from the western lowlands of Ecuador ( Fig. 35 View Figure 35 ), and specifically from the western flange of the Andean Cordillera where it occurs sympatrically with A. aecuatorialis and A. femorata (see also Natural history section of A. aecuatorialis ). An association with Cyclanthaceae is highly probable in spite of the specimen label information, which probably represents a common identification error. 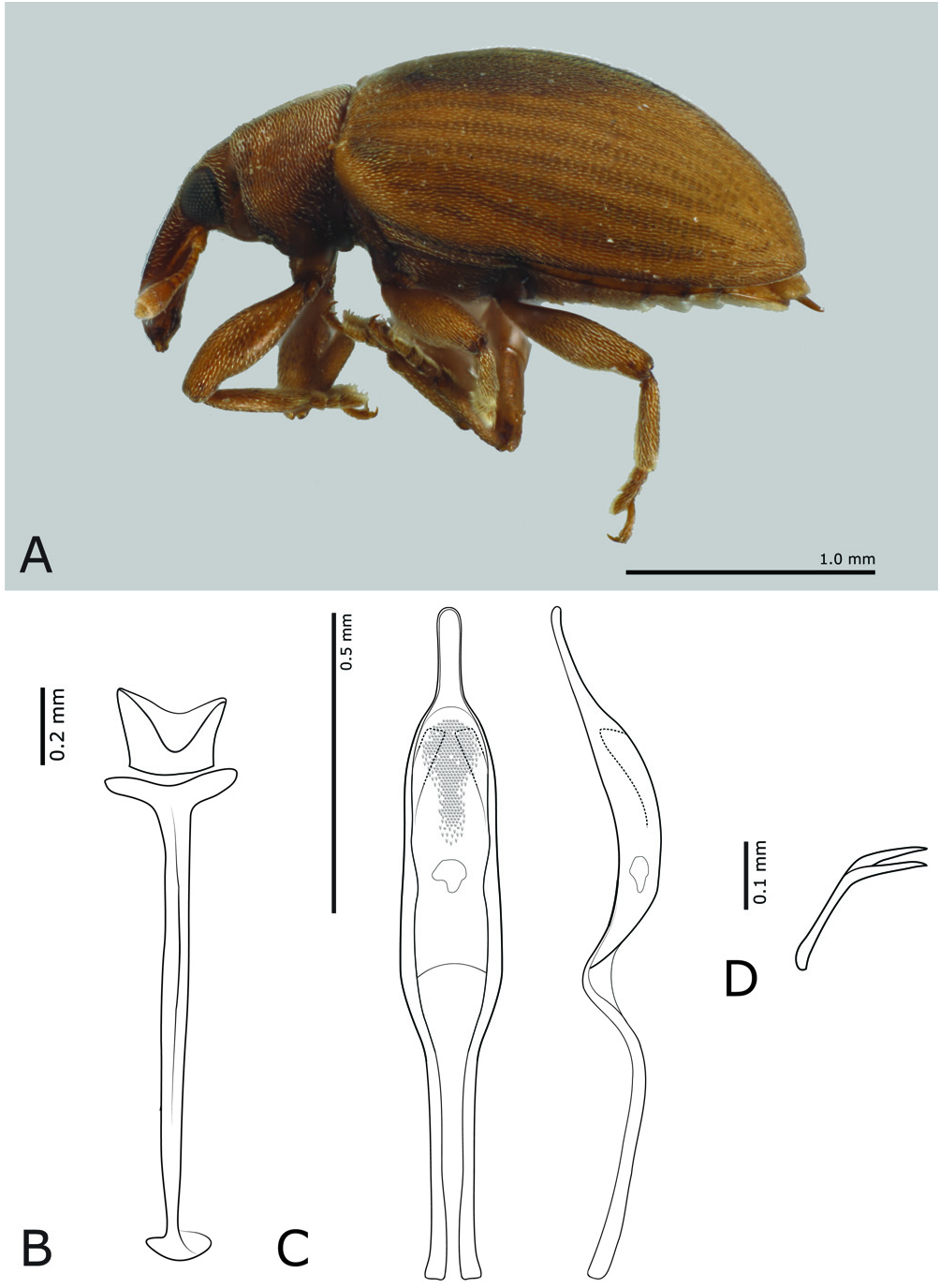