This species is most similar to O. nebula but can be recognized by the more coarsely reticulate sculpture on the face ( Fig. 24B View FIGURE 24 ), a generally larger MSP:EYH that gives the head a more triangular, less circular appearance, and a longer/thinner petiole in both sexes.

Planidium. Described by Wheeler and Wheeler (1937).

Pupa. Fits the general description for Oraseminae pupae provide by Heraty (1994), with three large tubercles along the dorsal margin of the petiole and the prominent transverse abdominal ridges being the most diagnostic features of the subfamily. This species has stronger tubercles coming from the abdominal ridges than the pupa of O. tolteca ( Fig. 19D View FIGURE 19 ).

Both species of Solenopsis make their nests in dead twigs, where parasitized brood and Orasema pupae were found. In southern Mexico, dead twigs were placed as baits at coffee plantations to monitor Solenopsis activity, and O. sixaolae were found in many of these plantations (de la Mora Rodríguez et al., unpublished).

Discussion. This species has the largest known distribution of any species in Oraseminae , even though it is far less morphologically diverse than O. coloradensis . Specimens of O. sixaolae have been collected at a fairly even rate throughout the year (49 records), indicating that tropical/subtropical species of Orasema are far less ephemeral than the temperate species found in the Nearctic. Despite their presence in previous collections, our sampling in Trinidad (2013) and Costa Rica (2016) failed to find any additional O. sixaolae . 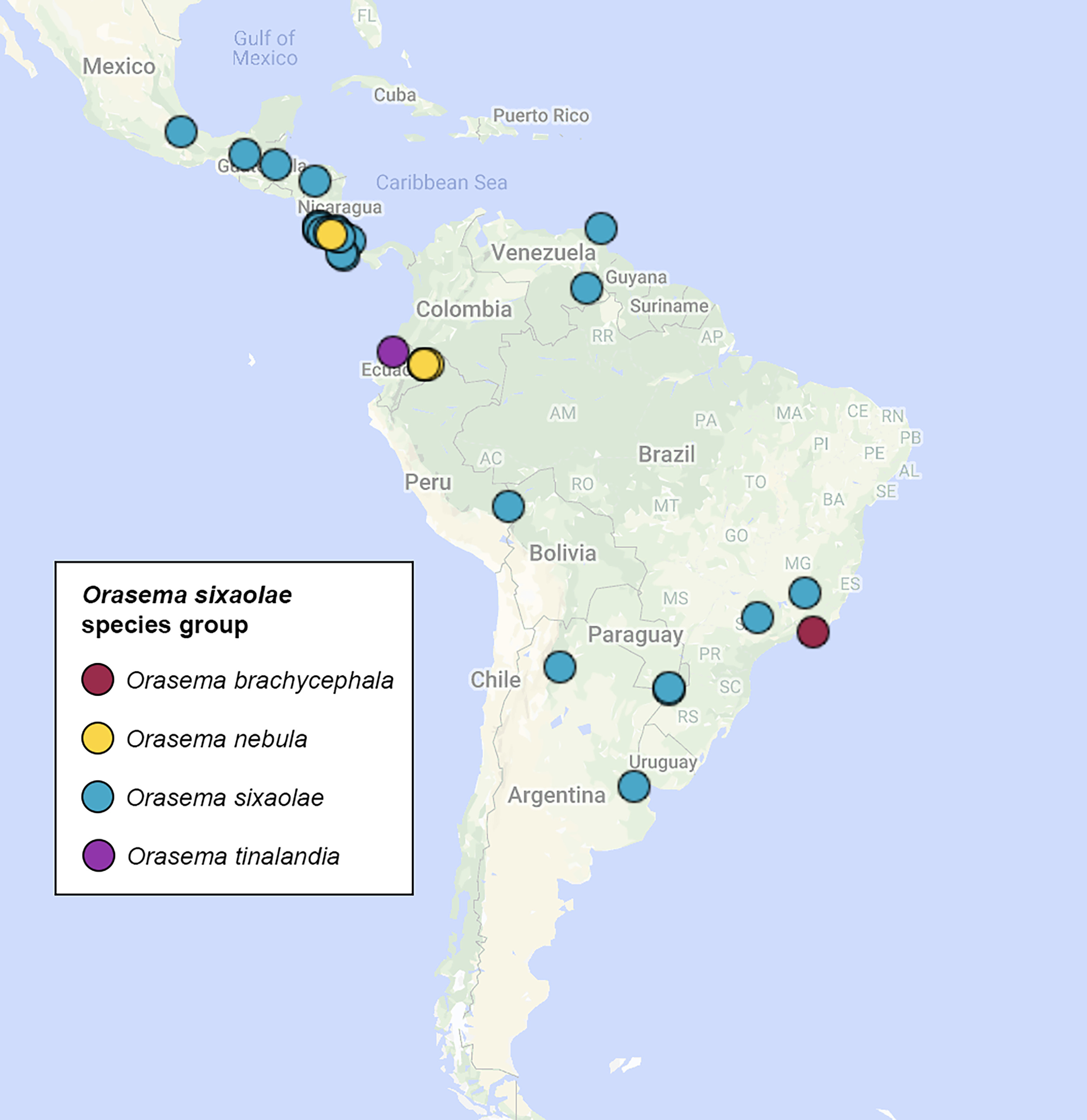 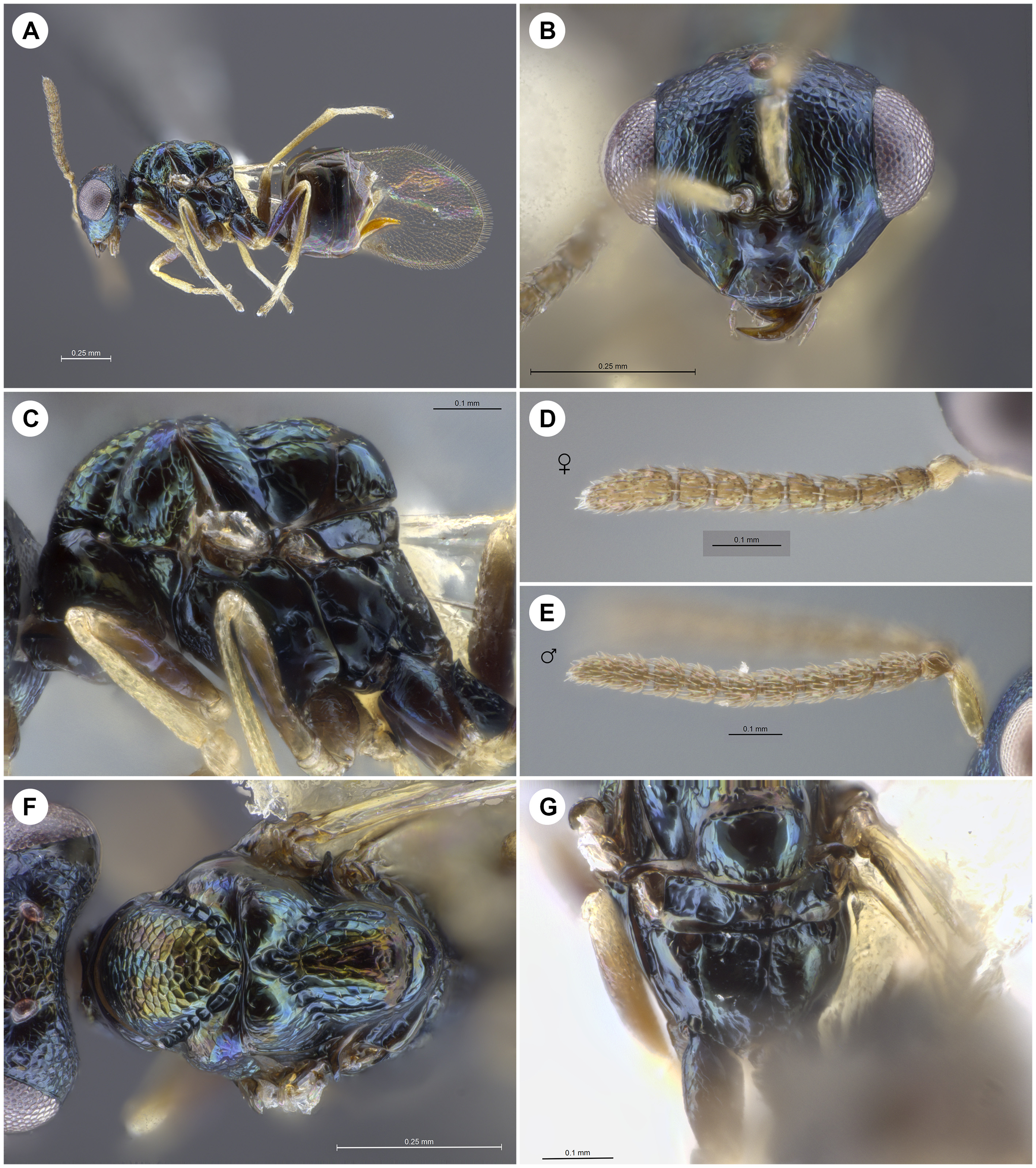