Remarks. The females from the Brazilian Cerrado from the State of Goiás, cited by Belle (1980) as C. waltheri , are badly preserved, partially broken and moldy. We cannot identify these specimens, even although they are similar in size and color to C. angelomachadoi sp. nov. However, the female of C. comparabilis is still unknown, and the only bona fide female of C. angelomachadoi sp. nov. is missing S 5–10 (see under that species); both species also are known only from the Brazilian Cerrado. We are confident that they do not represent the Atlantic Forest C. waltheri based on locality data, since they are also smaller than specimens from Rio de Janeiro State collected close to the type locality, as well as paler (pale dorsal surface of metathoracic tibia is black in C. waltheri , Fig. 3 View FIGURE 3 B). Images of the subgenital plates are given for future comparisons ( Fig. 9 View FIGURE 9 D).

Carvalho & Nessimian (1998) cited C. waltheri from Bahia State, Brazil, based on collected larvae (see also remarks under C. waltheri ). The larva that may be C. waltheri is relative common in southeastern Brazil and was recently collected in another site in Bahia State (APP unpublished). However, since the F-0 larva of this species was described by supposition (see Belle 1996), the identity of these specimens needs confirmation. 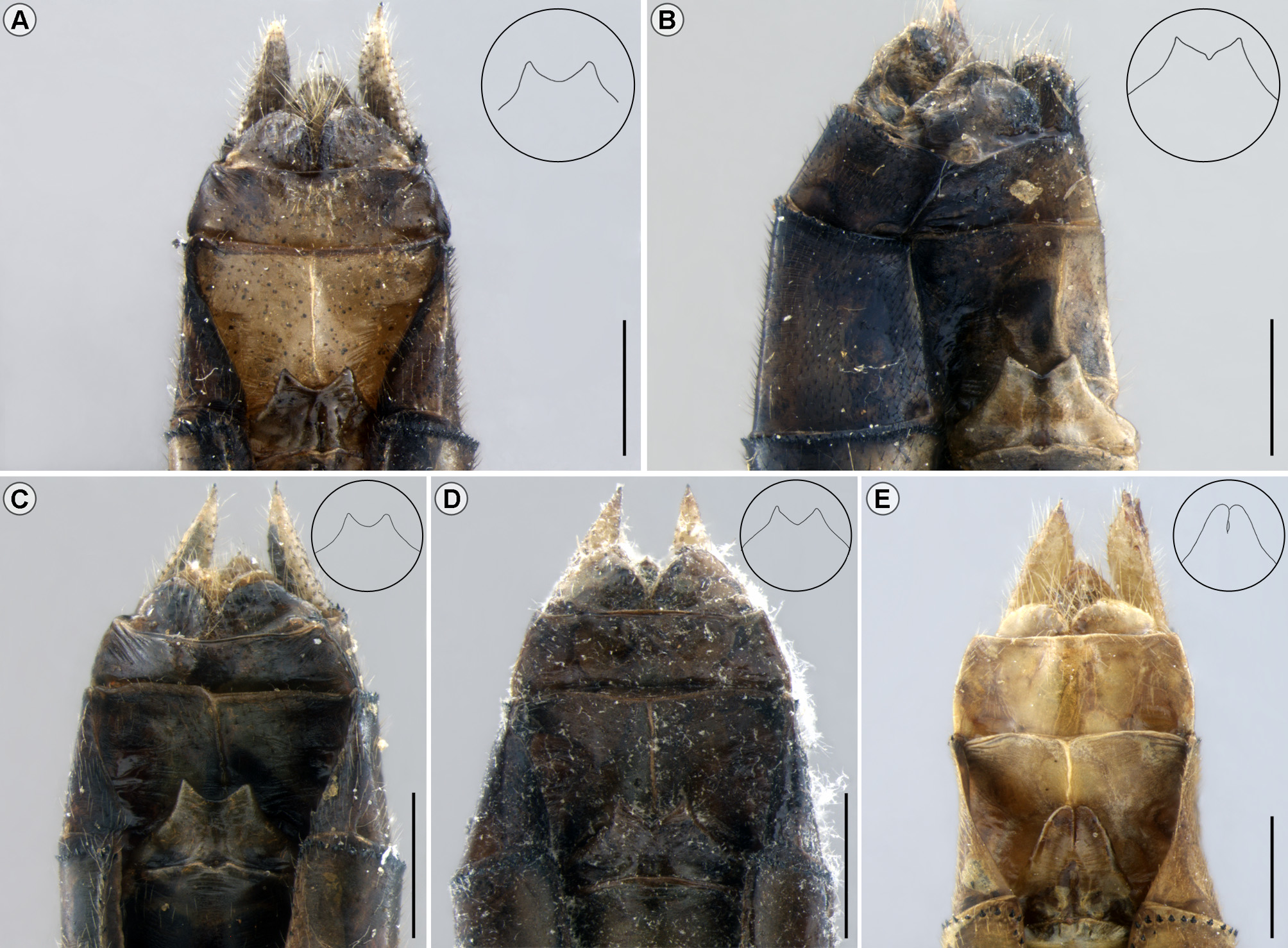