Etymology. This species is named after the province where it was collected.

Distribution. Known only from the type locality. The species was found at about 10–15 cm soil depth.

Remarks. Metaphire trangensis sp. n. is octochaetal with spermathecal pores in 5 / 6–8 / 9, and it has no genital markings. This species keys out with the ignobilis species group, which contains six species ( Sims & Easton 1972): M. dalatana ( Michaelsen, 1934) and M. langbiangi ( Michaelsen, 1934) from Vietnam, M. ignobilis ( Gates, 1935) from China, M. feuerborni (Michaelsen, 1932) from southern Sumatra, M. riukiuensis ( Ohfuchi, 1957) and M. tosaensis ( Ohfuchi, 1938) from Japan. The first four species are smaller than M. trangensis sp. n., their body length and diameter not exceeding 100 mm and 2.5–3 mm, respectively. The two species from Japan are about as large as M. trangensis sp. n. The new species differs from them in the aspect of the male field. The secondary male openings of M. trangensis sp. n. have the shape of transverse slits invaginated into segment XVIII, while M. riukiuensis has seminal grooves from segment XVII to XIX, and M. tosaensis has male openings on slightly elevated oblong areas. Moreover, both M. riukuiensis and M. tosaensis have serrate intestinal caeca and elongate spermathecal diverticula. 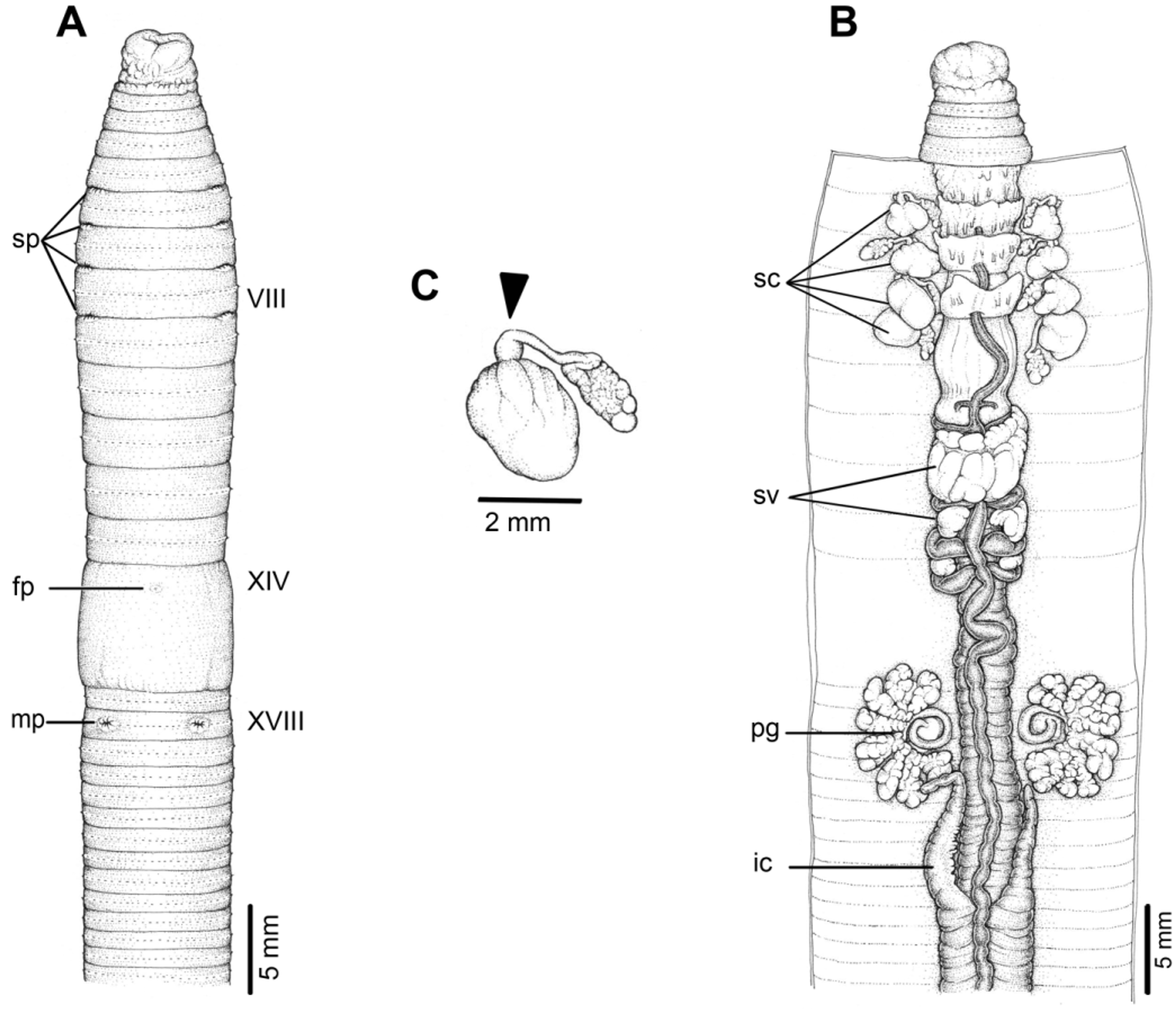