Hooks in notopodia from chaetigers 24–51, up to six in a series among capillaries. Hooks in neuropodia from chaetigers 11–18, up to 11 in a series, accompanied by inferior sabre chaetae and alternating capillaries throughout. Alternating capillaries thin, with narrow wing in anterior neuropodia, gradually becoming alimbate in posterior chaetigers, 2–3 times as long as hooks. Hooks with outer and small inner hoods, multidentate, with 2–6 pairs of small upper teeth situated in two vertical rows above main fang; shaft slightly bent ( Fig. 17View FIGURE 17 H). Hooks in anterior neuropodia of small individuals with 2–3 pairs of small upper teeth above main fang; hooks in large individuals with 4–6 pairs of upper teeth.

Reproduction. Prionospio kulin  is gonochoristic. Both in female and males gametes develop from chaetiger 12 to chaetigers 41–72. Oogenesis is intraovarian. Vitellogenic oocytes develop in ovaries attached to segmental blood vessels. One female (AM W. 45249) had intraovarian oocytes up to 100 µm in diameter, with germinal vesicle about 50 µm and single nucleolus 30 µm in diameter ( Fig. 17View FIGURE 17 I). Oocyte envelope is 2–3 µm thick, with rugose external surface and about 10 depressions (vesicles) arranged in a circle; each vesicle is about 10 µm in diameter and 8–9 µm deep, with external opening about 5 µm in diameter. Spermatogonia proliferate in testes; spermatogenesis occurs in the coelomic cavity. Spermatids are joined in tetrads. Spermatozoa are ect-aquasperm with small acrosome, spherical nucleus 2–3 µm in diameter, spherical mitochondria probably four in number, and a long flagellum.

Prionospio  from around Lizard Island and Darwin appear similar to P. kulin  and are herein referred to this species. Change of the dentition of hooks in ontogenesis, and oocytes with rugose vesiculate envelope are reported for the first time for Prionospio  .

Habitat. In this study, adult P. kulin  were found in fine coral sand and rubbles from intertidal to 21 m depth. 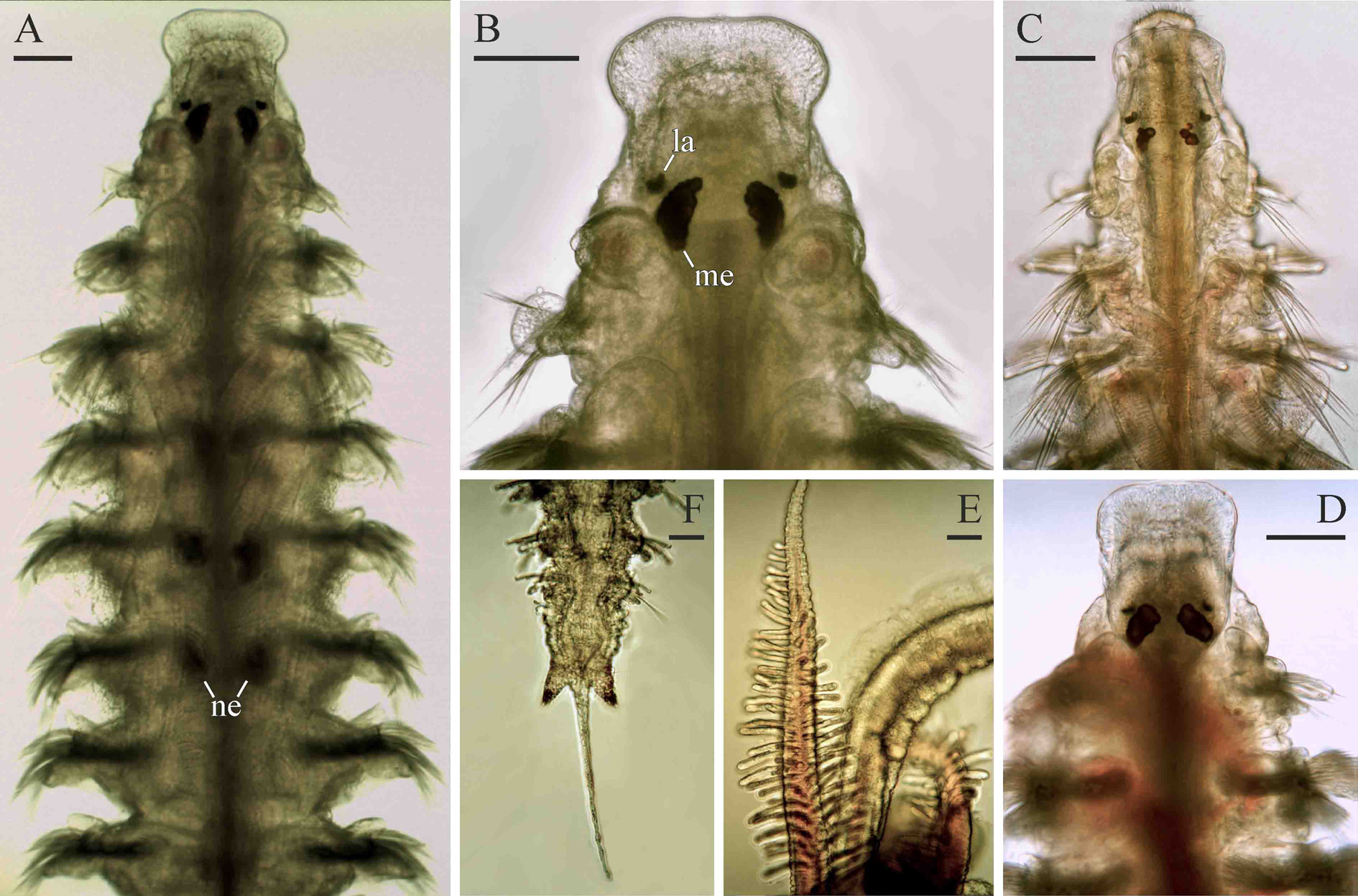 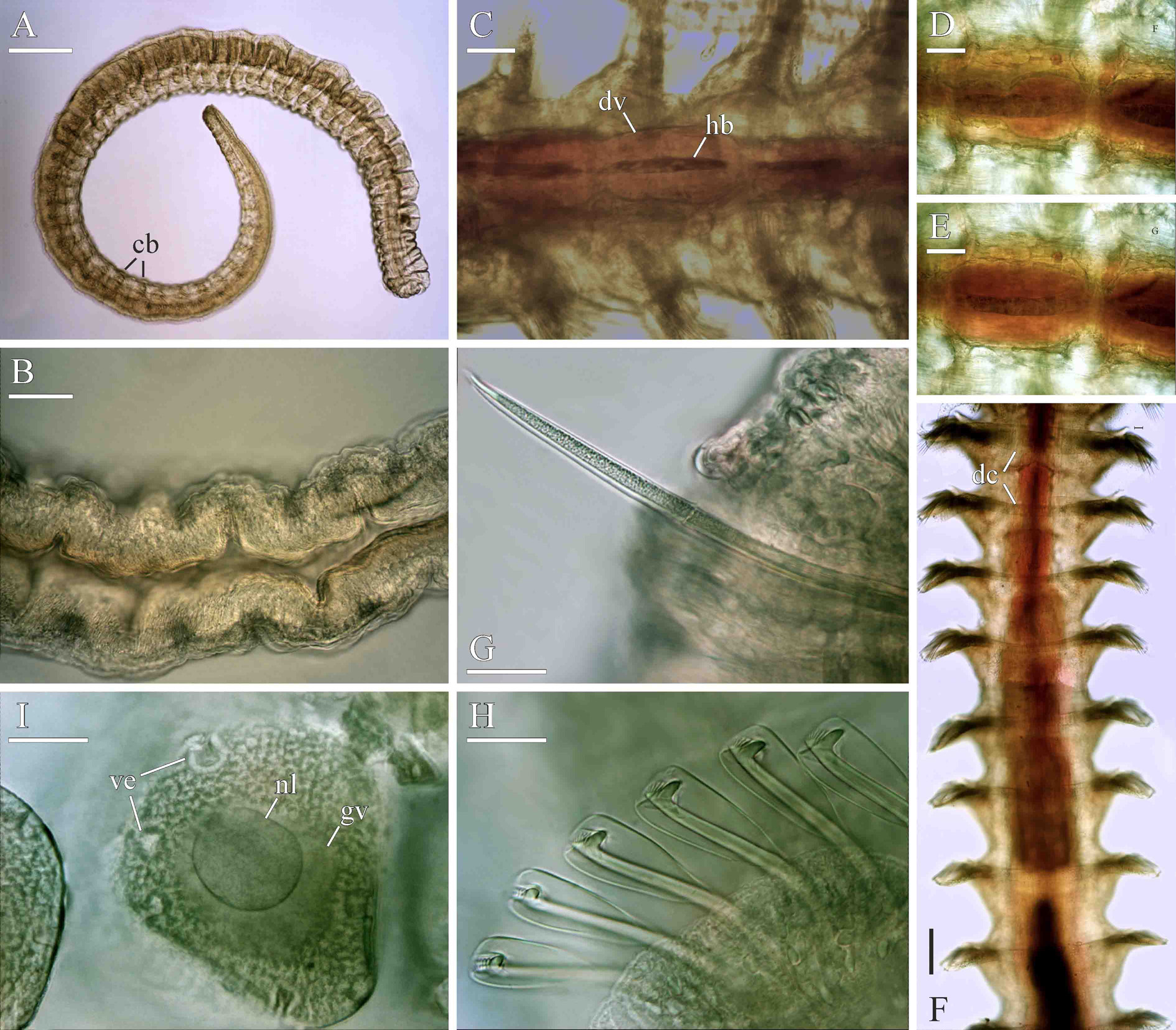