Sabre chaetae in neuropodia from chaetiger 10, 1– 2 in a tuft, with narrow wing and fine granulation on distal half of shaft.

Heart body up to 20 µm in diameter extending inside main dorsal vessel from level of chaetigers 3–4 through chaetigers 11–14. Blood red, without globules or other elements.

Reproduction. All individuals of P. aucklandica  collected around Lizard Island Group in August 2013 were immature.

Remarks. Prionospio aucklandica  was originally described from Port Ross, Auckland Island, New Zealand by Augener (1923, 1926). The only two types of the species have never been re-described and were apparently lost. The most characteristic features of the species reported by Augener (1923, 1926) included three pairs of pinnate branchiae on chaetigers 2–4, sabre chaetae from chaetiger 10 and hooded hooks in neuropodia from chaetiger 19. Foster (1971) noticed that similar features were also present in P. krusadensis  described from Krusadai Island, India by Fauvel (1929) and considered the latter species to be a junior synonym of Aquilaspio aucklandica  1.

1. Foster (1971) established a new genus Aquilaspio  to encompass Prionospio  members with two to four pairs of only pinnate branchiae beginning from chaetiger 2. The taxon was treated as genus or a subgenus by following authors but Wilson (1990) and Sigvaldadóttir (1998) placed those species back into Prionospio sensu  lato (see above Remarks to the Prionospio sensu  lato section). In the absence of a phylogenetic hypothesis about relationships of the Prionospio  members and support of monophyly of Aquilaspio  , it would be however practical to recognize non-taxonomic groups of species based on shared simple diagnostic characters. One of those groups may include Prionospio  members with three pairs of only pinnate branchiae beginning from chaetiger 2 and be referred to as the Prionospio aucklandica  group of species.

Habitat. In this study, adult P. aucklandica  were found in coral sand and rubble at 6–16 m depth. Distribution. Auckland Island, New Zealand; possibly all around Australia. This is the first report of P. aucklandica  from Queensland. 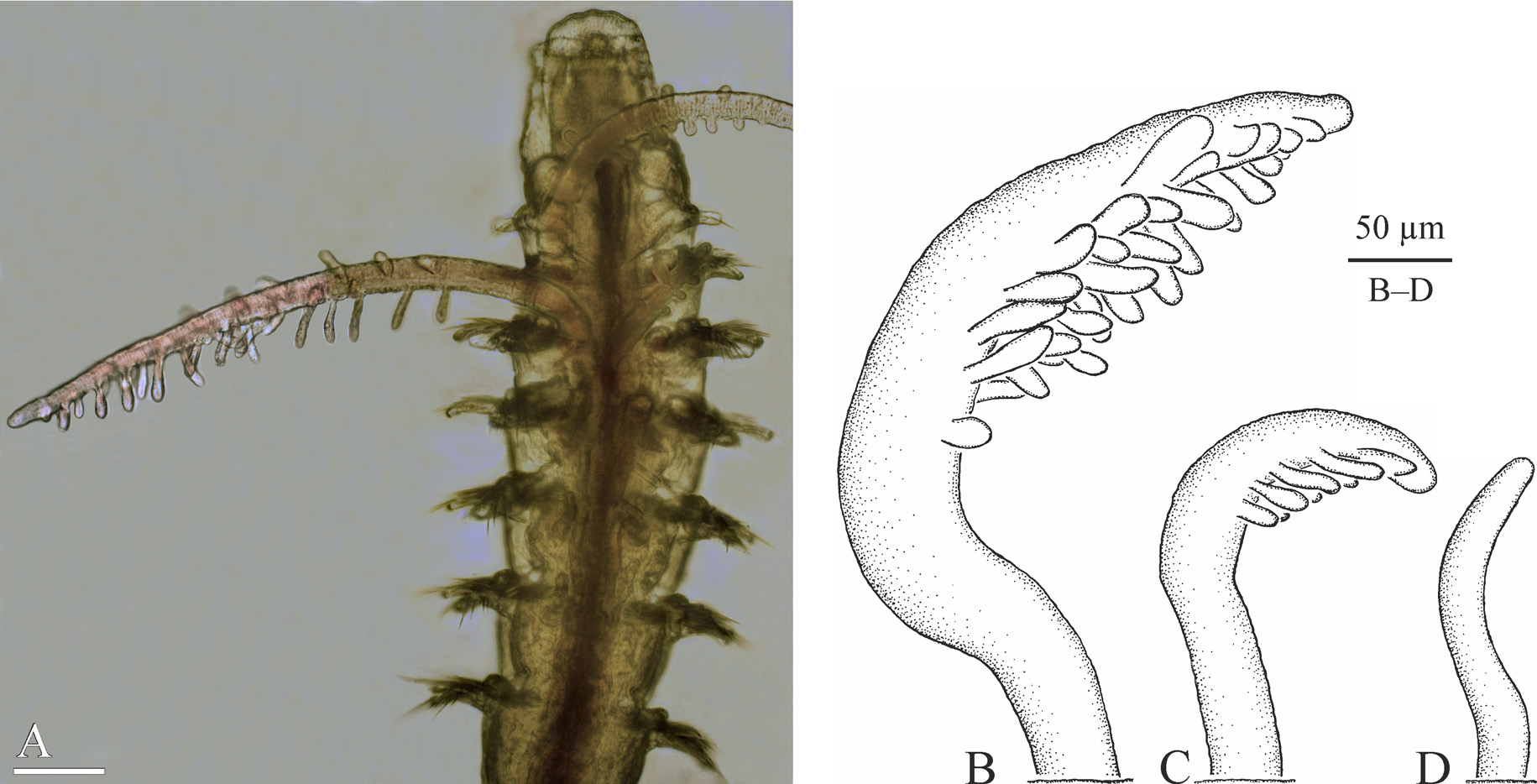