ETYMOLOGY. — This species is named after Dr Hiro’omi Uchida, in recognition of his publications on hesionid polychaetes, and because he illustrated the pigmentation pattern shown by living specimens of this species.

DISTRIBUTION. — From Japan to the Philippines to Western Australia, in mixed bottoms in areas up to 12 m water depth.

Tentacular cirri without tips, articulated throughout its length, longest one reaching chaetiger 5. Lateral cushions projected, most with surface smooth.

Preserved specimens with dorsal, brownish longitudinal, irregular, thin bands, middorsal areas include a colorless squarish to as wide as long spot in chaetal lobes section, and a darker as long as wide spot immediately ahead of the colorless spots ( Fig. 56View FIG A-D), smaller in chaetiger 1, progressively longer towards posterior end. The area having the middorsal darker spot, is slightly darker along a transverse band half as wide as each segment, better defined along anterior segments. In other specimens (UF 1170), having pigmentation less intense, these pigmentation bands are retained, especially along the anterior tip of lateral cushions. Pigmentation present in prostomium as small round spots ahead of eyes, or diffuse along the basal pharyngeal ring ( Fig. 56BView FIG); anterior and posterior eyes dark brown, of similar size. Brownish pigmentation extended into lateral cushions leaving a paler area at the same level as the middorsal paler spot ( Fig. 56CView FIG), giving the impression of two bands per segment.

Uchida (2010: 4) provided two photos for what he regarded as H. cf. ehlersi  . One is a dorsal view of the whole specimen; the other shows a few median body segments. In both, the discontinuous narrow darker, middorsal band is shown along with other paler longitudinal bands. Further, he also keyed out this species, as indicated elsewhere ( Jimi et al. 2017: 38), by emphasising the pigmentation pattern. Uchida (2010) regarded his material as resembling H. ehlersi Gravier, 1900  , but this latter species is colorless. Uchida might have confused the illustration for what Gravier recorded as H. pantherina Risso, 1828  (his figure 16 in plate 10). The illustration is a dorsal view of four midbody segments with longitudinal, discontinuous lines; this record, however, has been indicated above as belonging to H. ceylonica Grube, 1874  . 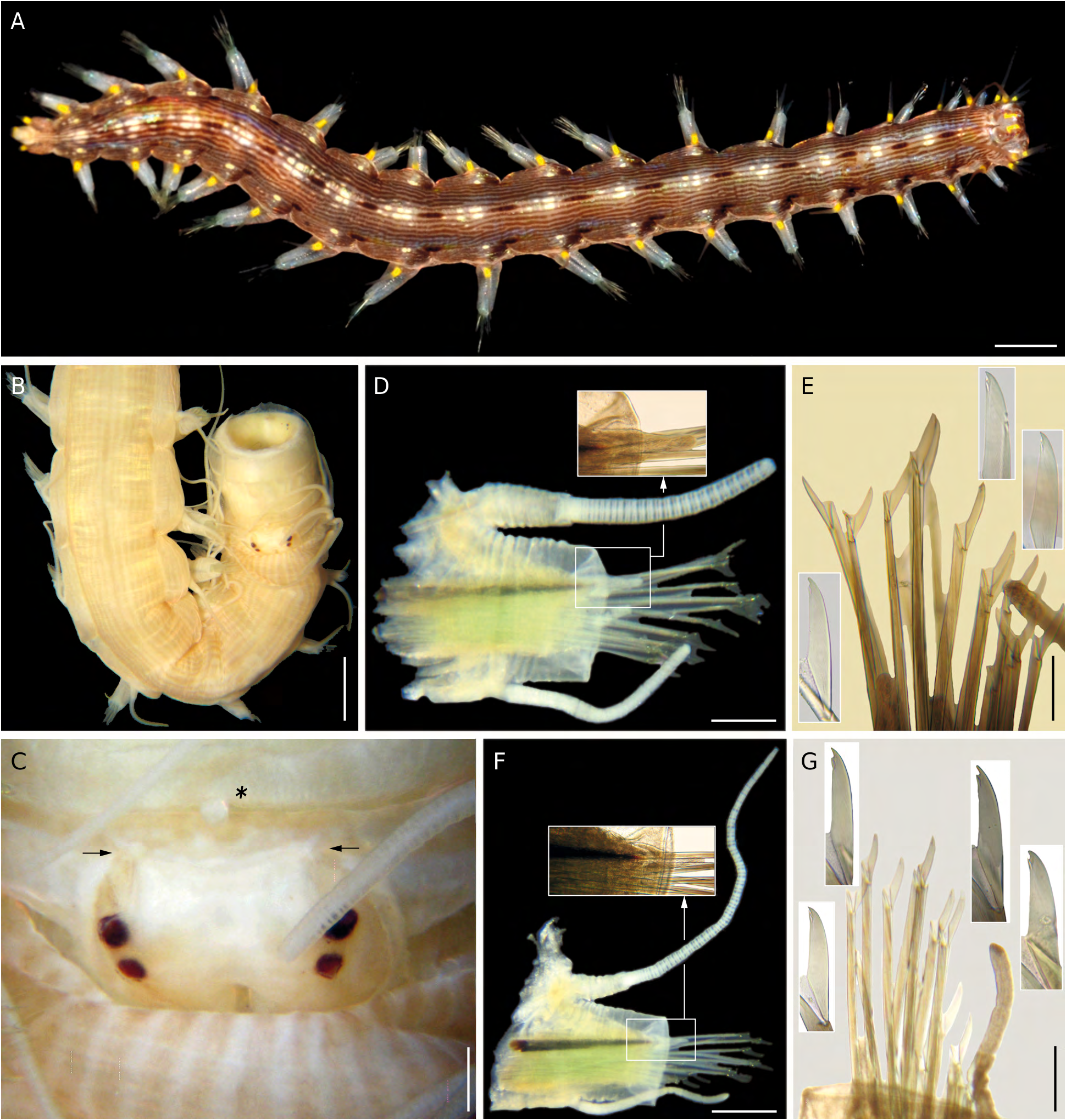 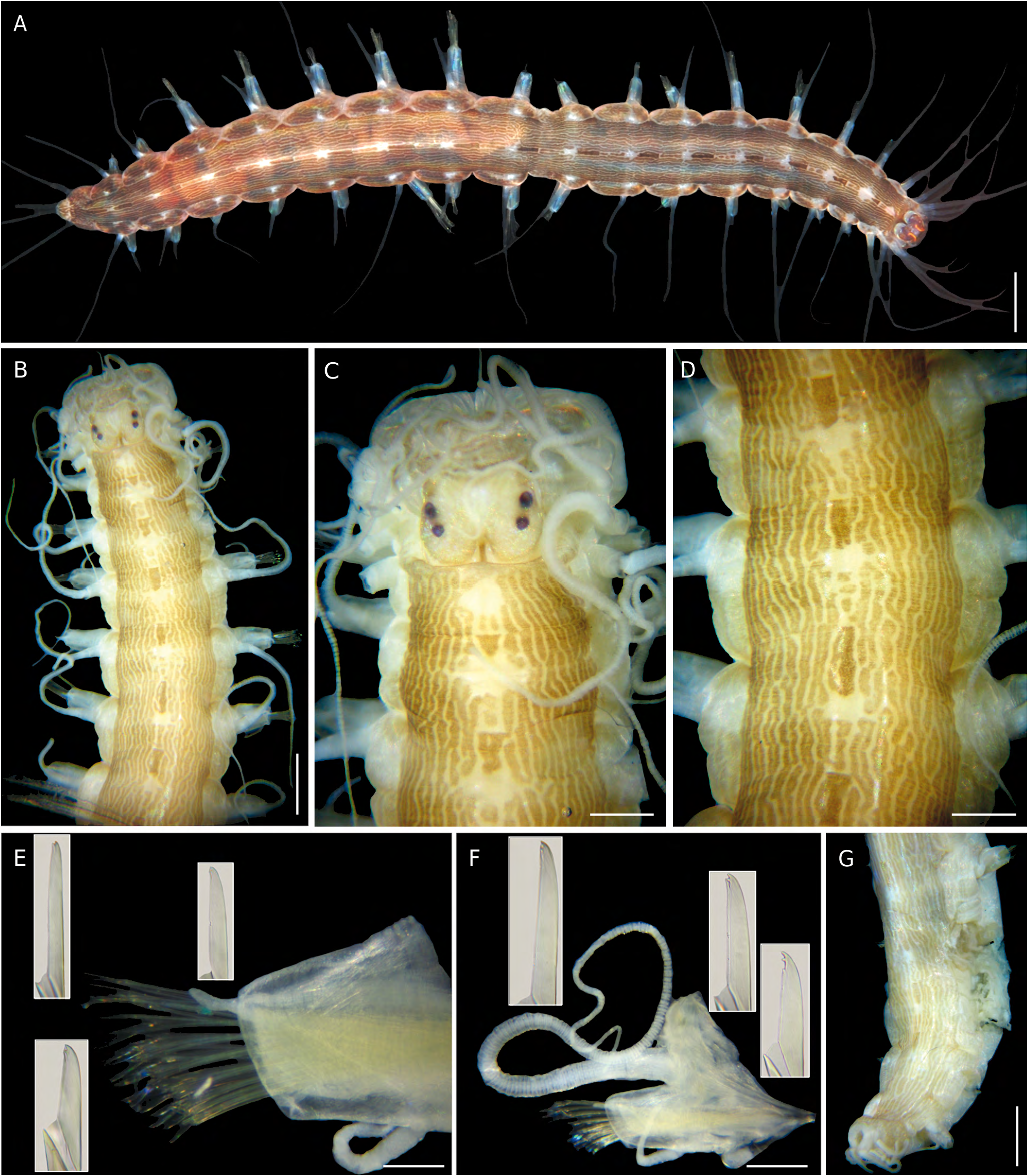